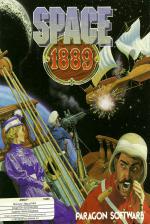 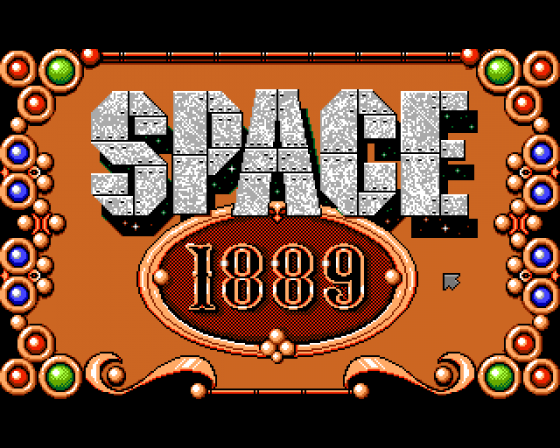 Cast, if you will, your minds back to issue two, when we reviewed Empire's Mega Traveller 1. Now substitute all the stuff about Elite for a bizarre plotline (one which will seem strangely familiar to fans of the Nemesis The Warlock stories in top comic 2000AD) concerning an alternative view of the Victorian age, one where the scientists of the era have also mastered the concept of space travel. Imagine yourself playing a prominent archaeologist of the time, searching for the mythical lost tomb of Tutankhamum, a quest which (for some reason) will take you out into the furthest reaches of the Solar System and beyond. Imagine that you've got the patience to hang around for seven or eight minutes of incessant disk swapping, compulsory formatting of blanks and all the rest of it, just to get started in the first place. Imagine all that, and you've pretty much got a full mental picture of Space 1889.

This is a game remarkably similar in more or less every way to its illustrious predecessor, except that it has a rather less friendly feel to it (the fighting system is particularly unwieldy). That doesn't stop it from being a great game, but I'm not so sure that it'll be as successful as Mega Traveller was in appealing to the kind of person who wouldn't normally go for this deep and involved stuff. Indeed, I'm almost completely certain that it *won't*, which is a pity - the whole idea of a pop-riveted, steam-powered Victorian view of the future, as een in Jules Verne et al, I find bizarrely appealing, and it's a shame that this won't find a wider audience. Such is life.

Before you go though, a few moments of your time on a subject that makes me irrationally angry and was touched upon in the review above - if I want to format a blank disk to save my games on, I'll bloody well decide to do it myself! It's phenomenally annoying to fork out a load of money on a game, load it up and be all ready to get right into it, and then to have to stop and rummage around desperately for a blank disk, then wait for it to be formatted before the game will let you proceed. What if you haven't got a blank disk handy? What if you live in the Faroe islands and you've just made your once-yearly flight to the mainland to buy a game, only to fly back and find that you can't play it because you haven't got a sodding blank? I understand, and applaud, the reasoning that allows you to back up your games in this way, but I would appreciate the choice - I'd like to be able to play off my originals if I want to.

And Space 1889 isn't even one of the worst offenders - we've all seen multiple-disk games that won't let you play the thing off the original disks at all, insisting that you make a back-up copy of everything and use that before it'll work. If you're going to do this, it's only fair and courteous to at least mention on the packaging that everything you need to play this game isn't included in the damn box! End of rant.

Another fine game in the Mega Traveller mould, distinguished by a wonderfully imaginative plot, but a touch more complicated, and I think many people will find it less accessible. Getting started is a pain, too (as you may have guessed from the time spent moaning about that in the review). If it's your thing, it's worth a go.

Another fine game in the Mega Traveller mould, distinguished by a wonderfully imaginative plot, but a touch more complicated, and I think many people will find it less accessible. 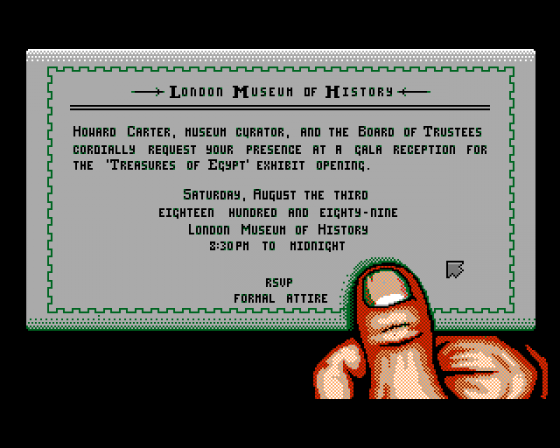 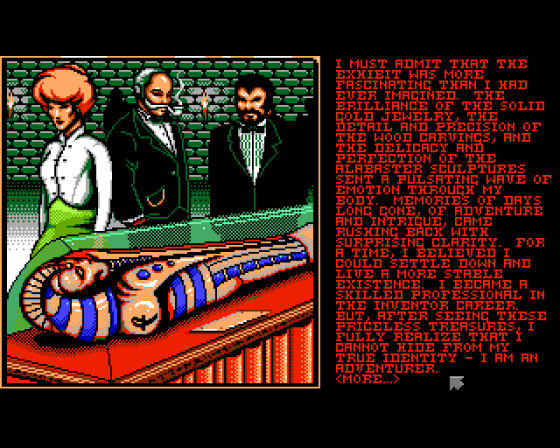 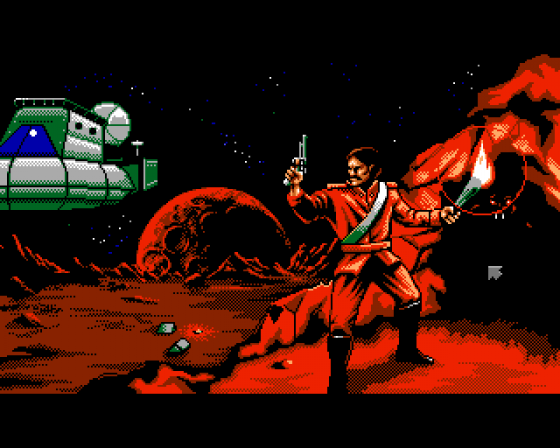 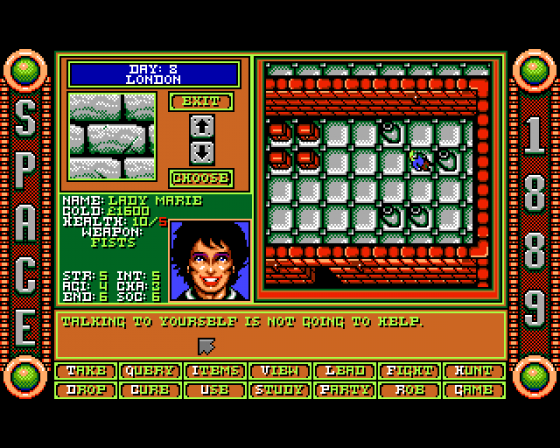 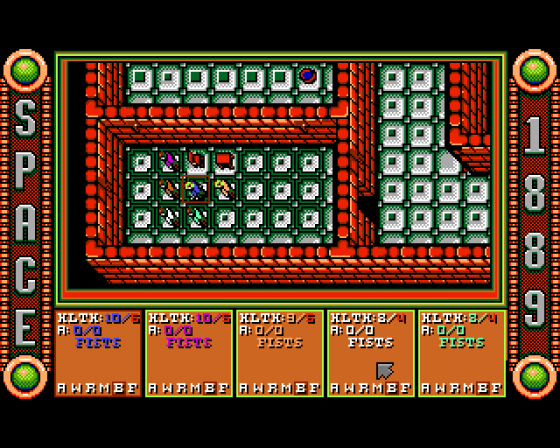 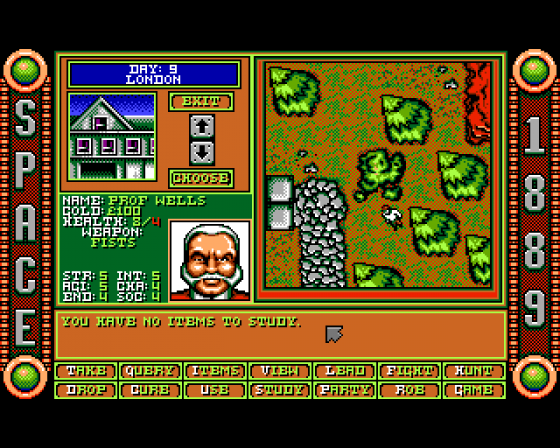 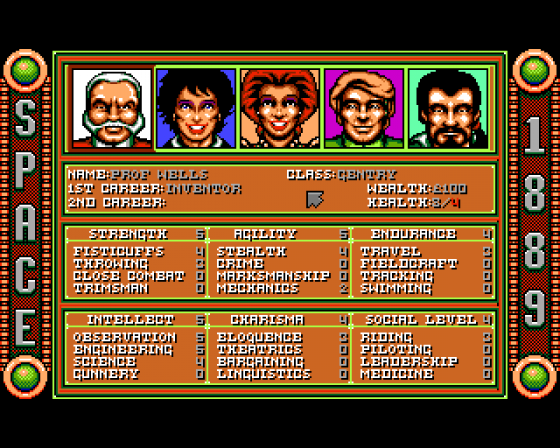 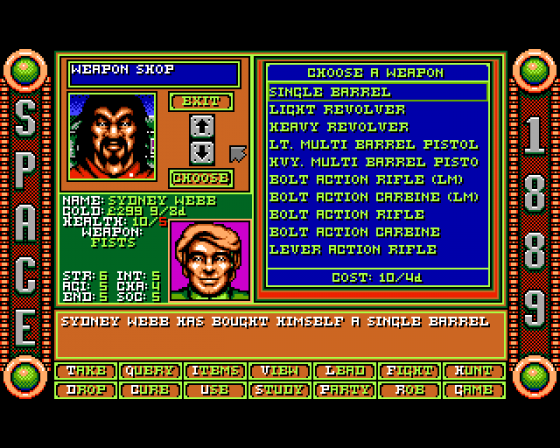 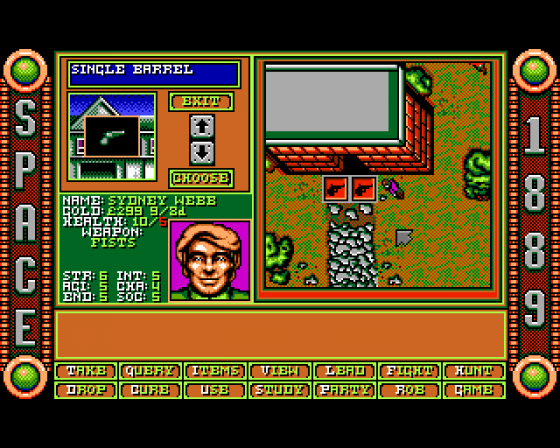