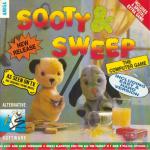 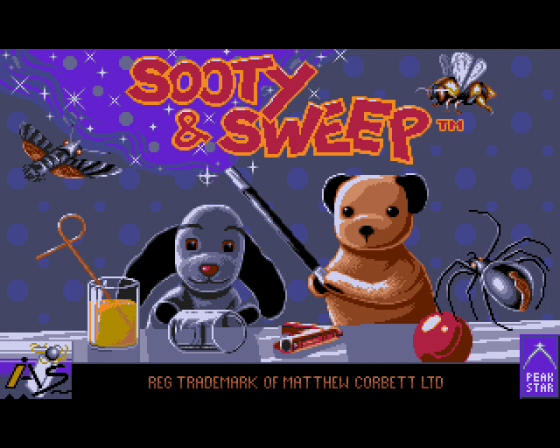 Sooty And Sweep, eh? Not exactly the hottest licence of the year, but certainly one with a bit of potential. Let's think. How about some sort of 'magic' game, where Sooty's got to use his wand to make different spells to do something or other? Or a Head Over Heels-type thing, where Sooty and Sweep each have different abilities and need to co-operate to save Soo from some deadly peril.

Okay, they're rubbish ideas, but I'm sure anyone with a few hours and a couple of brain cells to rub together could think of some vaguely original way of turning Sooty and Sweep into a fun, happy-go-lucky and sweet computer game.

So what have Alternative managed to come up with? (Wait for it...) A walk-around-collecting-things game. (Insert FX: Blood-curdling scream, followed by sound of disk being repeatedly savaged with a pair of scissors and finally a toilet flushing.) If I see that just... excuse me a minute. (FX: Toilet flushing again.) Right, it's gone now. As I was saying, if I see just one more of these... these... things, I'm moving to Finland. Sorry, but I am.

Nice graphics, but otherwise a stupendously tedious waste of a licence. Even our trusty Younger Player would more than likely rush out and overturn a police car.

A walk-around-collecting-things game and a stupendously tedious waste of a licence. 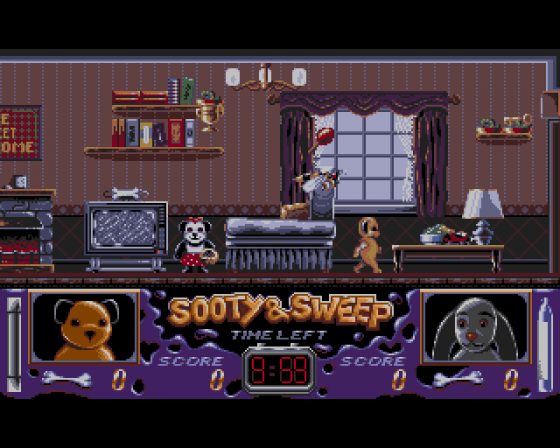 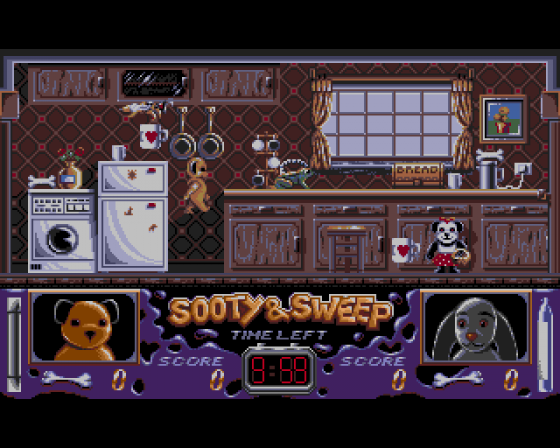 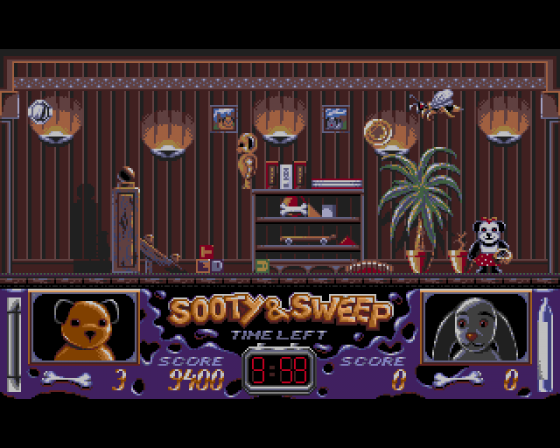 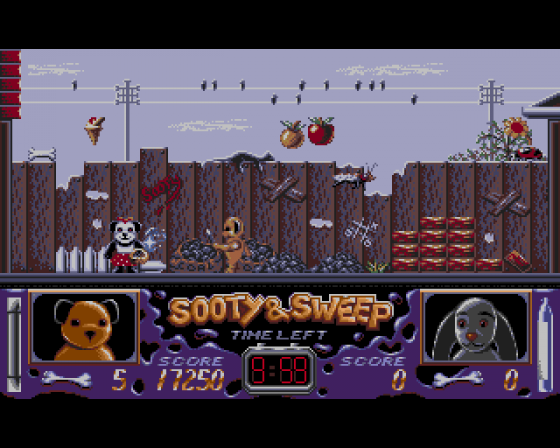 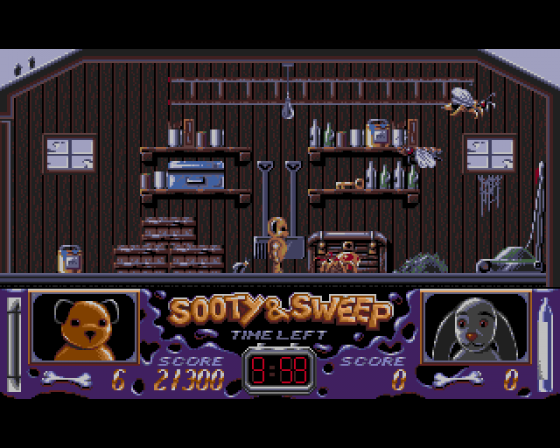 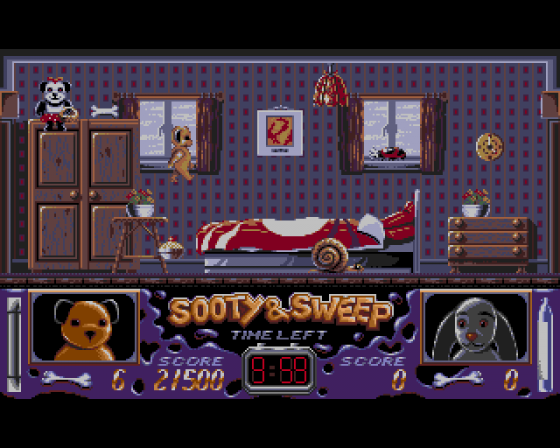 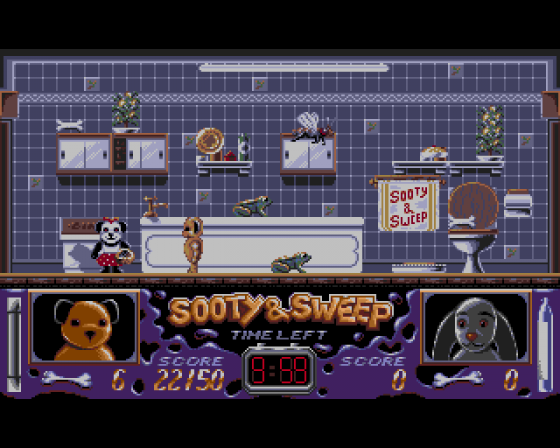 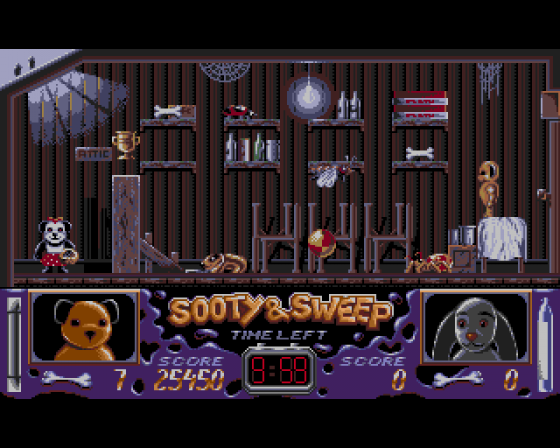