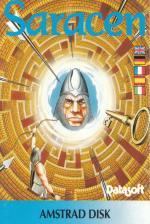 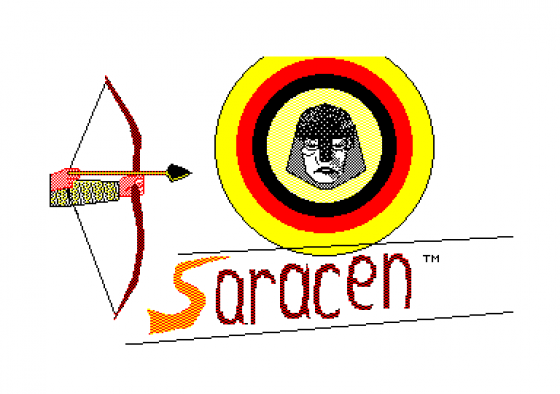 Say chaps. Let's go and rough up some foreigner chappies. And let's do it 'cos they're living in the Holy Land. On such shaky grounds great history is made...

More precisely the campaigns against the Saracens, vinegary nomads who stomped around the far end of the Med at about the far end of 10 centuries ago [Historians don't write in - Ed].

As they were Moslems, and thus of another religion that felt it had a claim on the area, they were fair game for the devout swordslingers of Europe. One such warrior was Ilan. His mission - and yours - is to seek out the Chief of Saracens and destroy him. 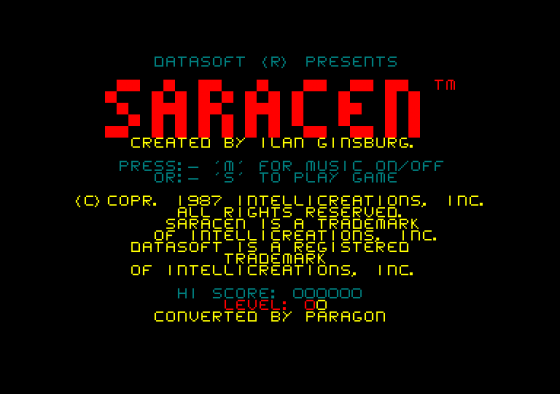 The momentous encounter between Ilan and the CoS takes place in mazes of mind-boggling complexity and difficulty. Astute people might be able to spot the point where medieval meddlings leave off and the modern maze game starts up. In these convoluted corridors the traditional problems confront the uncaped crusader.

Let's start at the top. The standard equipment of a Saracen-hunter such as Ilan is one longbow. Not a lot against a castle of fanatical guards, bombs and other, as yet undescribed but guaranteed extra-nasty devices. However, the combination of bow, archer and arrows is much more effective than one might expect.

Take, please, the bombs I revealed to you earlier. These go off due to a Christian Proximity Fusel when our hero wanders past. But, with a well-aimed arrow, they can be persuaded to prematurely explode, and take out any misplaced guards that are unfortunate enough to be nearby. 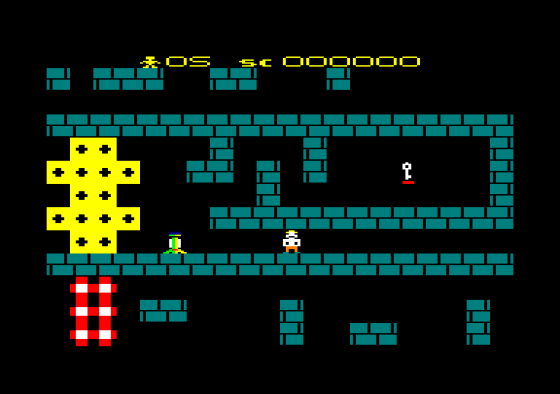 The same technique, slightly modified, is needed to get rid of that stubborn CoS. Details later.

Arrows can also kill guards directly, shatter fragile constructs, and wall in enemies when used to shoot the Wall Maker. This machine, beautifully depicted as a spiral, er, spiral, produces a red-brick wall across the passageway to keep undesirable people and objects well away.

Since these arrows are the only weapon in the hands of the forces of righteousness, the force is a little dismayed to find that they run out.

Ooops. Luckily, there are arrow makers, which if shot turn into four arrows. You can imagine the problems encountered if the last missile is unleashed at anything else...

What else? Well, there is the usual range of locked, magic and one-way doors, keys, balls (cannon), safety zones where nothing much happens and grenades.

What else can a man say about a maze game that hasn't been said before? Added Turks? More and stonier walls? As the creative juices run dry (must brew another batch) all that one can say is that if you must find out, a budget game makes it fairly painless. Unless you wander past a bomb.

The game has that subtle quality of addictiveness and simplicity that can - occasionally - transcend the worst pictures. Everything else is grotesquely horrible, but the game is a hooker. I wish I knew how they did it...

The game has that subtle quality of addictiveness and simplicity that can - occasionally - transcend the worst pictures. Everything else is grotesquely horrible, but the game is a hooker.