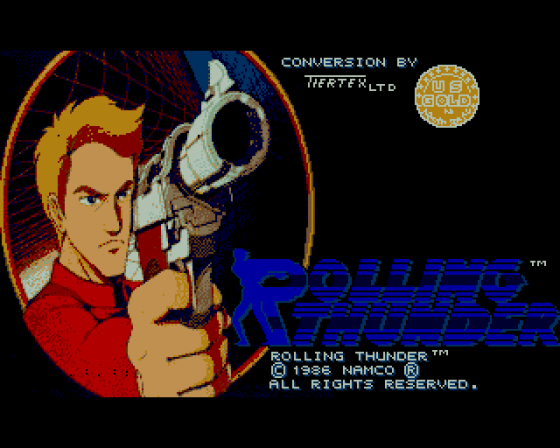 Dapbe bap bap (Short instrumental version of The Cosby Show theme). Arrrrribba, everrrrrrybody samba! Baddies these guys may be, but they can sure dance. What am I talking about? Just one of the many bad points of the latest in a never-ending line of coin-op conversions from US Gold.

You, in the guise of Agent Albatross, must rescue the ravishing Leila from the gritty paws of the Geldra organisation. Set over a variety of left-to-right (and sometimes up-and-down) scrolling areas, you have to shoot, jump and duck your way past trillions and squillions of Geldra's henchmen, who for some reason are remarkably similar to Klu Klux Klansmen. You are armed with only two weapons. Your trusty handgun, and your even trustier machine gun.

You begin with the positively huge collection of fifty handgun bullets, but no MG bullets. Naturally, these soon disperse themselves into the bodies of any passing hooded villains, so a quick search of the signposted doors that line the corridors replenishes your bullets and, if you are extra specially good this Christmas, you may be bestowed with some MG bullets. Cor! 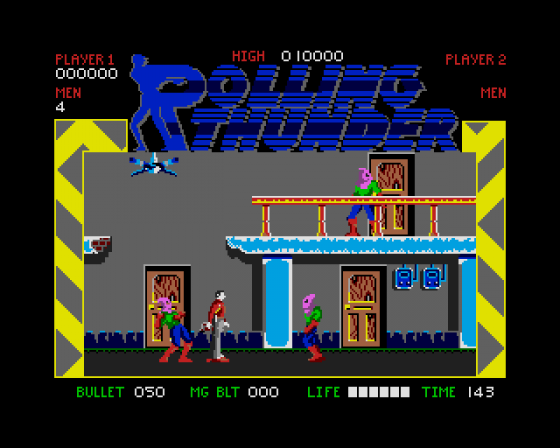 An examination of the April issue will reveal to you that the C64 version of Rolling Thunder was none too wonderful. In fact, it was downright awful. It's a good thing the Amiga is capable of better things, you say. Rolling Thunder in 16-bits could never be terrible. Sorry to upset you guys, but it's not so hot. As you can probably see from the screenshots, it bears a striking resemblance to the arcade. That's where the similarity ends. First thing to hit you is the appalling scrolling. It's slow and very jerky. The actual graphics are none too well defined either, and a few more frames of animation wouldn't go amiss.

No, please, don't ask me about the sound. It's quite nice, granted, but I don't think a continual samba-type tune is really needed. Talking of sambas, which I rarely do, when the baddies kill you by punching you, they do a funny little dance which, delightful as it is to watch, does tend to take the edge off the game a little.

This is US Gold's first foray into the Amiga scene so maybe we shouldn't expect too much. At the price, Rolling Thunder represents a poor investment. 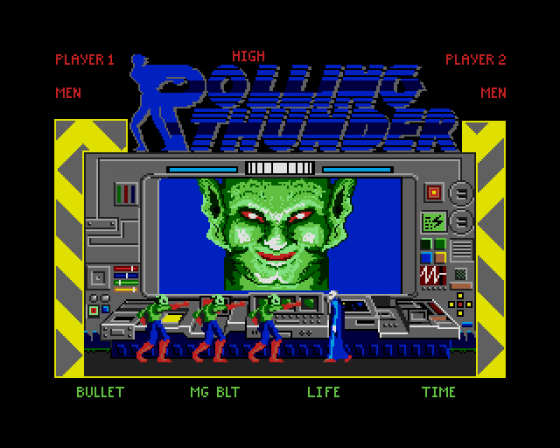 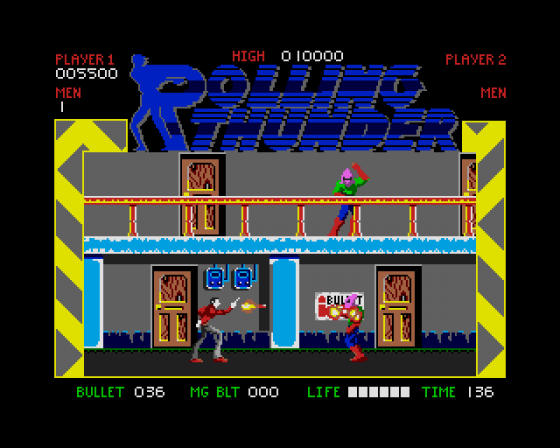 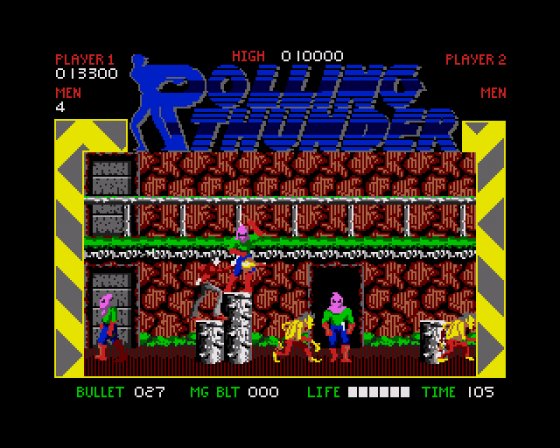