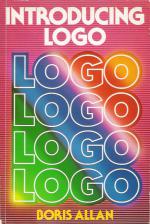 This is a rather philosophical look at the 'learning' language Logo. After an introduction on how his 'learned' friends were impressed with the language, Mr. Allan settles down to describing its whys and wherefores. Examples included with the text cover the main implementations, on various machines, without being particularly machine specific.

Turtle graphics, the most famous part of Logo, is described along with other capabilities. These descriptions include the text and number handling as well as control instructions. Parallels are drawn with some of the more common languages, such as Basic, Forth and Pascal, to show similarities and differences between them and Logo.

Starting simply, the book progresses to more difficult concepts of the language and finishes by describing the beginnings of an Eliza program and relational databases.

This book would satisfy the curiosity of anyone wondering what all the fuss is about, it's not too technical and is, in the main, very readable.