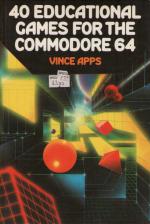 If the number of books about a micro is a measure of popularity then the C64 is destined for world domination. This batch is only a small chunk out of the mountain of titles recently arrived at PCN.

The range of subject matter is heartening, though the quality is not.

The bonus in all this is that you can now afford to be choosy in what you buy: no longer is it necessary to buy simply anything to get your hands on extra information about the machine.

The basic, beginner's guides continue to surface in various guises and Secrets Of The Commodore 64 is one. Secrets is perhaps a little too strong although the authors have pulled together some of the trickier aspects of programming the C64 and presented them in helpful isolation.

Subjects include manipulating the memory map, sprites, high-resolution and sound. Nothing particularly new, but well written with good programming examples.

What makes the book well worth the money is a listing for a Basic extension program wihch adds new commands, such as OLD, PLOT, LINE and other graphics commands, plus routines to move the start of Basic - the kind of thing that would cost £10-£15 commercially.

The only criticism is that the listing is presented as a hex dump which makes it a chore to type in and offers virtually no help to programmers wanting to modify the routines.

How To Program The Commodore 64 is a very basic guide to Basic but this kind of thing has been done too often and too well for this to deserve any chance of standing out from the crowd. Graphics are completely missing, as are sprites, but sound gets brief coverage.

The rest is simple stuff on loops, RND, branches and subroutines, all of which is covered in the user's guide that comes with the machine anyway.

Program books continue to abound and it is here that the variation in quality is most apparent. Putting Your Commodore 64 To Work is an odd attempt at businesslike software that no-one in business would dream of using. The first program is billed as a word processor. What this means is that you can enter 100 lines of 80 characters maximum and then edit them using a Basic line editor.

The other listings - database, planner, spreadsheet - are equally crude. A brave attempt has been made to pull several together in a sort of integrated package but the confusion over readership is highlighted by the fact that all these 'business' programs end with a 'bye-bye' message. Interesting for programming ideas, but not really the stuff a business executive's dreams are made on.

Challenging Games For The Commodore 64 is that old standby, a collection of a variety of games.

None of the listings is very long so the degree of challenge is quite small, but they are fun and neatly done - and the listings are so clear so there should be no trouble entering them. The arguments for and against this type of book are old now but if you want something of this kind it's as good as any and better than most.

Far more interesting is Vince Apps's 40 Educational Games. Produced to Granada's usual high standards, this is a very worthwhile contribution. It claims to have contributions from educationalists and is aimed fair and square at children up to ten years.

The range of subject matter is impressive, taking in word games, simple maths, astronomy, geometry, history and geography, and there's even a neat little musical program.

Almost all the programs are presented as games - learning should be fun with a micro - but if there is one criticism it is that the C64 has hardly been used to the full: few of the programs use sprites, sound or user-defined graphics. However, these could easily be added by a reasonably competent programmer.