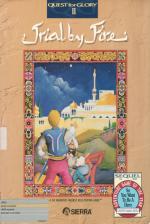 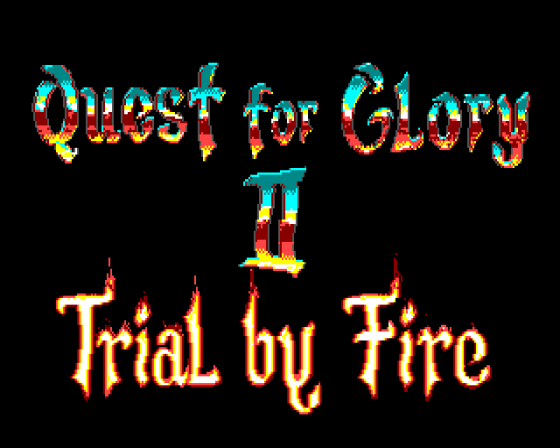 Can we talk? Most Amiga owners probably know by now what the standard set-up for a Sierra game is, but for the benefit of those who don't, Sierra produce huge graphic adventure games, invariably on multiple disks, with rather primitive parser and graphics systems (when compared to, say, any of the Lucasfilm or Delphine games), which nonetheless sell in huge numbers (the prequel to this one sold over 130,000 copies in its first year of release) and are huge cult hits with a group of people who wait almost religiously for each new game to arrive then spend several months of their lives playing it until they complete it.

This particular game is actually the second in the 'Hero's Quest' series, the name having been changed after some legal problems with the makers of the well-known fantasy role-playing board game of the same name.

And it's awful. Now, before I explain that statement, I have to qualify it by saying that if you already love Sierra games, you'll probably like Quest For Glory II: Trial By Fire just as much as all the others. But if you've never played one before and you want to know how good an Amiga game this is for 40 quid, you deserve to be warned. 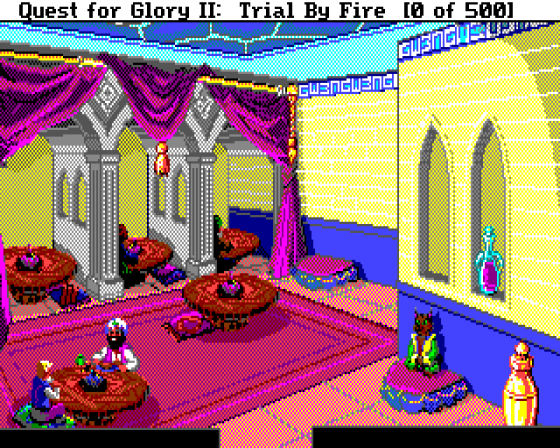 Firstly, it comes on eight - yes, eight! - disks. These access interminably, to the extent that moving between locations very often takes over a minute. They also have to be swapped with horrific frequency - on one particularly memorable occasion I was trailing through a maze (wow, talk about the pinnacle of imagination, a maze in an adventure game!) and took one of the exits, only to be asked to swap disks.

This I did, and a mere 90 seconds or so later I was back in the game, only to find I'd walked straight into a dead-end single location, which I obviously had to then turn back out of. Time to swap disks again, make another cup of tea, ring up a friend, etc...

Talking of the maze, your character is animated in 3D as he travels through it, to a graphic standard which almost (but not quite) reaches the dizzy heights of 3D Monster Maze on the ZX81 (I'm not joking!). Which brings me to the graphics. I'm sorry, but this just won't do. In 1991, I expect something a little better than a half-hearted imitation of a Commodore 64 on a bad day.

Sadly though, that's about the nicest thing I can find to say about the visuals on display here. As for the command parser, well let's be really really generous and call it unfriendly and clumsy. (I'd probably get arrested if I told you what I actually think of it.)

This is probably the most incompetently designed and put-together Amiga game I've seen in my life, and if it's the kind of thing that you get fun out of, I'd wish you the best of luck but suggest that you find some real people to talk to. Before it's too late.

I don't have nearly enough space to tell you all the things that are wrong with this game. It costs £41. Think what else you could do with £41...! Then do it instead.

I don't have nearly enough space to tell you all the things that are wrong with this game. It's probably the most incompetently designed and put-together Amiga game I've seen in my life. 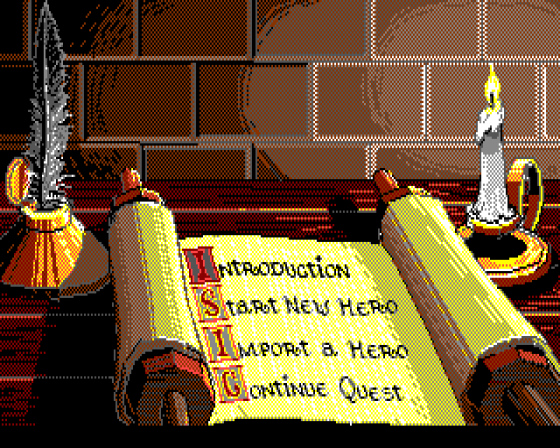 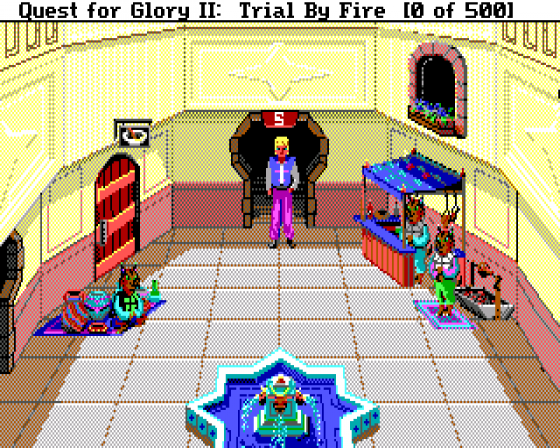 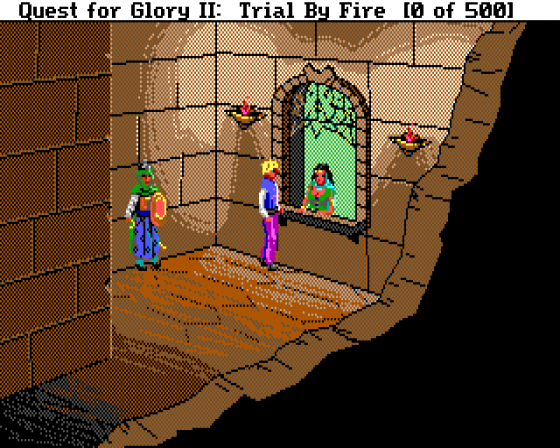 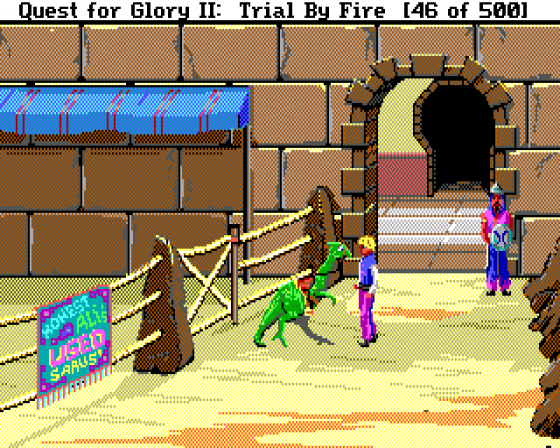 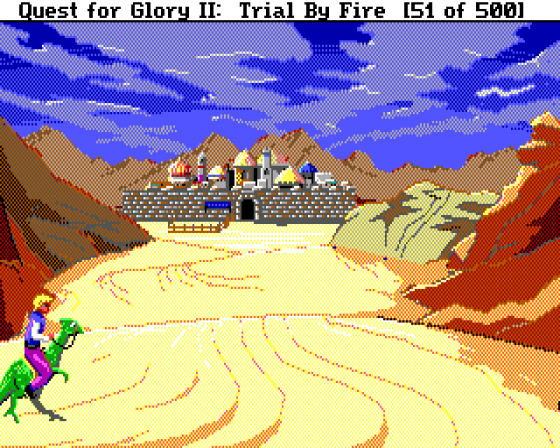 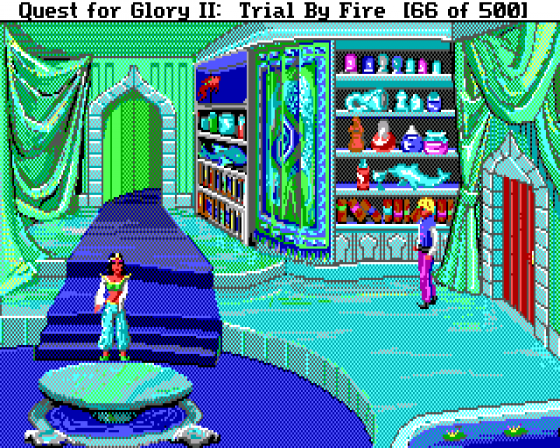 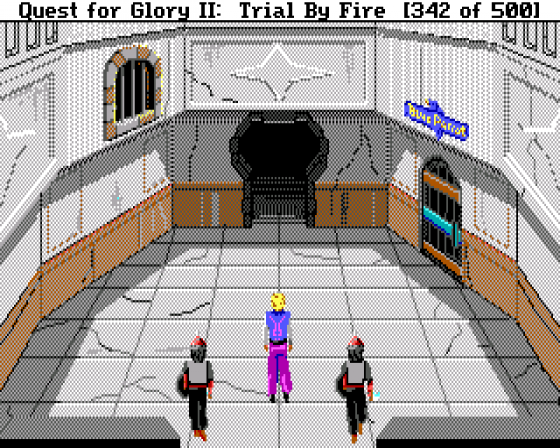 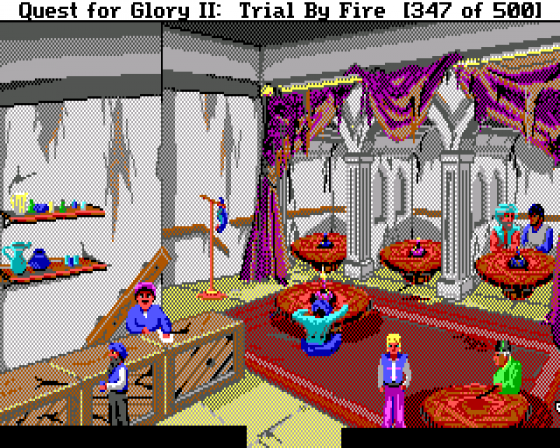