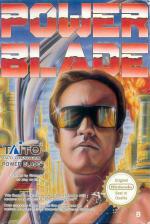 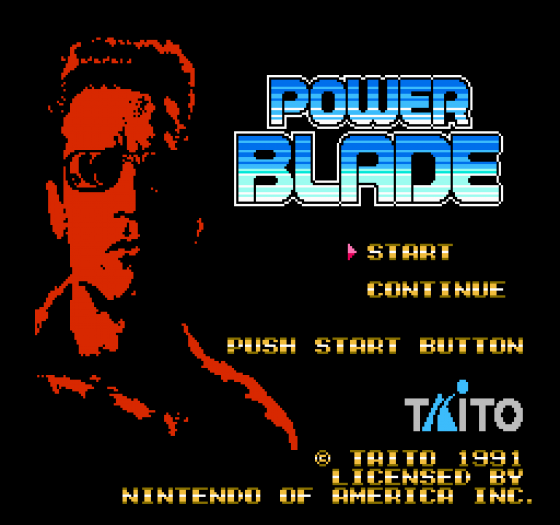 Power Blade is your name, and killing inordinate amounts of people with high-power energy boomerangs is your game. Thanks to this handy talent, you're the man who's been chosen to infiltrate a top security terrorist complex and blow the whole thing into lots of little bits. Being hard, you've shunned the offer of a squadron of tanks, and decided that solo espionage is the order of the day.

What this means is that Blade must find his way around the complex by jumping about and whanging boomerangs for all he's worth. Our man must meet his contacts on each level, destroy the entire terrorist base and demobilise its secret weapons before the world is plunged into chaos.

Simple! Or is it? 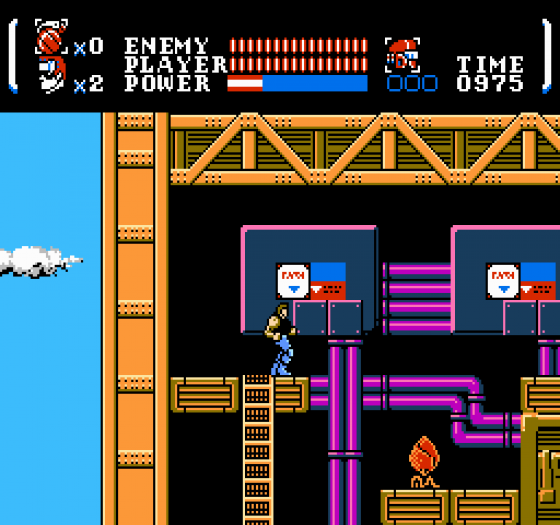 Just like Australian folk hero Rolf Harris, Power Blade never leaves home without his mega-powerful boomerang. Well, to begin with it's not all that powerful, but luckily those terrorists have been conducting some research into boomerang technology, and when certain enemies are destroyed, they leave behind a handy curved stick-related power-up!

These go from standard range multipliers and energy boomerangs to double, or even treble boomerang japes and joviality!

In most platform games, when you climb ladders you're a sitting duck for enemy fire. But Power Blade has got more sense than most ladder-climbing game characters. Realising that he has in fact got two hands. Blade has learned to hang on with one and throw boomerangs with the other, thus saving lots of lives and much frustration. 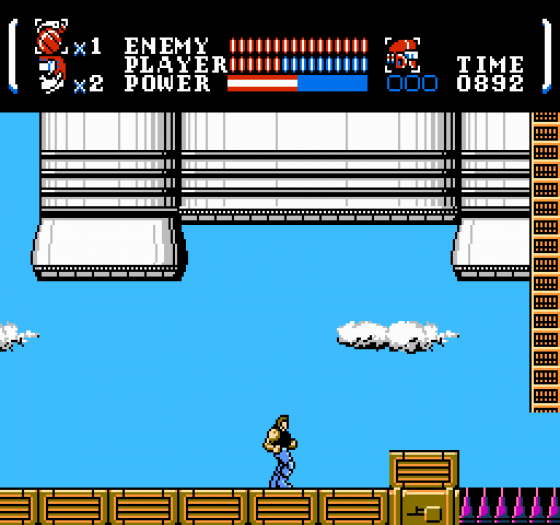 On every level, Blade seeks out his secret contact. Once found, this person bestows him with a handy piece of kit, such as an ID card, which is essential to complete the game.

There are two splendid armoured exoskeletons hidden around the base which provide extra powers... if you can find them.

There's heavy armour, which can take three shots without harming the player, although after the third hit, the suit disappears. And then there's power-armour, complete with built-in wide beam laser rifle, which makes even a mighty plasma boomerang in the chops look weedy by comparison! 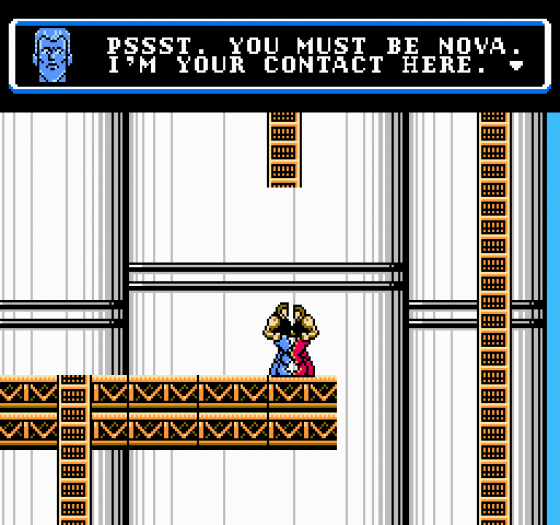 This bunch of terrorists aren't stupid. They're not going to get in the way of someone like Power Blade, so they let their robots do the dirty work instead. With such mechanical monstrosities as mini-helicopters, andriods, ED-209 clones, little dustbins armed with plasma cannons and big flying deathotron robots, the evil gang reckon they're pretty safe - and they could be right!

I wasn't sure if the NES could take another platform-based shoot 'em up, what with Batman and Low-G Man, but once I started playing my fears were proved unfounded.

Graphically, it's nothing to write home about - the sprites are nicely drawn but small and poorly animated, and sonically it's just average. However, the gameplay is superb. Power Blade himself is easy to control, and the collision detection is perfect. 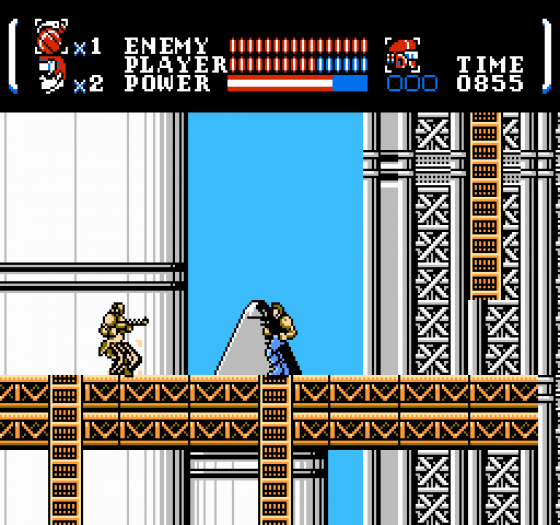 The wealth of power-ups add a lot to the action, as does the maze-like structure of the complex, meaning you have to find a route through instead of just walking left to right. Power Blade is a fun game which sensible NES owners should sally forth and purchase at the earliest opportunity.

Rather like Low-G Man, Power Blade isn't tops in the graphics and sound stakes, but is saved by its superb gameplay. The action is addictive to say the least, with a huge maze to maraud around and tons of power-ups to help you in your baddie-bashing quest - it certainly helps if you make a map as you go along.

The difficulty level is nicely weighted and a challenge is maintained all the way through, the game never being too difficult to make progression frustrating, or easy enough to let you get miles in one go. 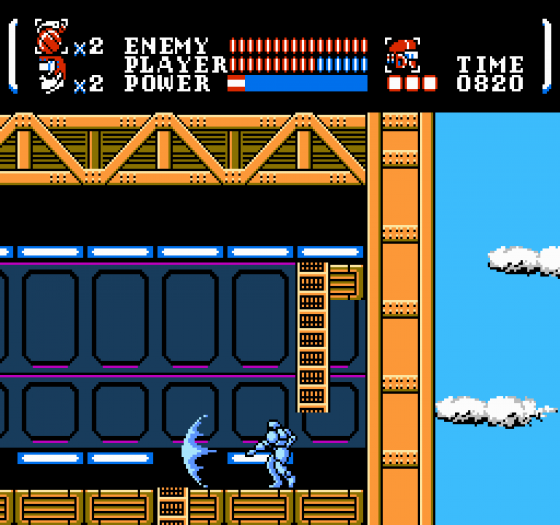 Playability 90%
A nicely weighted difficulty level makes this easy to get into, but it's challenging enough to keep you playing.

Overall 88%
It mightn't look like a winner, but Power Blade features challenging and addictive gameplay that'll keep you at your Nintendo for weeks.

Challenging and addictive gameplay that'll keep you at your Nintendo for weeks. 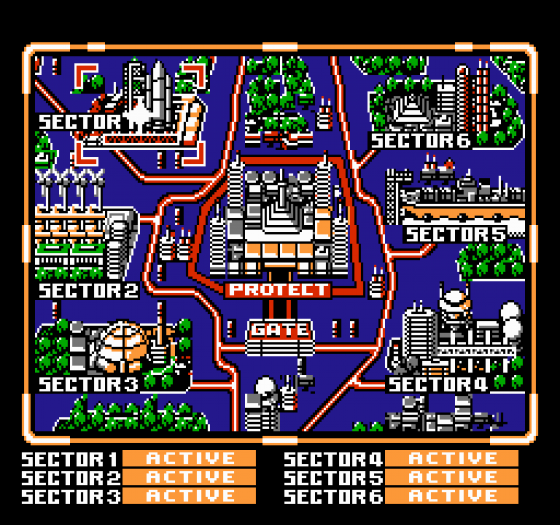 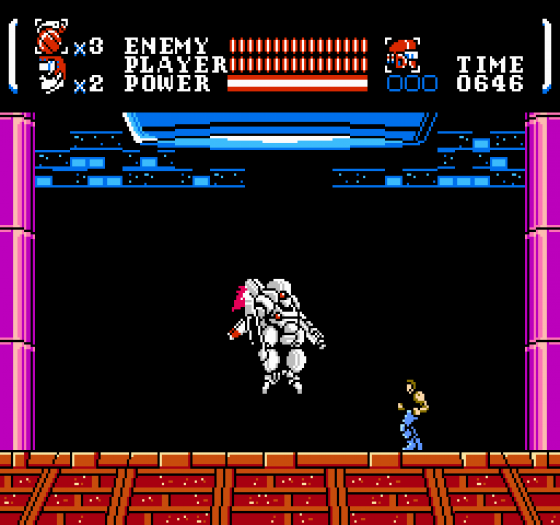 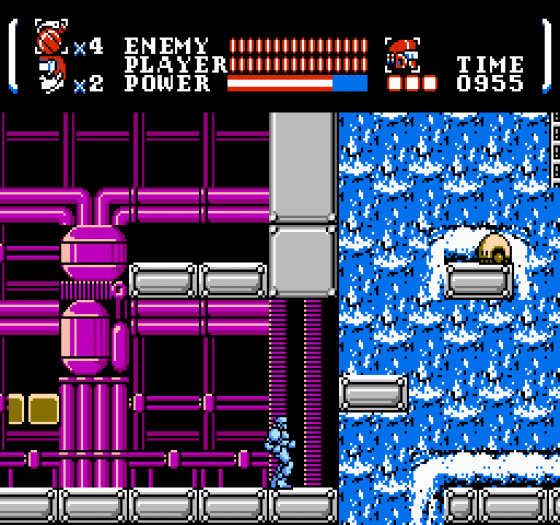 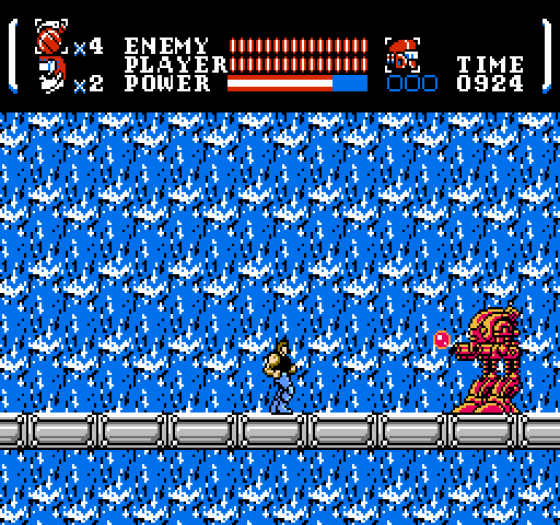