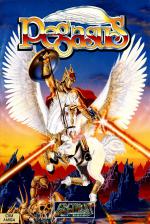 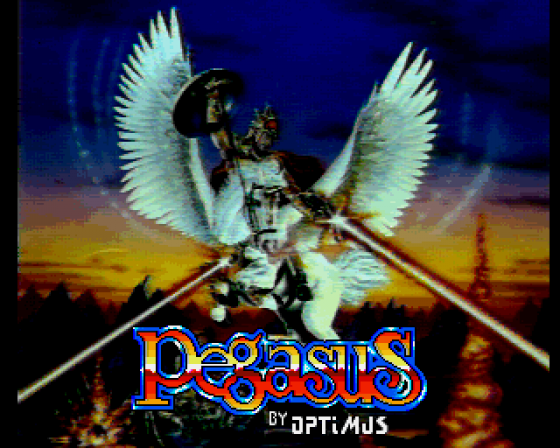 Two things are obvious about Pegasus right from the off. One, this game was never really designed to be the pinnacle of Amiga software, and two, the scenario is complete hogwash. Instead of giving you a whole load of headaches about lands ravaged by evil, and the good wizard Chan, then (I'm sure you can guess most of it) I'll get down to the business of actually reviewing the thing instead. Hey ho here we go.

Pegasus is primarily a right-to-left scrolling back through five distinct lands (desert, swamp, ice, war and hell), each ten levels in length. Nothing outstanding so far. But its trump card is the fact that these levels alternate between a flying sequence (where you're mounted on a flying horse of course, hence the title) with a platofrm-ish running and sword swinging bit. So for the moeny, Gremlin give us a Nemesis/R-Type variant and a Back Tiger sort of affair. And though neither level is really spectacular enough to stand up on its own, put together they offer an intriguing proposition.

Despite the pretensions to mythology and the olde worlde scenery, this is a game of power ups and wave upon wave of attackers. Shoot-'em-ups like this stand and fall on how well the attack waves have been designed, and despite the fact that it's been improved since we first saw it, there's still too much looseness about to be ideal. There's not really enough strategy involved in the way you move, and the nasties are just too small and fast to be massively avoidable. The fact that a number of collisions are allowed before a life is lost reinforces the feeling that progress is more a matter of luck than joystick skill. 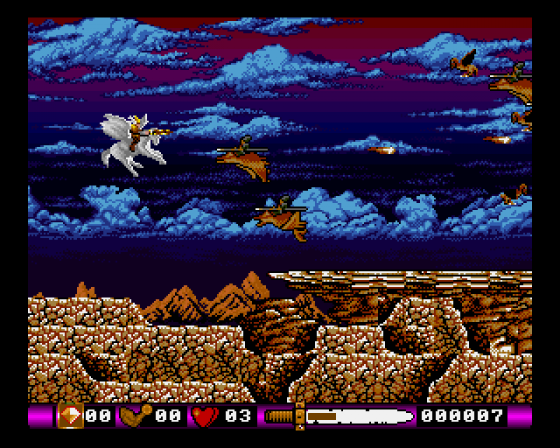 Although the most simplistic, the platform level is probably the most fun. Not only does the landscape scroll, but a flip-screen system is used for vertical movement, giving more of an arcade-adventure feel (though movement is always to the right, so it's not as if there's much exploring to be done). Compare this sequence though (with its incredibly poor sword-fighting system) to First Samurai's sword-swinging antics and it starts to look more than a little bit dated.

And yet, Pegasus does offer a fair amount of enjoyment. The beautiful backgrounds are worth persevering for, the scenery for the Hell levels being particularly outstanding. And the limited continue facility is a boon. But in the end Pegasus feels more like a pot-boiler than one of Gremlin's premier products. I guess not every game can be a real corker.

Perhaps if Pegasus was a fiver cheaper than I could recommend it. For this sort of price though, simplistic arcade games such as this just don't cut it.

Pegasus is primarily a right-to-left scrolling back through five distinct lands, each ten levels in length. Nothing outstanding really. 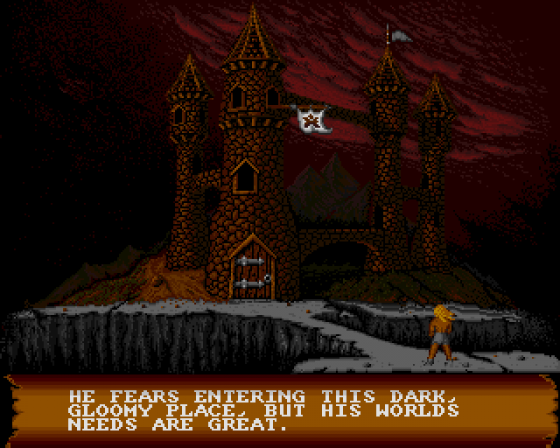 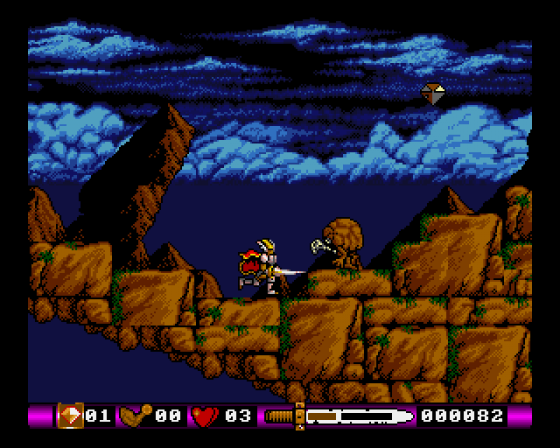 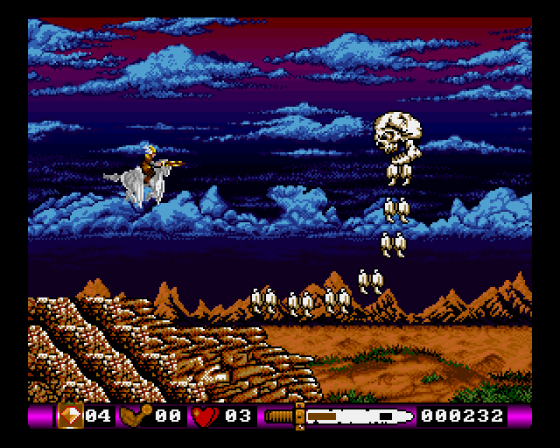 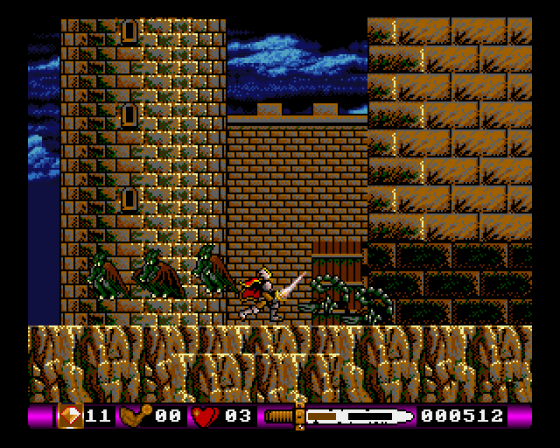 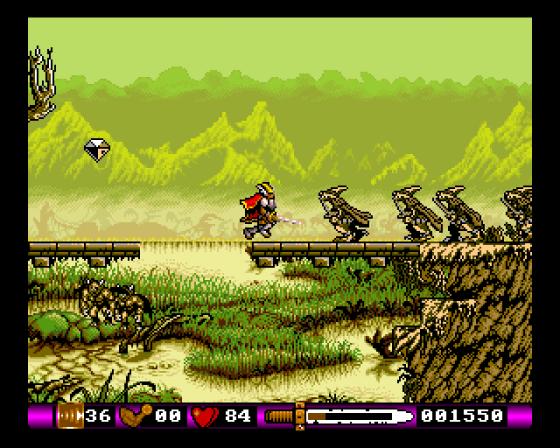 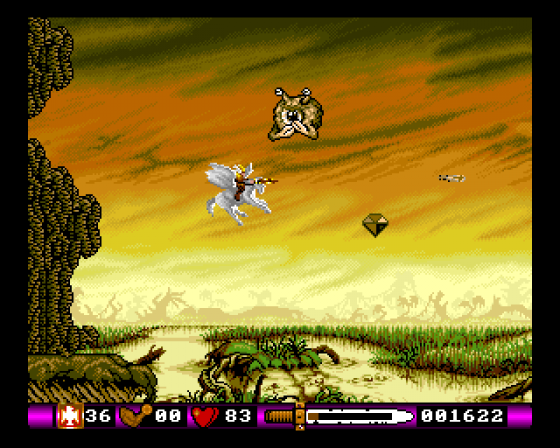 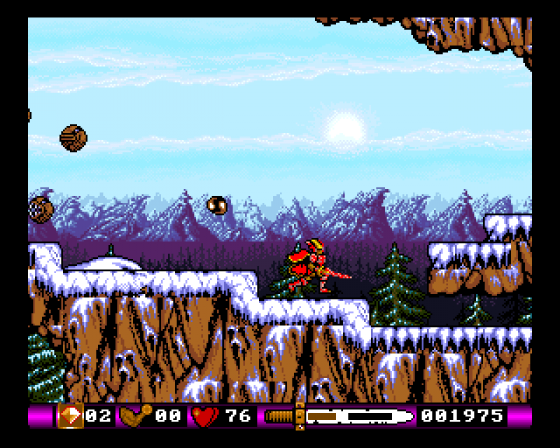 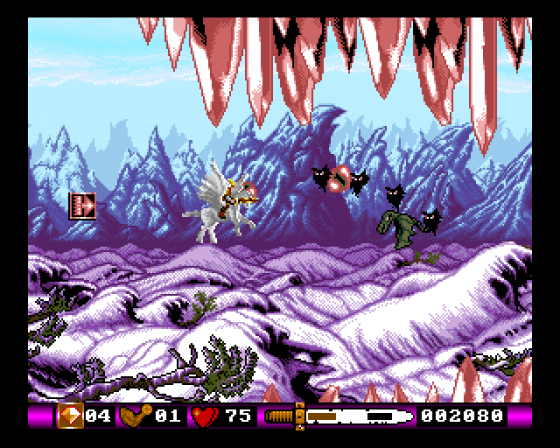