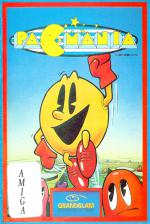 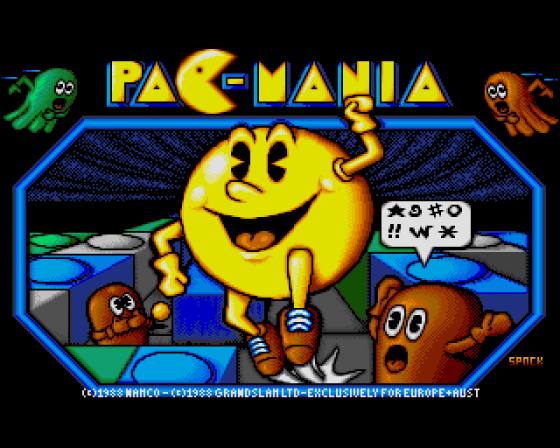 Pac's back! Only now he's got lots more colour, a large scrolling maze and a few special abilities.

Pac has been enlarged, rotated through 90 degrees, and given a new, overhead perspective view of the world. The game, however, remains exactly the same. Pac, a rotund yellow eat-anything ball (a bit like C&VG's ad man just after he came back from his holiday!) has to race around a maze collecting all the pills that are lying on the floor by running over them, eating them as he passes.

The only things hindering him are the ghosts that race around the maze, some in a random pattern, some of which home-in on him almost telepathically, and some which follow him in a 'line of sight' fashion; that is, should he go round a corner, they stop tracking him until they see him again. 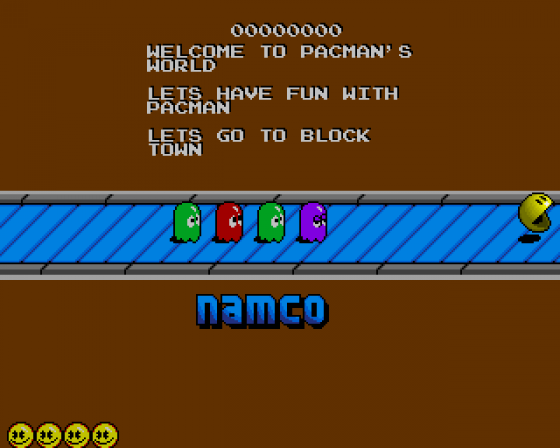 The original Pacman used to get quite hectic; if you have two ghosts coming from opposite directions, and nowhere to turn, there wasn't very much you could do except wait for the impending doom. Happily, in Pacmania, there is. You can jump into the air, clean over the approaching ghosts and away into the blue yonder. As the ghosts don't change direction in the middle of a path, you should gain enough time to do a runner (or should that be a roller?).

As in the original, Pac has his power pills. In each of the four corners on the maze are oversized pills, which temporarily turn the tables on the ghosts, making Pac invincible and allowing him to kill them off by munching them. When dead, the ghosts' eyes are all that remain, whereupon they fly off to a special location in the centre of the maze to reform into ghosts, and return to menacing.

At random intervals, a special pill appears in the centre of the maze. This gives Pac things like extra lives, super speed, invulnerability or just pain points.

There are four worlds to travel through, the first three are selectable as starting levels from the front end. The amount of levels on each starts at one for world 1, and increases in direct proportion to the world number. On the higher levels, things like wraparound mazes appear just to fool you into thinking that the maze is larger that it is. More and more ghosts appear and the mazes become more intricate. Right near the end, the big ghosts appear. Twice the size of an ordinary ghost, these things are hard to avoid. The one type of nasty that gets me every time is the jumping ghost. It starts on world 3 and can't be jumped over, as it has a habit of jumping when you do, so you tend to jump into it, rather than over it.

To be honest there's very little distinction between the arcade version and the Amiga version - unsurprisingly since the graphics were downloaded from the coin-op. For a start, the border have been removed to give the game a full screen. The characters are large and well detailed with all the character of the original. The sound is really nice too with a tunette here and there, and a continuous 'wakka wakka' sound when Pac moves.

Pacmania is a good game. There's no denying that. It's playable, fun, a bit on the easy side maybe, but fun nonetheless. The problem is, as an idea it's a bit outdated. Nostalgics might see things differently.

Pacmania is a good game. There's no denying that. It's playable, fun, a bit on the easy side maybe, but fun nonetheless. 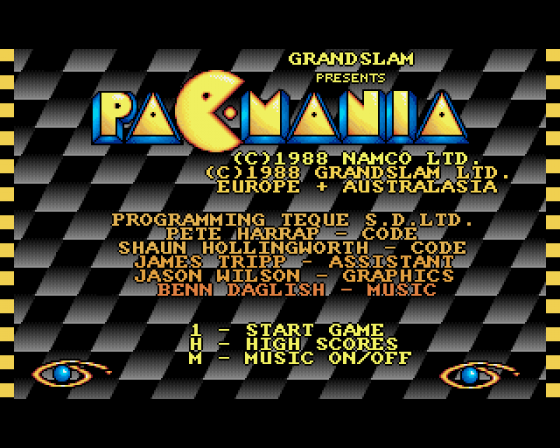 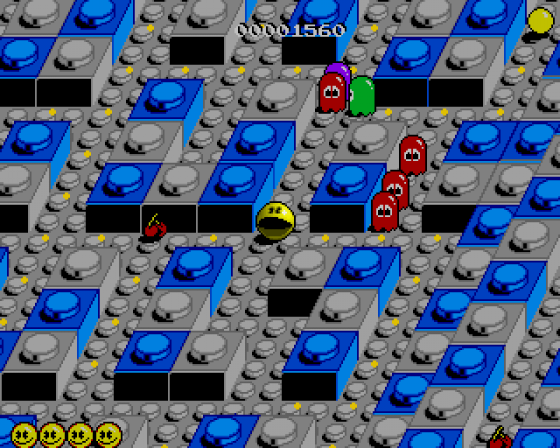 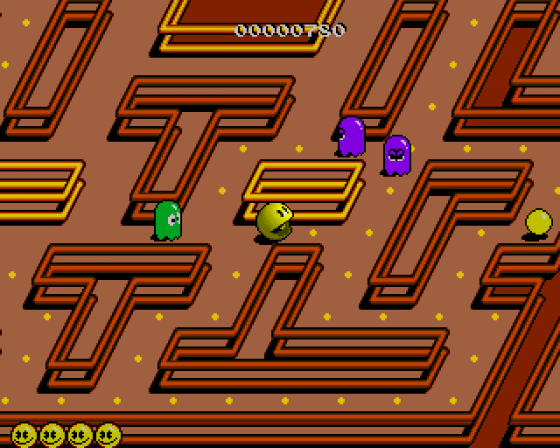 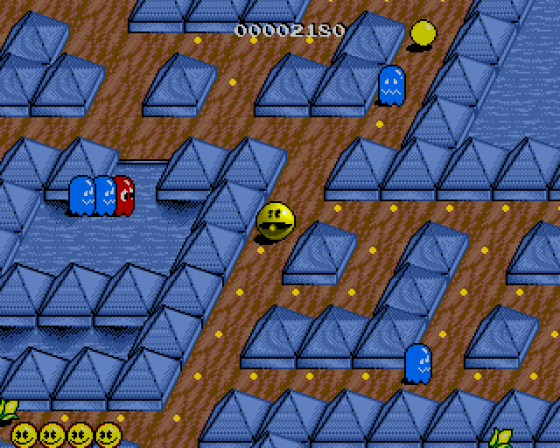 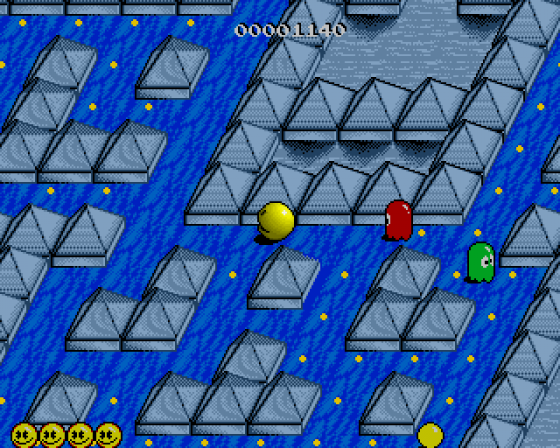