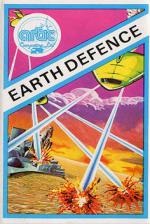 Missile Command is an arcade classic and there are plenty of versions around for most home micros. Artic Computing, which has been on the Sinclair scene quite a while, has at last got round to bringing out a version of its own.

Wave upon wave of multiple warheaded missiles rain down upon your three cities. Armed with a limited supply of ground to air missiles, it is your task to defend Earth by intercepting as many of the warheads as possible. The aliens also send in smart bombs; these are small yet deadly and try to roll around any detonations. They must be hit fair and square or else blasted out of the sky by saturating their path with explosions.

You control a small cross-haired sight. This moves about the screen very quickly in response to the joystick/keyboard's control. When firing, a marker is left at the current cross-sight position, leaving the sight free to continue moving about the screen. At the same moment, a ground to air missile is launched from your base at bottom-centre of the screen - the missile tracks unerringly to the planted marker and explodes into a cloud on arrival. Any warhead tracking down the screen which encounters the cloud is instantly destroyed.

Several of your missiles can be in flight at one time, so you can blanket-bomb a fairly wide area of the screen.

At the termination of every wave your score is totted up and displayed. Every city, base and missile remaining earns bonus points. For every 1,000 points reached, you gain a bonus city.

With each wave, the screen colours change, adding extra variety to the action.

An excellent version of a classic, and exceptional value for money.