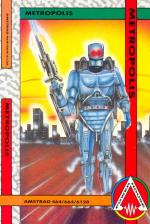 Listen closely, for you are about to learn a piece of computer game history. Long ago, when the Oceanl Imagine conglomerate was but a twinkle in Mr Ward's eye, programmers were fabled to be whacky. Really zany, the lot of them.

They would quite happily spend months programming new and innovative games for nowt but the dream of fame.

These games were bailed as masterpieces, because they had bouncy sprites, wobbling koalas, exploding plastic inevitables and portly, lovable heroes.

They involved carrying out logical tasks, such as putting chocolate in the toaster to open the hamster cage on screen six. But most of all, they had left/right/jump controls.

And since most of these games appeared on the Spectrum, they also had that most amazing feature - Colour Attribute Clash.

Metropolis would have been a classic had it been published five years ago, because it has most of the necessary features. True, the wobbling koalas and the exploding plastic inevitables are missing, but the colour clash is there in all its glory.

The spiel claims that Moonboots, the Lunar explorer, is trapped in Metropolis and needs to find and refuel his spaceship to escape.

He is aided and abetted by several friends, who are each capable of doing different things, but Moonboots must be carrying the right objects to assume control of one of them.

This game reminds me of a party political broadcast - pointless and only faintly amusing.

The all-pervasive enforced whackiness of this game wore me down immediately; I was reduced from scepticism to complete torpor in under a minute.

I could list all the game's good points in two-inch capitals quite comfortably on the head of a pin. It is a shame to see such a bad game from Neil Latarche, considering he did a fair job of Uridium on the Amstrad.

This game reminds me of a party political broadcast - pointless and only faintly amusing. 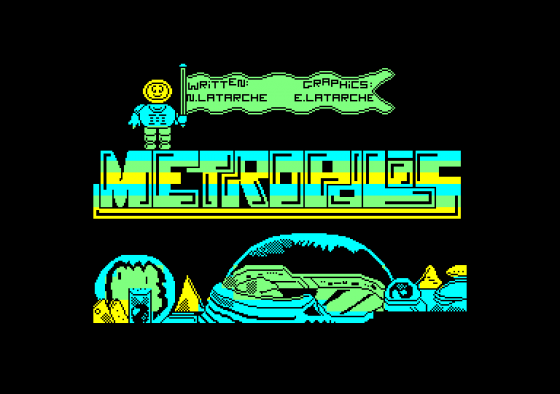 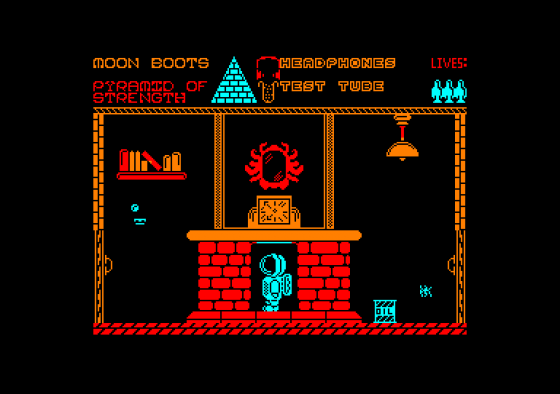 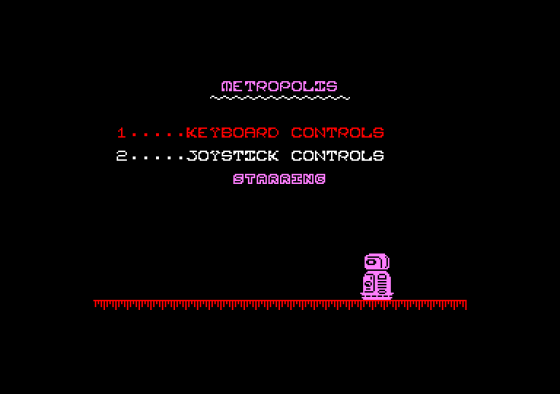 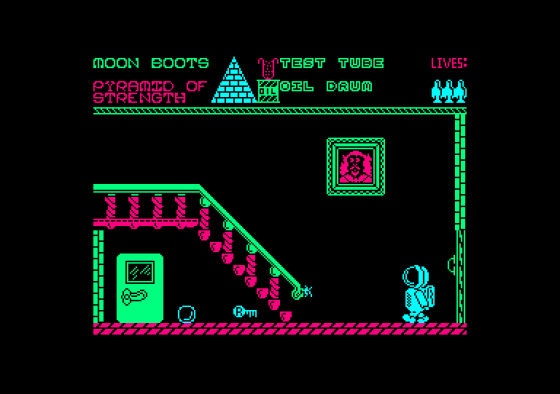