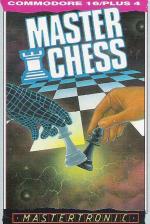 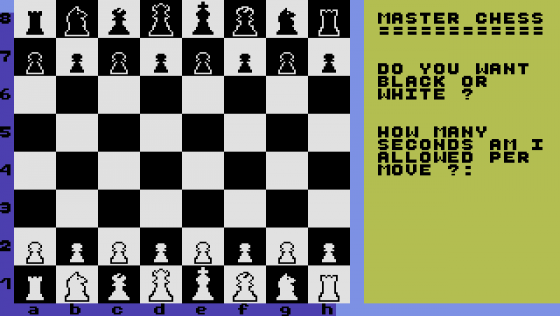 How many of you watch chess on TV without falling asleep? Don't get me wrong here, I'm not slagging the game off, it's just that I can't stand watching others play.

I feel sorry for all those poor people who decide to watch that pair of Russians - about one move a day I think it was.

I must confess that it look me four attempts to beat the computer but my friend Murat 'Balboo' Aydin [Oi! This isn't a request show! - Ed] smashed the computer on his first game. The problem with the computer's method of play was that it wasted too many moves by shifting its Rook (for example) back and forth waiting for me to attack. 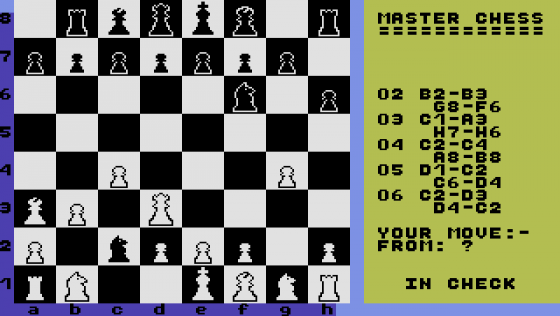 A careful study of the computer's moves shows that it is very greedy for the player's pieces and you'll most probably get the computer in checkmate because it's after your Queen.

There is an option to set the level of play, this is by giving the computer more time to think about its move, which was from no delay to about one day. In practice it wasn't quite how I expected it to be, it appears that the computer thinks about its move first and then starts the delay timer. I gave the computer five minutes, hoping for a tough challenge, but it still made the same stupid waste of time moves as usual. And it lost.

I have always had this theory about chess games on computer - the game only plays as good as its programmer, so all we need now is a Russian programmer who is a chess expert.

The graphics are the usual kind that you will find in chess games, in other words they're stale and the sound even worse with just a bleep for your move (tut tut).

I reckon the programmer only kept these departments simple so that it could be improved on the difficulty, but that didn't work out either.

You have here your bulk standard chess game with the usual save and load options and nothing else worth mentioning.

C16ers should avoid it completely (the starter pack chess game can kick this all over the gaff). Plus/4 people shouldn't bother either. This game has got to be the biggest con since Commando.

Other Commodore 16/Plus 4 Game Reviews By Fikret Ciftci

What a disappointment. This has got to be the biggest con since Commando. 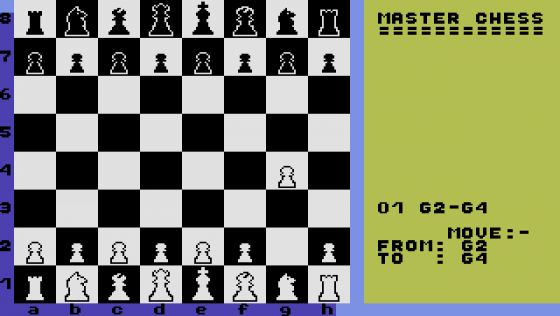