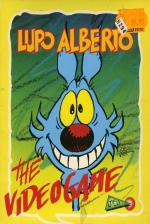 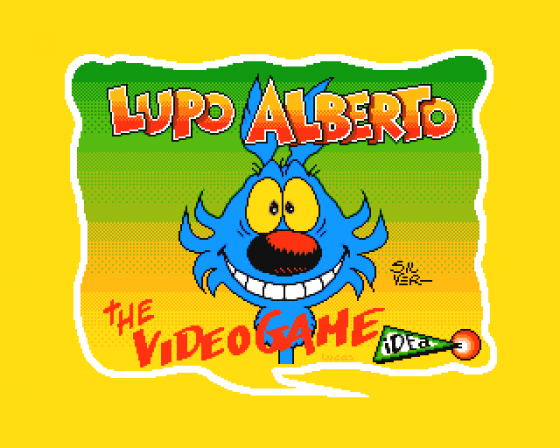 It's very easy to laugh at other people's mistakes - especially when they're the consequence of translating a foreign language into English. So I will - hahaha.

Lupo Alberto is the latest export from Italy. He's a cartoon character - a wolf in fact - who, in the eyes of the manual, "is friendly, sharp and at the same time sky. Gifted with artistic sensitivity, he pays attention to the quality of life and to social and environmental problems, but without giving up his enjoyment of life".

The quality of Lupo's life to which he pays attention is a hen called Marta. She wants to be alone, with Lupo, so he can put his gift of artistic sensitivity into action. But the course of true love never runs smooth, even for anthropomorphic wildlife. There's a social and environmental problem to be addressed - like finding somewhere with some privacy so the two chums can get even friendlier. Lupo is a shy guy after all. 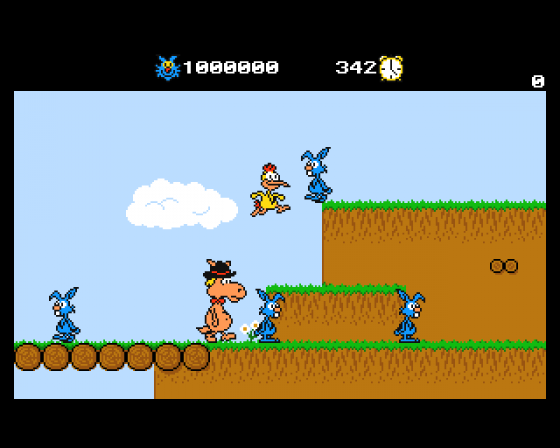 The manual goes on: "His success is due to the fact that he is always cheerful, a fine example of an approach to life that overcomes any obstacle, even the most difficult." This is true. The wide-eyed and bushy-tailed Lupo has a permanent grin on his face (but then, wouldn't you with what he's got coming to him?). He obviously hasn't realised that he has only two frames of animation to his credit. Come to think of it, everyone in the world of Lupo Alberto's only has two frames of animation, so he has no real reason to feel insecure.

It's not a problem though, this animation drought. In fact, it makes everything look as thought it's dancing to the happy 'n jolly sound of the marvellous music (which on the later stages has a distinctly Benny Hill feel to it).

Lupo's mission turns out to be a cut-down Super Mario Bros of sorts. A scrolling, platform-based landscape is patrolled by creatures with differing intelligence and movement patterns, the death of some resulting in the appearance of special features for Lupo to catch. Lupo is a little sluggish to control, it must be said, but he is very manoeuvrable, being capable of jumping at different heights and moving in the air. It may sound trivial, but this is something which many platform pranks fail to deliver. It certainly helps when it comes to jumping on the adversaries in order to kill them.

Before the feminists get on their high horses, let me point out that the roles are reversible. If the mood takes you, you can play with Marta instead who has slightly different running and jumping characteristics to Lupo. Better still, you can grab a friend for some two-player action. Yes, the two animal lovers can go in search of peace together - simultaneously on screen as it happens. And what a hoot that is. The going gets hilarious whether Lupo and Marta help each other negotiate the obstacles or not, especially as the scrolling can't keep up when one character progresses faster than the other.

There's more to this scenario than meets the eye, however. Printed in the back of the manual are ten three-frame comic strips, each gaining plenty in translation but with the final frame missing. The only way to discover the outcome is to complete a level and see it on screen. An incentive if ever there was one.

Lupo Alberto made me laugh and laugh. And when I'd stopped laughing, I laughed some more. I'm still laughing now in fact - hahahaha! See. That's not to say that Lupo's not without room for improvement. Its addictive nature makes the lengthy disk accessing to load a level all the more annoying. Some secret rooms and other forms of hidden bonuses would have iced the cake too.

In stark contrast to all the deadly serious simulations currently doing the rounds on the Amiga. Lupo Alberto is fun. And funny. Now there are two sound reasons to buy it.

Uncomplicated platform action which would suit the younger player if it wasn't quite so awkward in places.

Fun and funny... Uncomplicated platform action which would suit the younger player if it wasn't quite so awkward in places. 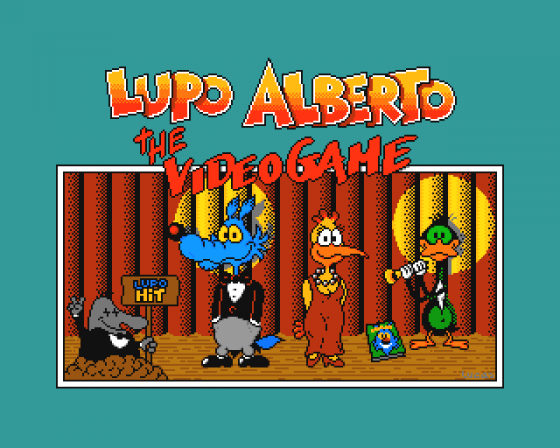 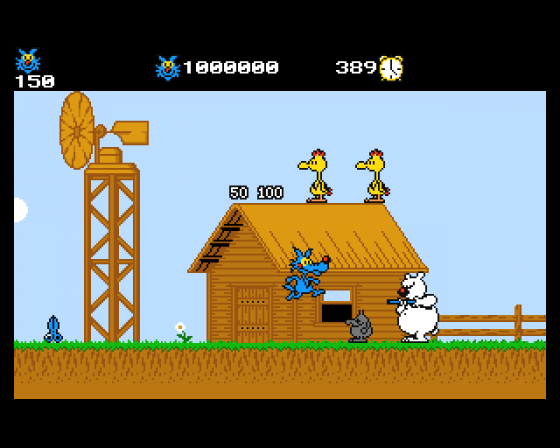 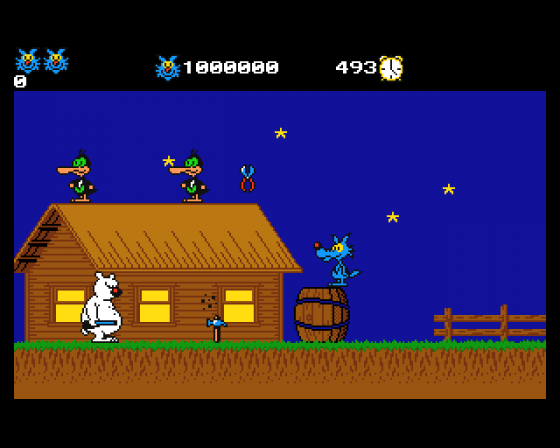 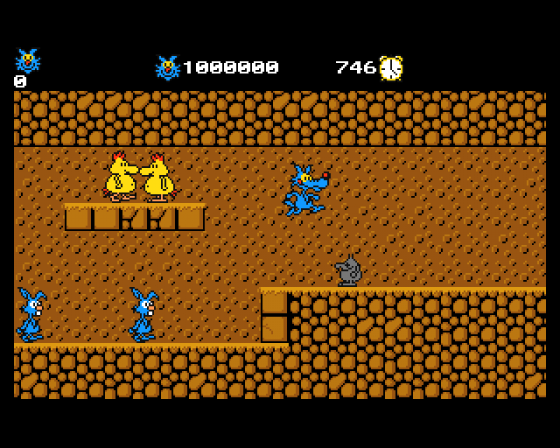 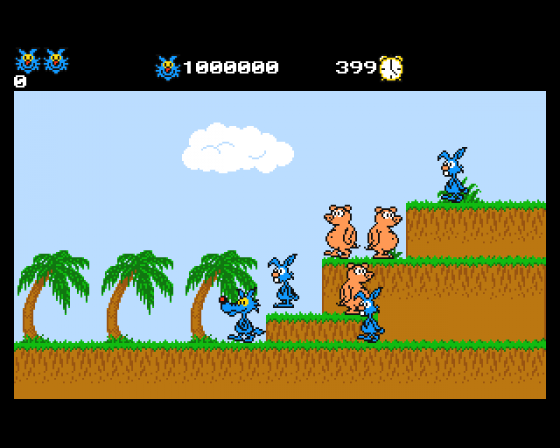 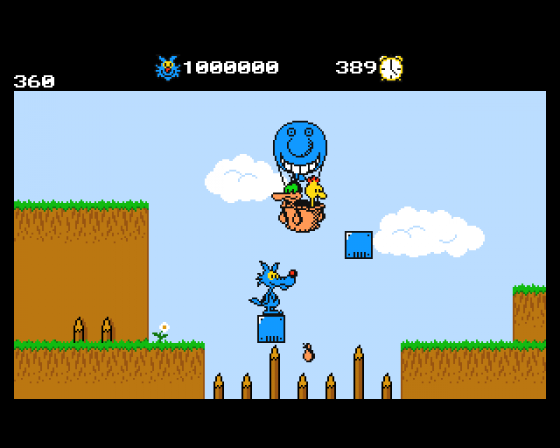 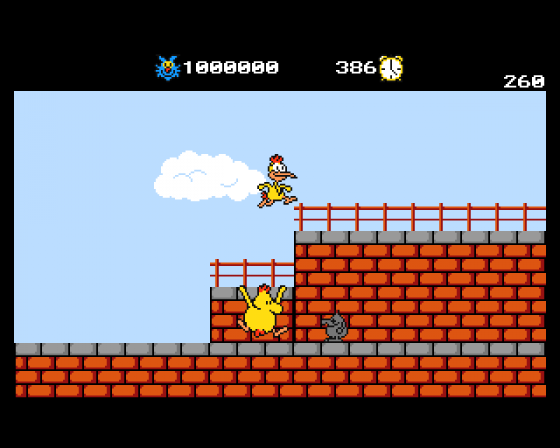 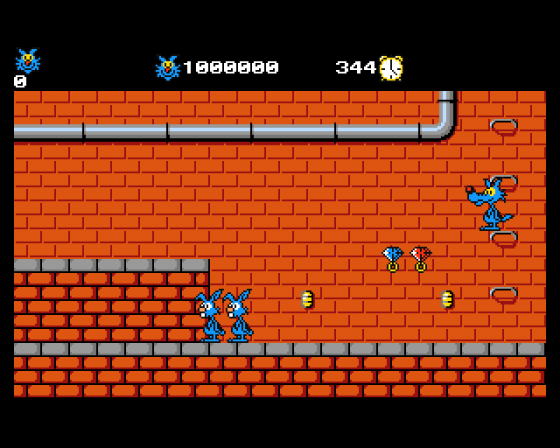