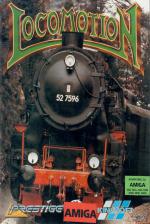 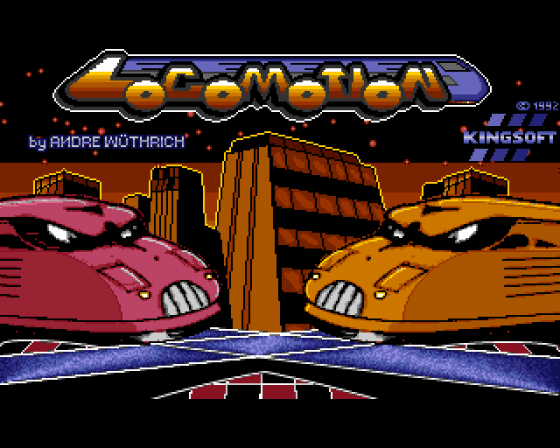 You should already be pretty familiar with this game from our issue 16 coverdisk, but if you're not - well, it serves you right for not buying it. Ha.

Locomotion is a puzzle game in the same sense that Tetris is a puzzle game, i.e. it's not. Your job in both is to react to a set of random but unalterable incidents by manipulating a number of given Variables in such a way as to effect a 'Solution' which enables you to continue until Disaster inevitably overtakes you. In the case of Locomotion, the incidents are trains appearing from stations on a map, with a letter above them indicating the destination to which they have to be sent. The Variables are the sets of points scattered all around the maze-like layout of railway tracks which make up each level. The Solution is getting a given number of trains into their correct stations, by manipulating the points to guide them safely around, within a time limit and within a set maximum number of crashes, and Disaster rears it head when you run out of time or trains before successfully parking the required number. 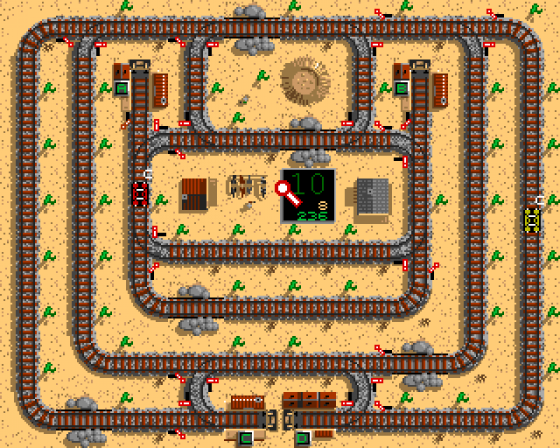 Like Tetris, it's a very simple concept (even Tim managed to pick it up in a matter of seconds) [What do you mean, "even Tim"? - Ed], and like Tetris, it very quickly gets overwhelmingly nasty. In Locomotion, this happens when the track layouts get more complicated (or paradoxically, simpler, which means you've got a lot less space to manoeuvre in), the trains appear more frequently and the parameters for survival get more and more demanding (i.e. more trains to direct in less time). Very soon indeed, you're looking at something that's deeply scary and enough to put you off travelling by train for life...

Locomotion comes with twelve stages, each of which has nine levels to get through before you get the password. There are also twelve slots into which you can save the stages you can create with the aid of the built-in track editor.

Don't think that this means you're in for an easy ride, though - this isn't one of those games that doesn't start getting difficult until three-quarters of the way through. In fact, most of us started getting flustered and panicky by around the fourth level of stage one. Actually, this is the game's biggest failing - it gets off-puttingly hard so quickly that you're in danger of getting fed-up and discouraged before you get to the reward and boost of a level password. It is worth persevering, though - later levels bring on different scenery, and interesting and bizarre layouts which really tax your mind's sense of co-ordination to the limits.

Super-careful and painstakingly thought-out manipulation of the controls will be required, and all against oppressive time limits which will have you quivering under your desk in submission as your brain slams itself against the insides of your skull in a desperate attempt to escape.

Locomotion is one of those rare things - a game that the entire family can play. Sure, that's partly because it's easy to grasp, and it's got granny-friendly subject matter, but mostly it's because most people hate most of their relatives. Got a really nasty auntie? Give her a go of Locomotion and watch her go dribbling-mad-bonkers before your very eyes.

A brilliant game that'll test your powers of tactical thinking and mental organisation better than just about anything else. Absorbing and addictive, just excellent, basically. It does get repetitive though - there are just too many levels to each world. Still, with a built-in construction kit, you don't ever need to be bored.

A brilliant game that'll test your powers of tactical thinking and mental organisation better than just about anything else... And, with a built-in construction kit, you don't ever need to be bored. 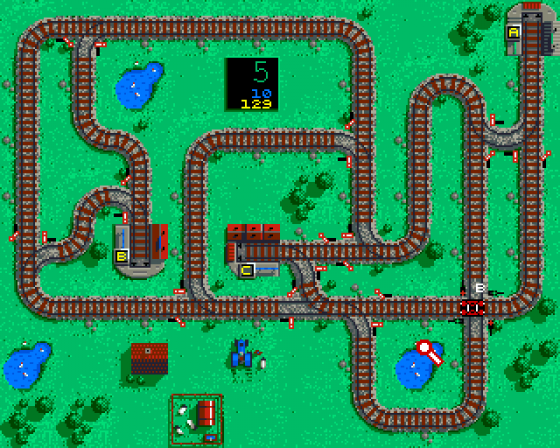 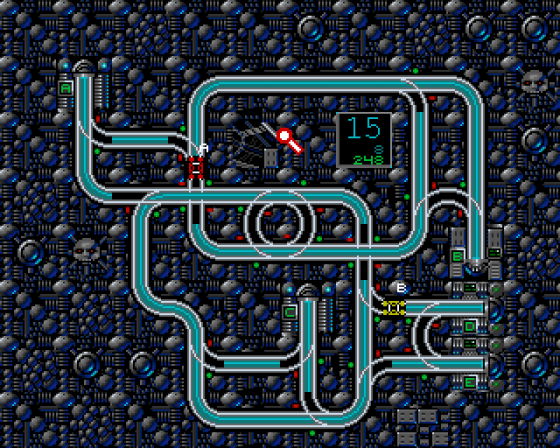 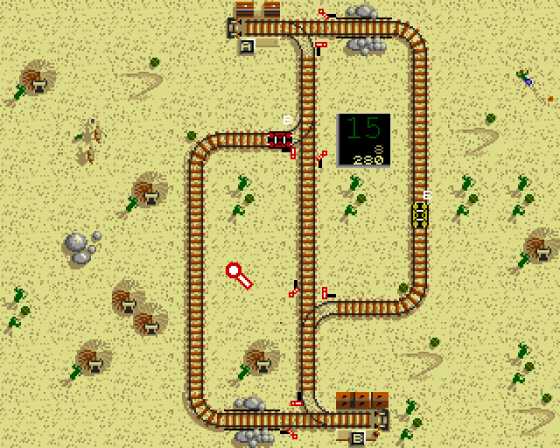 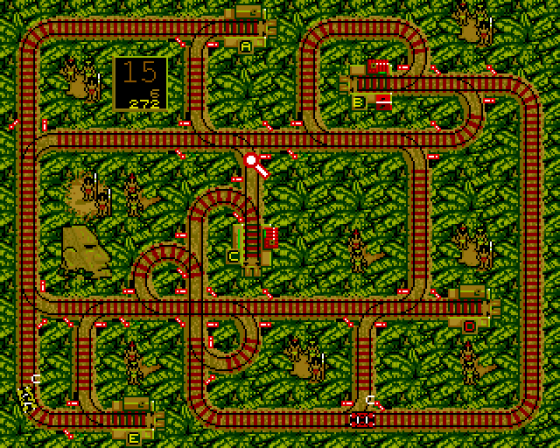 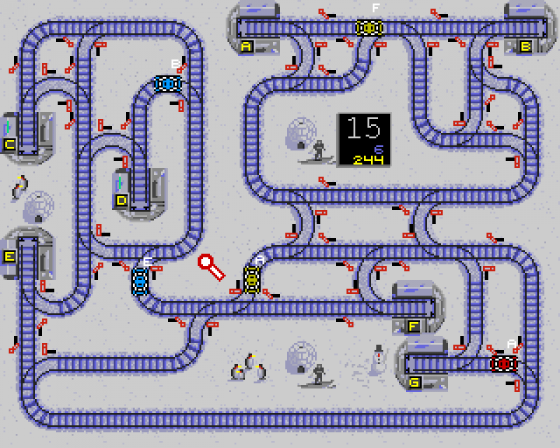 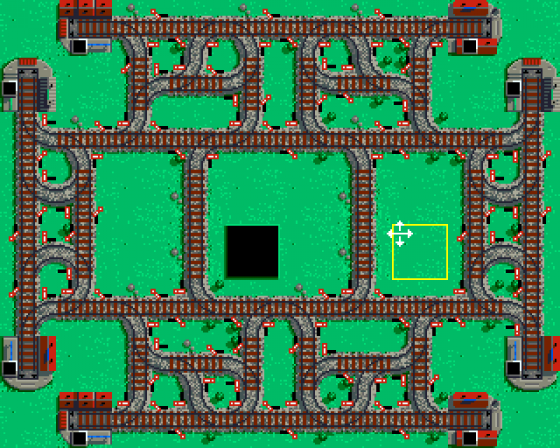