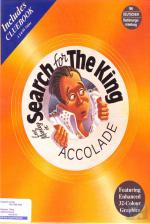 Les Manley In Search For The King | The Bottom Line 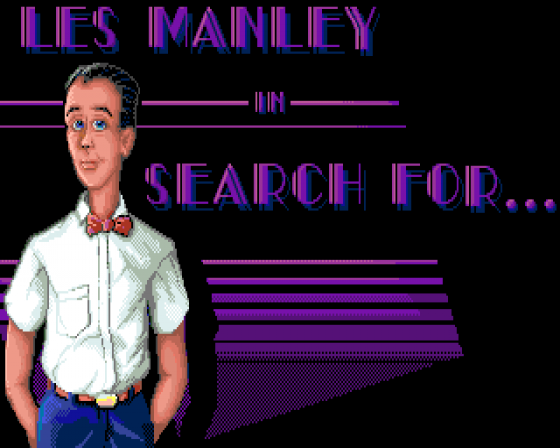 How's this for a weird game? Les Manley In Search For The King is about some dork who's idea of a good time is to hang around in electrical stores, and whose favourite food is listed as Microwave. For reasons which I haven't the time or space to go into, he sets himself a mission, one which will take him to the most rockin' parts of the USA, introducing him to interesting people, and (more importantly) cute chicks. His mission: To find The King. Bizarre is not the word (but it's close enough).

For a game which is so obviously about The King (you know, the hamburger-eating, pelvis-gyrating, Viva-Las-Vegasing rock 'n roller), it's rather odd to see a disclaimer, informing the world that any similarity to persons living or dead is entirely coincidental, accidental or unintended. Neat, though not quite true. But anyway, onto the game proper. 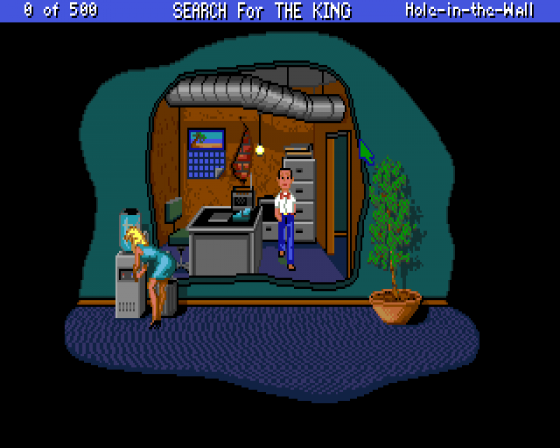 First up (as is the norm with American stuff) we have the lengthy intro sequence - something which consolidates the feel of quality with this product. It's good to see an American game which isn't a direct port from some poor PC version. All too often the accompanying guff is of excellent quality, but the game itself is shoddily put together. None of that for Les Manley though. There are over seventy backdrops, each looking very polished and individual. The characters also have their own visual identity, and are remarkably well animated. The attention to detail even extends to Les getting darker when in shadow, and having a reflection in pools of water. The whole thing has a 'confidence' which so many games (particularly adventures) lack.

Okay, I guess comparisons with the recent Monkey Island are inevitable. Both games require one meg, are sprawled over several disks, and both are modern adventures laced with humour. At a glance, both products look very similar indeed. Could this be an adventuring renaissance? Well, maybe, but it's when Search For The King is pitted against Lucasfirm's masterpiece that the cracks become evident.

The game is caught between two stools with its user interface. The programmers were eager to move with the times and incorporate slick point-and-click control styles, but they were obviously loathe to abandon the standard text entry system. This is understandable, but as Lucasfilm's Monkey Island proved, a pure mouse-driven system is more effective (given the constraints of current technology). The mouse and text systems just don't seem compatible, and although it's certainly less unwieldy than Sierra's recent efforts, it doesn't do the player any favours.

Moving Les around the screen for instance takes a mammoth amount of effort. When compared to Monkey Island's system, where you simply point and the character will make his own way there, here you've got to point the mouse to every little position, navigating Les around furniture and the like, which quickly becomes fairly irritating. Add to that the fact that the most commands don't generate anything like an interesting response, and the whole thing begins to feel very stilted and artificial.

And then there's the humour - such an important part of Monkey Island. Here it's a bit, well, lacking - never sufficiently sustained, and while the flagrant air of sexism adds an edge (whether it's actually poking fun at sexism or using it is open to debate) everything's far too American to really work in the UK. It really wouldn't have been hard to make the jokes a bit more universal in nature.

Players of Leisure Suit Larry's latest escapades should have no problem identifying with Les Manley, or getting around his Manley world for that matter. It's just that after the silk of Monkey Island, why settle for polyester (or something like that)?

Semi-successful humour and gorgeous graphics paint an interesting picture of the weird side of America, but there are just too many areas where the player becomes frustrated - not with the adventure itself, but with the way in which it is played.

It doesn't open up any new avenues for adventuring, and so will remain a minority thing. It never reaches the dizzy heights of Monkey Island, and that's as good a reason as any to penalise it.

Les Manley In Search For The King | The Bottom Line

Semi-successful humour and gorgeous graphics paint an interesting picture of the weird side of America, but there are just too many areas where the player becomes frustrated - not with the adventure itself, but with the way in which it is played. 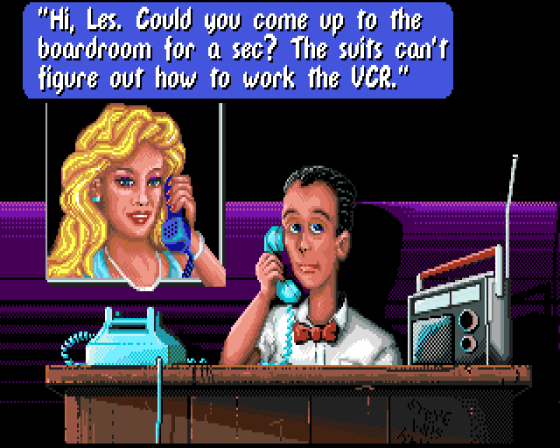 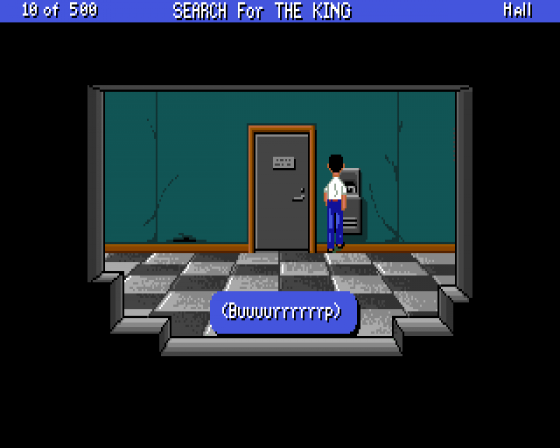 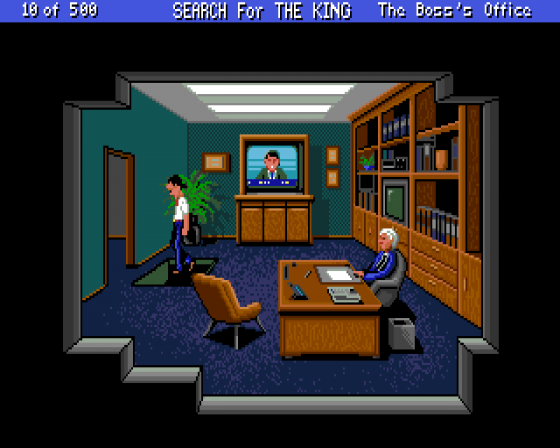 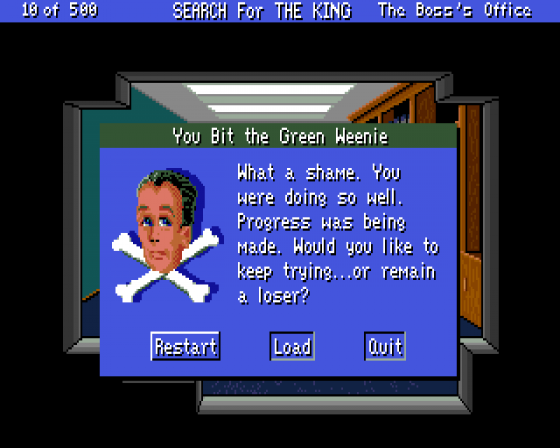 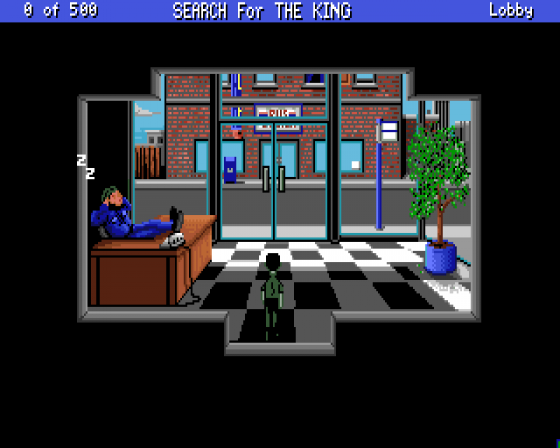 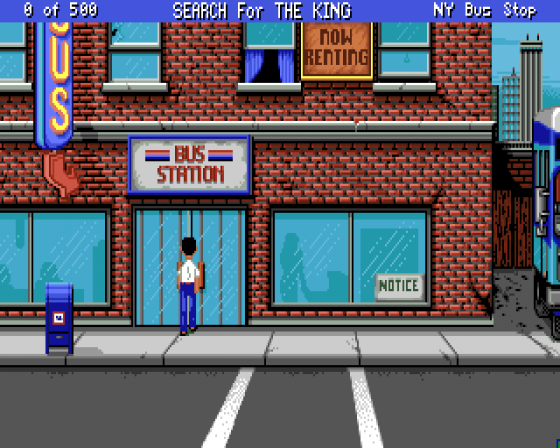 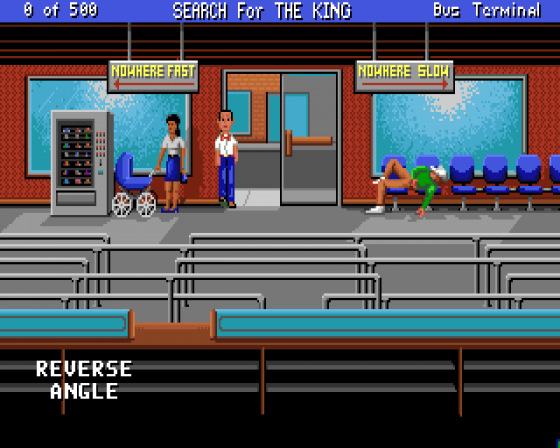 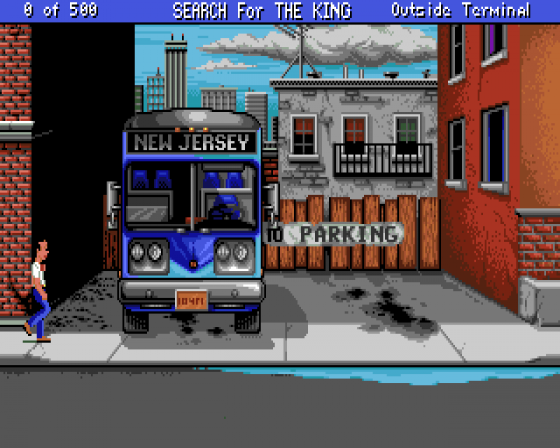