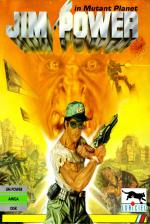 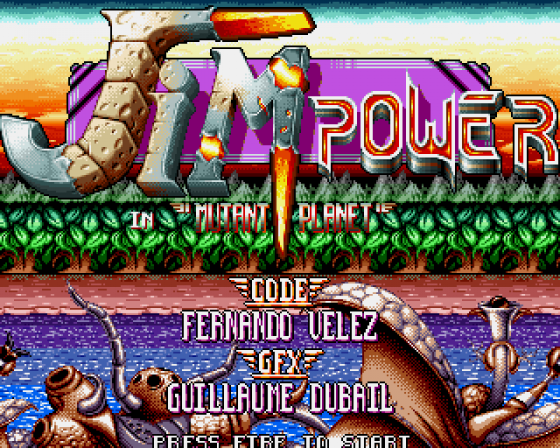 Jim Power, eh? Sounds like some kind of new super-hero, doesn't it, or maybe a super-efficient games reviewer. You know, the type who could possibly host the tips pages (Move over, Jonathan!) or maybe the letters... [Now wait a minute - Ed]. Then again, it would be just my luck if he turned out only to be a lousy old game hero instead...

And that's exactly what he turns out to be - though less of the lousy, surprisingly enough. While it's true that Loriciel haven't always fared too well in these pages of late (who could forget the so-so Baby Jo, the average Builderland, the frankly hopeless Steve McQueen and the rest), Jim Power looks to be a bit of a turning point. While by no means a classic, it is one of those games that proves more or less impossible to dislike, and one that bodes well for the future - especially when the future would seem to contain products as exciting as Entity.

But back to Jim Power. The gist of the game is to go from left to right (the screen scrolling right to left, you know the drill) through a series of platform sections, shoot-'em-up sections, and end-of-level guardian sections (each successive one with an increased amount of shooting in it), killing everything in sight. Looking rather like Turrican, but playing more like Rolling Thunder, it puts the player in charge of a cool little dude with a baseball cap and meaty-looking gun, who (for the shoot-'em-up sections) can don a rocket pack and take to the skies. He's also got a limited number of smart bombs - which is just as well, because there're 250 screens of game to battle through. 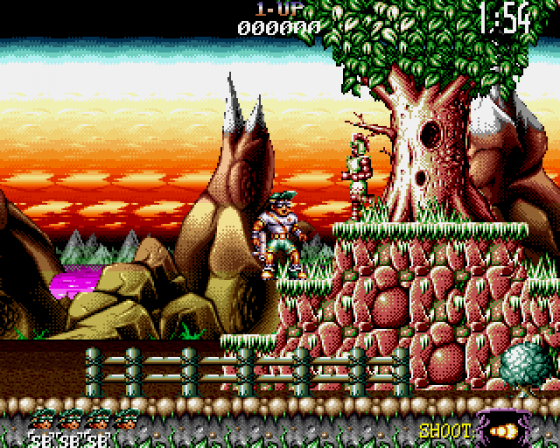 The first thing which you notice about Jim Power is how everything moves so wonderfully smoothly, in a multi-layer parallax kind of way. Each level comes complete with thoughtfully designed level layouts and traps, giant end-of-level guardians to send a shiver up the old spine, and a generally professional feel. It's not, however, a perfect game, and here are some reasons why:

Jim Power then, is one of those toasted marshmallow sort of experiences. It's kind of sweet, rather tasty and mildly addictive, and while it won't change the state of your tastebuds forever, you'll have a pleasant warm feeling inside of a good while afterwards.

No ground breaker, but a smooth and silky (if slightly gaudy) platform shoot-'em-up effort. What it lacks in originality it more than makes up for in evidence of sheer effort and good design. Not at all bad.

No ground breaker, but a smooth and silky (if slightly gaudy) platform shoot-'em-up effort. What it lacks in originality it more than makes up for in evidence of sheer effort and good design. Not at all bad. 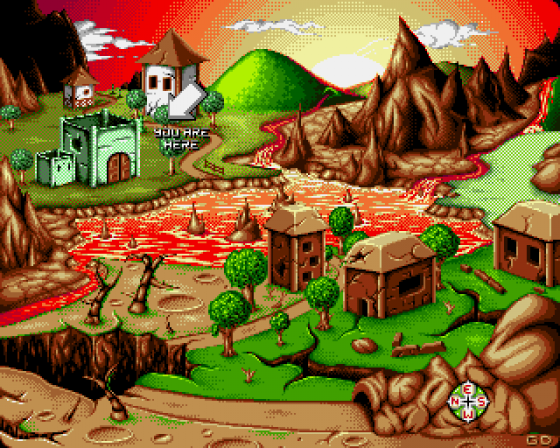 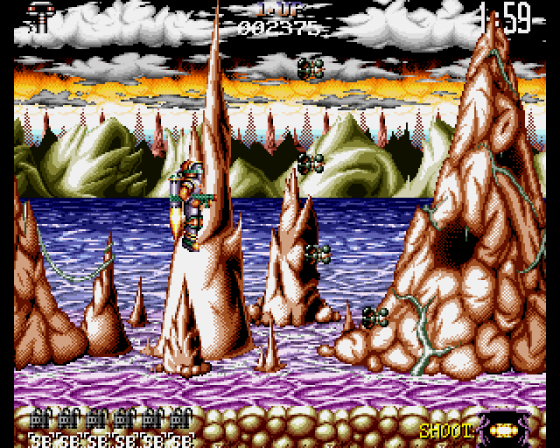 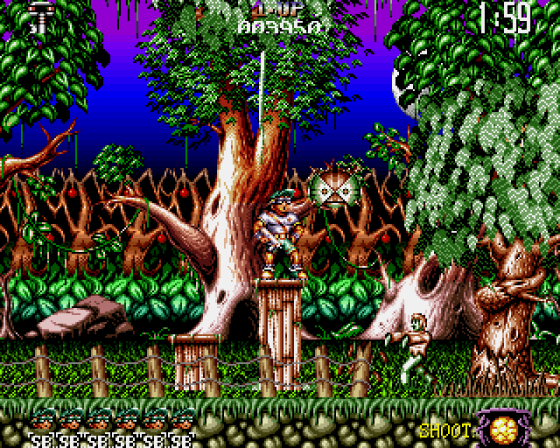 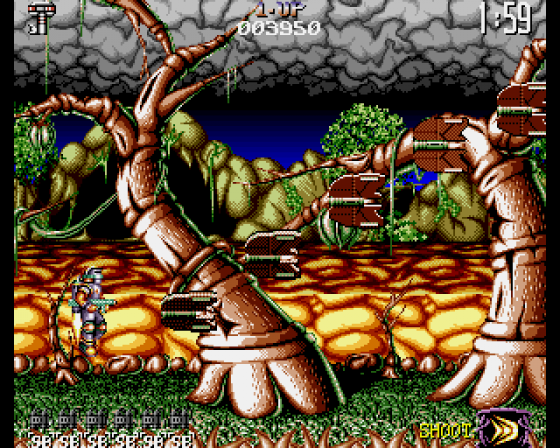 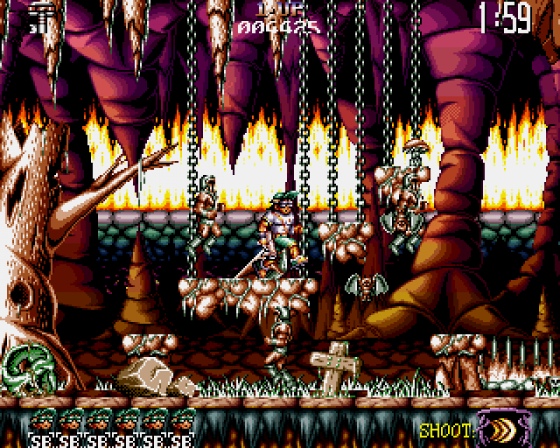 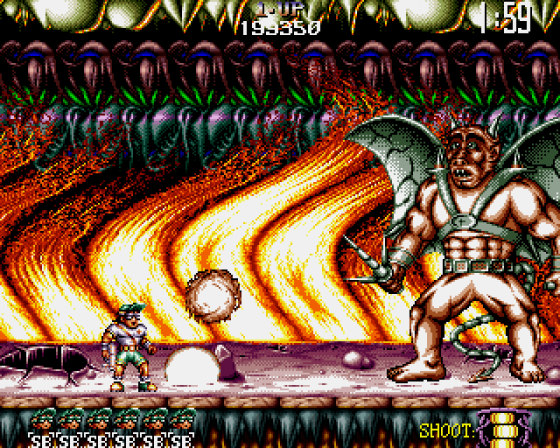