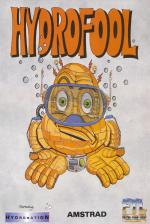 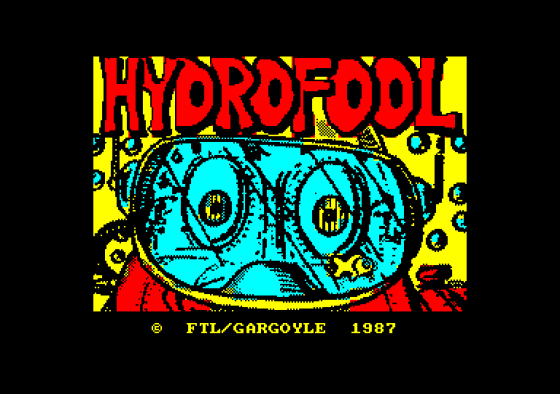 Sweevo the robot might just be coming to the conclusion that someone somewhere has got it in for him. After completing his mission on Knutz Folly, where peculiar alien objects attempted to do away with him by stuffing themselves into areas too delicate to mention in a family magazine such as this (documented in Sweevo's World, if you are of a strong disposition), he barely has a chance to oil his joints before being sent on a mission more deadly, more risk-ridden and without doubt considerably damper. The Deathbowl awaits. And the Deathbowl needs a good clean. Step forward robot Sweevo.

According to the Galactic Aquarist, "the giant planetary aquarium called Deathbowl is now so polluted that the only remedy is to completely empty it of water by pulling each of the four main plugs in the right order". At. this point the resemblance between the Deathbowl and your common or front-room aquarium begins to waver at the edges.

Each of these plugs is activated by special objects, which may be divined by the surrounding floor-plates. The objects are either lying around being guarded, or form part of some of the inhabitants which have therefore to be eliminated prior to the great dealgification. As is so often the case with galactic aquaria, there are caches of weapons hidden in numerous places, and Sweeves will have to find them all to complete the clean. 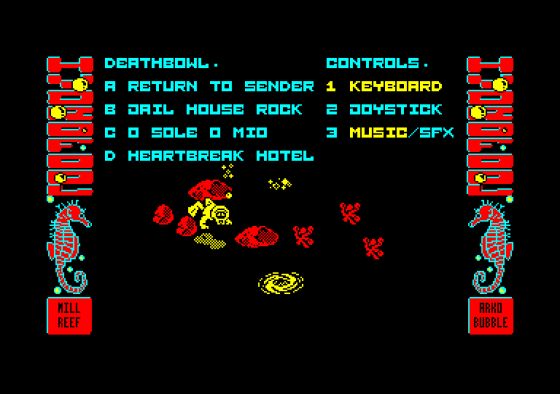 The Deathbowl is set out as a series of underwater caverns in levels. To cross between cavern one merely swims through the holes, but going up or down levels requires a bubble to ride on to go up, or a whirlpool to get sucked into to go down. Fans of American slang will appreciate the significance of the whirlpools. Fish fanciers will by now consider Sweevo's task a reasonably danger-free, if not exactly pleasant, one.

The greatest hazards faced when cleansing a terrestrial tank are usually getting a spot of slime on one's anorak, perhaps being nipped on the little finger by an angry Chinese Nostril Carp, at worst getting a mild shock from the heater where the cat's chewed the cable.

But have we not mentioned that the Deathbowl is as far removed from these domestic pleasures as a game of Galactic Black-Hole Roulette is from a beetle drive down at St Mary's Vicarage? Well then. 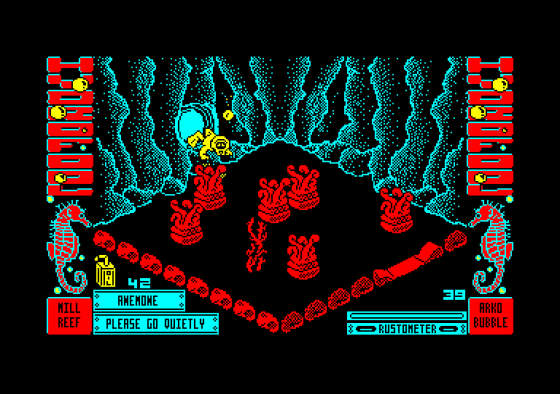 The most present peril is the old problem, known as the Morris 1100 syndrome, that metal (Sweevo) rusts when brought into contact with water (the Deathbowl).

Oil can halt the process for a while, but first you have to catch your can, But even the most well-oiled automaton is no great shakes at bowl-cleaning duties if he's been eaten by a fish, clamped by a clam or whapped by a worm. These latter critters are close relatives of the alien objects we were so careful not to describe earlier, and can just as easily give a young robot a nasty shock.

Filmed in wonderful Hydromation, this piscean jaunt is designed to have you rolling in the isles, floundering all over the plaice and bubbling with laugher. Sea if you don't have a whale of a time.

Sweevo's World made me laugh with its mixture of Monty Python and Benny Hill meeting Knight Tyme. The software manager at Sinclair Research said it all about that game - "There's something peculiarly repulsive about having a finger stuck up one".

Hydrofool is more of the same and better. In the current market, where so many games are weak clones with nary a hint of serious design and originality, any attempt to do a real follow-up with humour and quality should be applauded. I'm applauding.

I wasn't that much of a fan of Sweevo, in fact the only game I have really liked from FTL was Lightforce. In Head Over Heels I felt compelled to play on, I wanted to solve the game and explore all the rooms. Hydrofool left me cold.

Sweevo is HHGTTG Marvinesque. The rising bubble trick has been done before, the graphics are well designed but fail to make the most of the four colour mode. Average.

As games get thicker on the ground, programming teams get more experienced. FTL knows how to put together a good game, and Hydrofool is a fine example. The graphics are striking in places, and the little dashes of wit and wisdom (Don't feed the Wolfish) don't hurt at all. Asking me what happens when the final plug is pulled will be fruitless - I haven't got that far. But I'm working on it.

FTL knows how to put together a good game, and Hydrofool is a fine example. 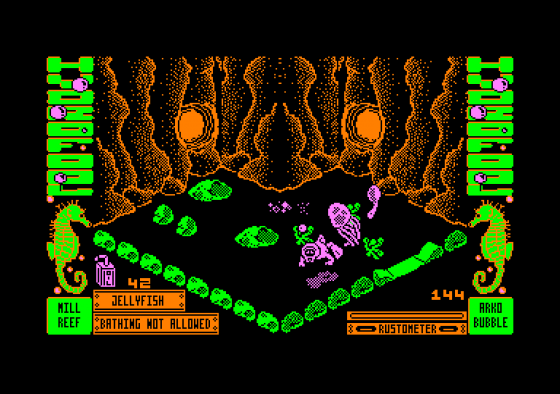