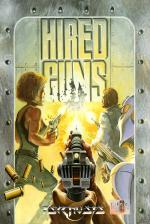 The long-awaited four-way RPG, where you take charge of the hiring - and firing 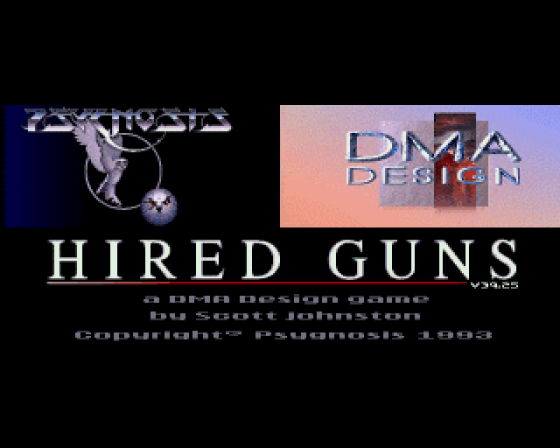 Think about your all-time favourite movies. "What was it that made them so good?" I find myself asking in a rhetorically erudite type of fashion. Could it have been the identification factor - you related to the characters, or their situation? Perhaps it was a particularly ingenious plot? It may even have been a pyrotechnical synaptic overdrive of intensely-furious, visually-extravagant special effects that stroked your trodes. [What? - Ed] All of these are certainly contributory factors, but not enough. No, the answer I was looking for was 'atmosphere'.

Without atmosphere, how can you possibly hope to relate to a confusion of images flashing past your eyes at 25 frames a second? Atmosphere is conducive to that synaesthetic fusion of sensation, rationality and disbelief resulting in total immersion of self. [Don't worry, we don't understand any of this either. But it sounds good - Ed] Your favourite movies are probably the ones with atmospheres that made you feel you were there, as participant or observer.

One case in point is Alien or Blade Runner. [That's two cases in point! - Ed] In both cases it's pathos-inducing atmosphere that makes them so wonderful. Both have a restricted luminance palette [They're not very bright - Ed] and both are very claustrophobic, too. Alien in particular has you sitting on the edge of your seat, dripping cold sweat and totally unsure of when the next big fright is coming. So it is with Hired Guns. 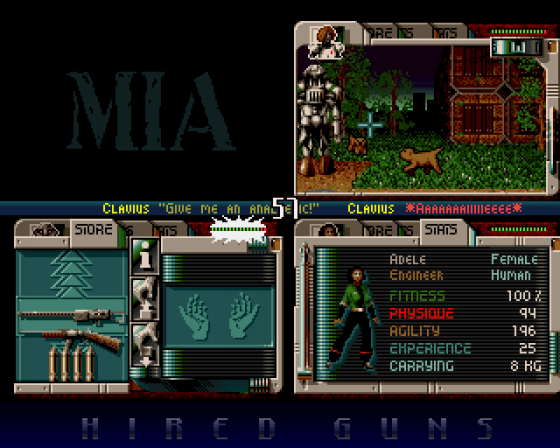 The plot (Yes, it is worth mentioning) bears more than a passing resemblance to Aliens. This time, though, the habitable planet is deliberately producing dangerous bio-engineered organisms. Your job, as part of a mercenary crew of four, is to reconnoitre [Look at - Ed] various locations and render them safe. Four of these locations are particularly important in that they contain fusion power core rings which enable you to blow up the aliens' distribution point.

From the very beginning you know you're in for a rare treat. The opening music spins a web of tense anticipation. Already you feel as if you're trapped like a fly in the ointment.

The character selection procedure is a very slicky scrolly menu with monochromatic [Black and white - Ed] pictures and minimal info. It's up to you who you select, but different parties will be more successful than others in different situations. I chose the two battle cyborgs because (a) they look good, (b) they don't drown, (c) they can carry more equipment and (d) they've got the best arsenal of destruction kits. 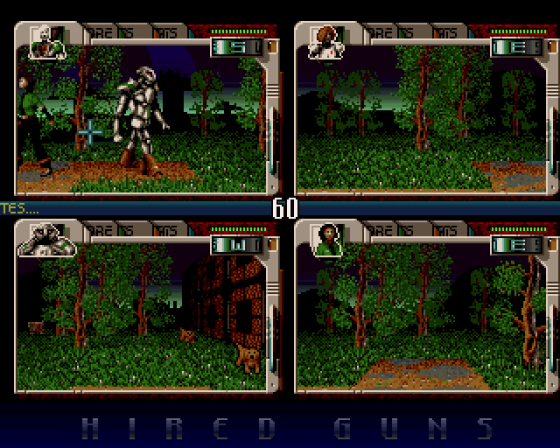 Once you've actually made your selection, the influence of RPG games like Dungeons and Dragons and Traveller will become apparent. Each character has a unique set of statistics which dictate how much damage they can absorb, how much they can carry and that sort of thing. In fact, if Hired Guns had been around when I played D&D, the lead figures, rules, dice, rule books and scraps of paper would never have seen the light of day. (The same can be said for the group I was with, but that's another story!)

Movement is pretty much in the Dungeon Master mould - i.e. you move six feet at a time with every click of the mouse or push of the joystick. The control interface is useful and doesn't get in the way of the action, which there's plenty of. Of particular note is the game's facility to let up to four players play all at the same time, each controlling their own character. You could even try to kill each other if you wanted to! There's even an option to play with Sega joypags if you have access to them - you've got to modify them with a soldering iron (!) so that the Amiga will read all three fire buttons, but believe me, having three fire buttons can make a big difference to the speed of the mundane things like picking up equipment you've found on the way.

But back to that all-important atmosphere. Just as in Aliens we've got a restricted palette resulting in a broody, foreboding [Scary - Ed] sense of immiment danger. The various buildings and corridors feel genuinely claustrophobic. In true Psygnosis style, the surroundings are visually beautiful in an unsettling, macabre H R Giger-type way. 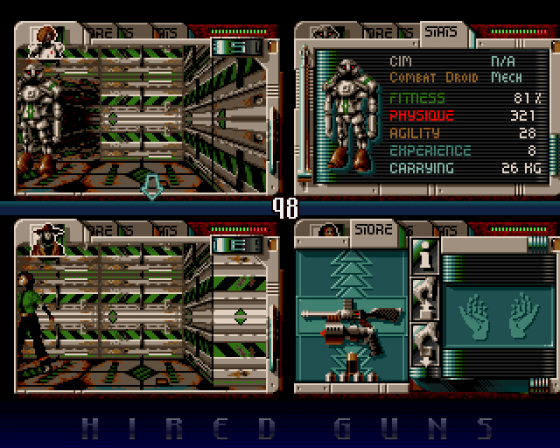 The beauty of the environment, of course, would not be enough on its own were it not complemented by a plethora of very high quality sampled sounds. I defy anyone not to be impressed by the sound of the shotgun and its consequent reloading click when you hit the right mouse button, or the constant thrum of electrical power as you walk through troubled corridors.

Being new to the office, I've been getting lots of advice on how to make my reviews sound different from all the others. So occasionally, one of my traits is going to be a discussion of the game's Gestalt factor. [Uh-oh - Ed]

According to this very important branch of psychology, our brains form mental pictures, opinions, etc from the sum of the parts that make up a whole. Theoretically, the whole should be greater than the sum of the parts. So what's this got to do with Hired Guns? Loads actually. 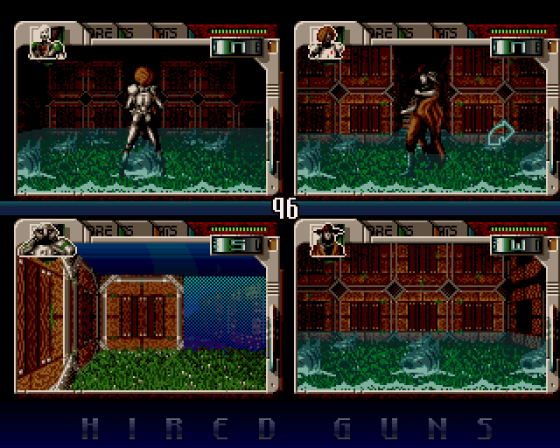 Jack yourself into the game with a pair of headphones (I had to, Stuart was playing his 'special' music extra loudly). Turn down all the lights until you're sitting in absolute darkness. Start exploring and terminating aliens with extreme prejudice. Before you know it, you're no longer sitting in front of an Amiga, you're right there in dangerousville with your chosen party.

Happily for old man Gestalt, Psygnosis have indeed created a whole greater than the sum of the parts with Hired Guns: consensual ['Reacting according to stimulation of another part' according to the dictionary - Ed] graphics, top-notch sound-effects, intuitive control system and well-thought-out party parts.

On the subject of parts, I'll leave you with a quick summary of particularly impressive details that help create the aforementioned synergetic experience.

All of your mapping is carried out by a DTS (Digital Terrain Scanner). Don't lose it. Psionics freaks are well catered for with a veritable cornucopia [A lot - Ed] of psionic devices. There's enhanced sound on two meg Chip RAM machines (410K's worth, apparently). Plus super trooper weapons systems: grenade launchers, proximity mines, sentry guns that shoot anything within ten feet, shotguns, fluorine blasters [They immobilise aliens by making all their teeth fall out, I think - Ed] and so on. And finally finally, there's enough weapons systems here to bring peace through superior firepower to any spatial outback. Whoopee for that, eh?

Downers: Can't think of any apart from maybe the tediousness of swapping equipment between characters.

Hired Guns is an interactive, consensual [Look, stop that or there'll be trouble! - Ed] experience of co-operation and extreme violence. Miss it at your peril.

Wow! An interactive experience of co-operation and extreme violence. 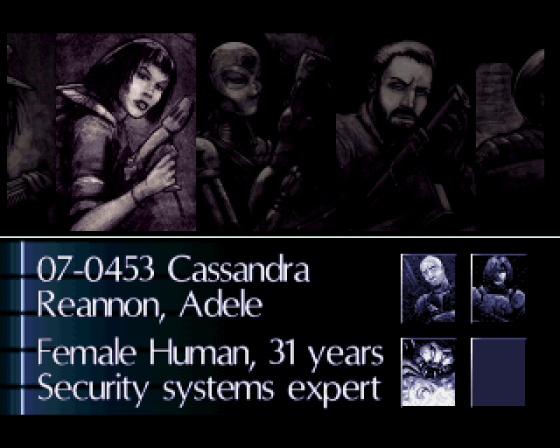 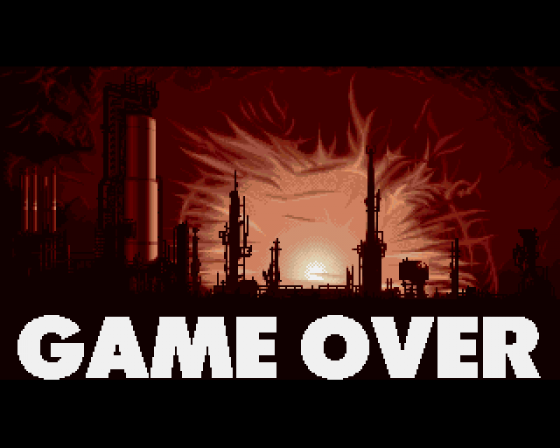 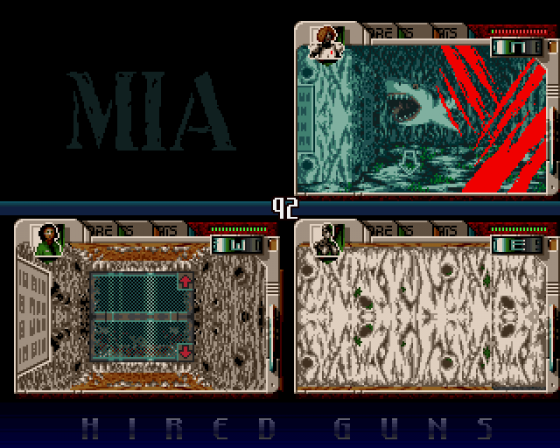