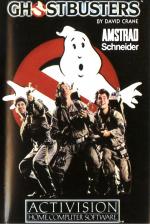 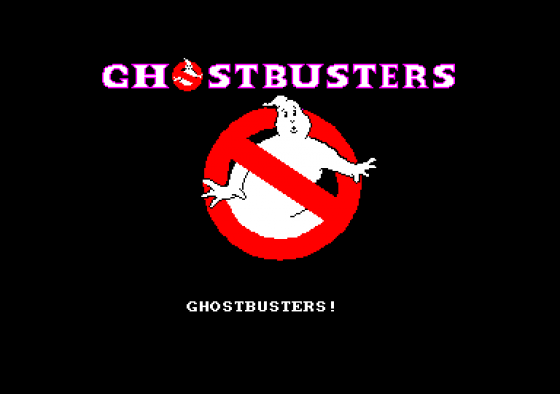 After almost everyone saw the film "Ghostbusters", the computer game was lined-up to be a hit. First of all there was the Commodore version (people tell me this is the best for graphics, sound and playability) which zoomed up towards number one in the top ten. Then came the Spectrum version that was obviously not as good as far as graphics and sound were concerned, but still, two versions were in the top ten.

Now it's Arnold's turn. You've got three ghostbusters and a ghost-inhabited city. Once loaded, you'll you find yourself tapping your foot along to J Parker Junior's catchy tune.

You are then asked to buy a car. Prices range from UN for a VW Beetle look-alike right up to a $15000 sports car. Then, equip your vehicle with various ghostbusting weapons; ghost traps, marshmallow man detectors, PK energy detectors and a pair of goggles that let you see ghosts. 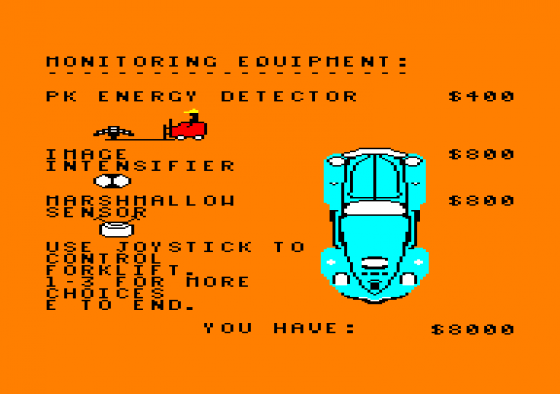 After loading-up, you set-off around the city. You have to move your famous "Ghostbusters" sign around blocks in the city. This maps your route to your destination. If you should pass a ghost you will have the opportunity to 'bust' a ghost with your vacuum cleaner. On reaching your haunted house - highlighted in flashing red - you have to lay a trap and ensnare the ghost. This 4quires a great amount of skill, as you have to catch the ghost between the beams of your nutrona wands. If you should fail to do this, the ghost will 'slime' you. The quicker you react to an emergency call, the more money you obtain for catching the ghost in the trap.

When all your traps are full, or if two men get 'slimed' you will need to return to HQ. If you have earned enough money from ghostbusting, you will be able to enter the dreaded Temple of Zuul. This is where you must go and close the Temple gates to stop Keymaster and Gatekeeper from meeting. Marshmallow man is there-so watch out!

Unfortunately, there is no real variation in the game. Initially, it is great fun and the musical is wonderful. Once the attraction starts to pale, however, I reckon it would gather dust more quickly than usual as its addictive qualities are lacking.

The game requires a great amount of skill, as you have to catch the ghost between the beams of your nutrona wands... Unfortunately, the game's addictive qualities are lacking. 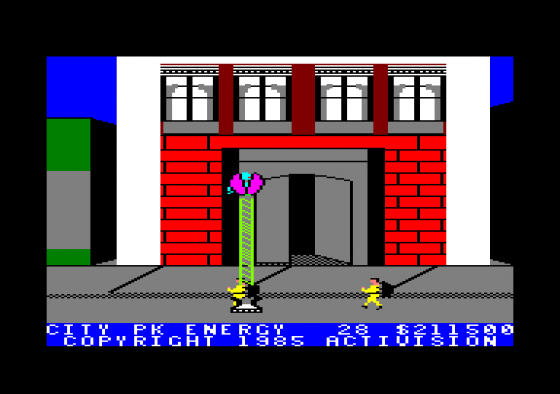 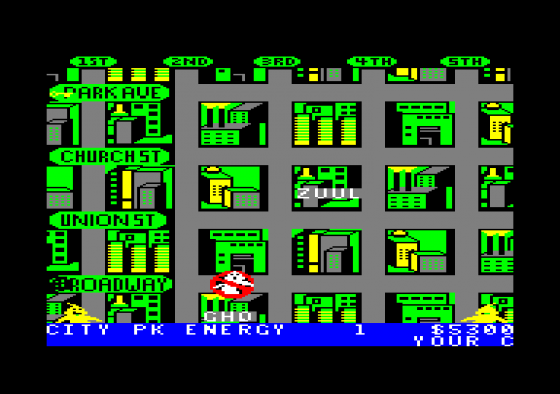 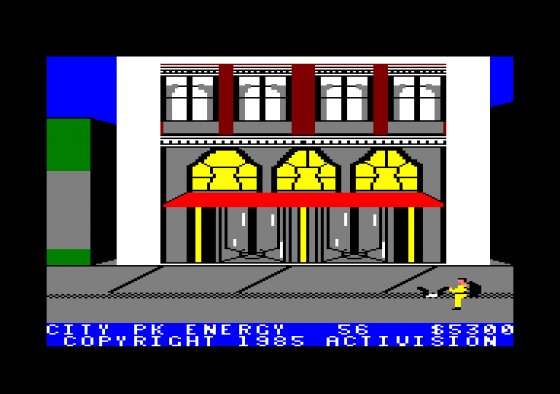