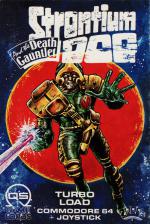 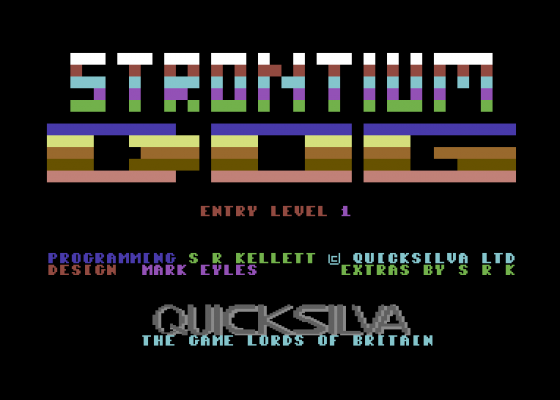 Straight from the pages of the weekly comic, 2000 RD, and into this shoot-'em-up game comes Johnny Alpha, aka Strontium Dog, a search-and-destroy agent. Strontium Dog is not some form of super-mutt but the name given to a powerful human mutant.

Alone and on foot, Johnny is tracking two rebellious dogs, Wulf and Gronk, aka the Stix Brothers, across the planet of renegades. He has to fight off a variety of dastardly aliens and vicious vegetation. Luckily, he hasn't come unprepared - his zapper, time bombs and electro flares help stump the enemy.

Most of the screen is taken up with a side-on view of the planet which seems to be split into three horizontal bands. Mountain, boulders, vegetation and a host of strange stationary objects proliferate. Johnny, attired in natty space-suit, ambles (or sprints) east while the planet surface scrolls west. 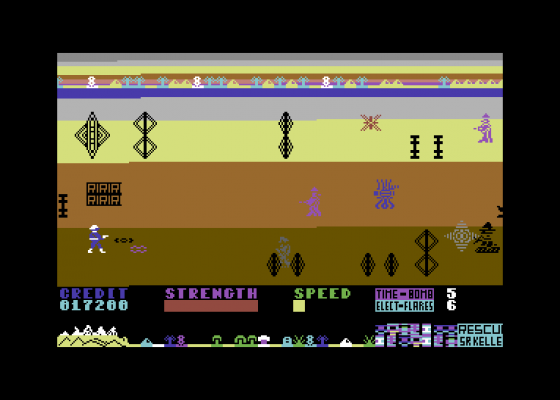 The aliens, consisting mainly of Dalek-like robots, scorpion-clones and spacemen, head relentlessly across the surface, firing as they go. When Johnny is hit by an enemy blast or trips over an alien vegetable, he falls to his knees where he remains stunned and helpless for a few seconds. A panel at the bottom of the screen provides info on Johnny's remaining strength, flares and bombs, as well as displaying a cross-section of the entire planetary surface.

By moving over certain objects such as a Quicksilva logo, Johnny can top up his reserves of strength. When his strength gives out, so does Johnny's luck.

The graphics are simple but effective with scrolling and animation well up to par. By far the best feature is the explosive battle sound dominating the game. Though hardly original, Strontium Dog will give you plenty of action for your money.

Though hardly original, Strontium Dog will give you plenty of action for your money. 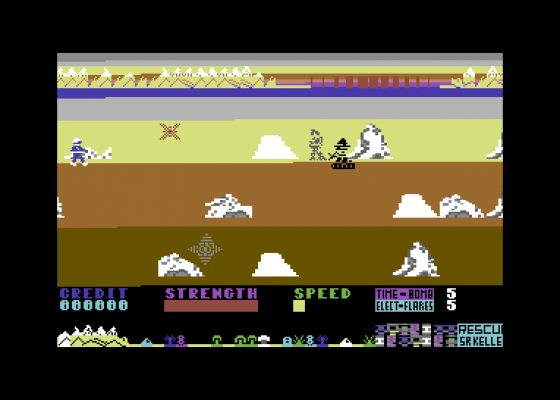 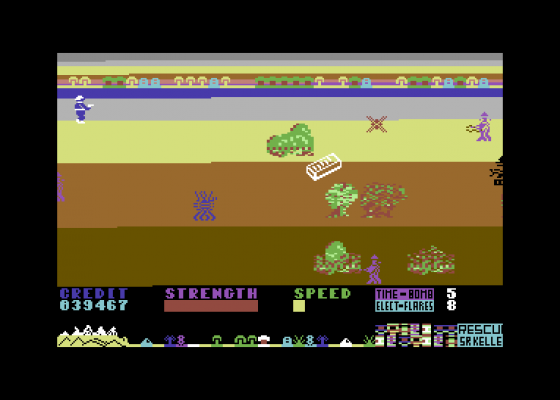