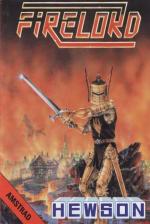 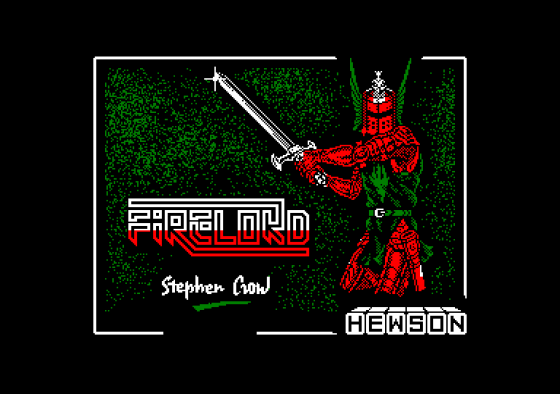 Evil Queens spreading gloom and despair throughout unhappy lands seem to be in vogue at the moment (just ask a northener about Edwina), and the latest sad state to get the maurauding monarch treatment is Torot, Land of Palindromes. The rampaging ruler has the Firestone in her employ (it's not been a good year), and will only relinquish it if some brave knight goes and gets her the four charms to eternal youth.

The Firestone is the source of magic in the land, and by rights belongs to the dragon. The Evil Queen's been using it to send fireballs hither and thither, and has populated the land with various fiends with a strange sense of humour.

The inhabitants used to run and gambol in the highways, eating faggots and chips, but now the spectres in the streets make them stay indoors, supping at lentil soup and morosely dipping into their designer fondue sets. 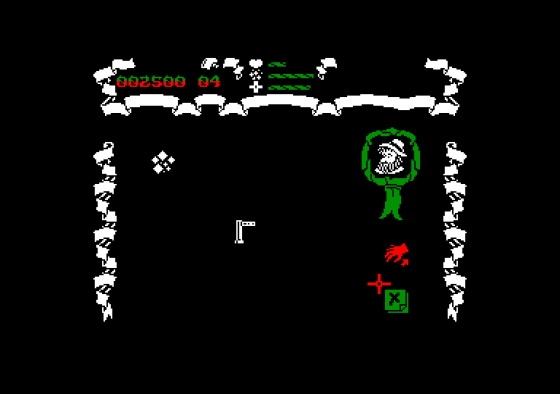 Into this slough of despond rides our hero, Sir Galaheart, also known as you. He's been given a holy hint that by using the Enchanted Crystals, the land can be made free and happy once more. He also has it in mind to release Princess Eleanor, held captive by the cackling queen, and live happily ever after. In this he hopes to get the help of the inhabitants of Torot. The denizens are a mixed lot, There are a lot of peasants, who know the area well but aren't all Mastermind material, To move about, Sir G has to either pay tolls to gatekeepers or obtain Timescape spells from herbalists or similar magicmakers.

He can't carry everything about all the time though, so the medieval equivalent of Barclay's, the tithe ward keepers, will look after any surplus effects.

Various spells are available from witches and wizards, as are dragon's dentures. More ordinary armaments are available from the knights, and pukka gen is to be had from the wise old man and the forest-bound hermit. But the latter is well hidden, and there are a lot of angry teddybears down in these particular woods. 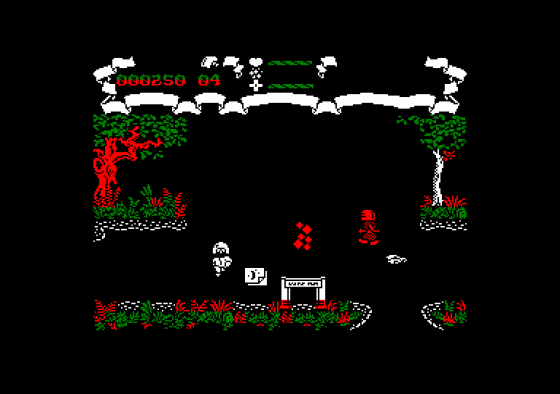 But how to trade? Well, various bits and pieces grace the ground outside the inhabitants' hovels. Sir G can pick these up, and then enter a house and trade with the owner for his services or spells. If he's feeling particularly poor, he can try and nick something. But if caught (and bishops tend to catch), nasty punishments lie in store.

There's a large, maze-like area to explore, and plenty of evil spooks and nasties wandering about in an attempt to stop you. Once inside a house, trading takes place by means of various icons, both for materials used in the bartering and for the actions. You also get a look at the physog of whoever or whatever you're dealing with.

Everything is controlled by joystick joggling. Enemies and friends are easy to distinguish - baddies are outside on the streets, and goodies are safe indoors. So you can't kill anyone you shouldn't. But can you save the land?

This is definitely my sort of game. You run around, picking up things, avoiding baddies when you can and zapping them when you can't and when you trade your possessions, you have a cheat option!

The game's storyline is reminiscent of the Chronicles of Sir Thomas Covenant, the Unbeliever, with ghosts and witches, knights, hermits and an unshakeable belief in the triumph of good over the dark forces.

This game is well on the way to becoming one of my favourites. Although not unique, Firelord has a certain something that makes it one of the best of its genre.

Hewson seem to devote all their best efforts towards the Commodore 64, so it's good to see a respectable game from them. The game is big - with around 500 screens - and Sabre Wulf like.

The trading adds to the fun, and was the best part for me. It feels a little like the multi-user text adventure MUD, but you get to shoot things. The sprites are a bit plain but that does not detract from the playability.

This latest offering from Hewson comes from the fingers of one Steven Crow, coder of Wizard's Lair. And it shows. The graphics are very similar indeed, and much of the action is in the same vein.

However there's added fun in the trading side of things, and a good deal more to do overall. I quite enjoyed Wizard's Lair, and I quite enjoyed this. If you tend to get stuck into a game, you'll probably find this quite rewarding and a long player. The less dedicated gamester will not find much different from earlier games.

From the fingers of one Steven Crow, coder of Wizard's Lair. And it shows. The graphics are very similar indeed, and much of the action is in the same vein. However there's added fun in the trading side of things, and a good deal more to do overall. 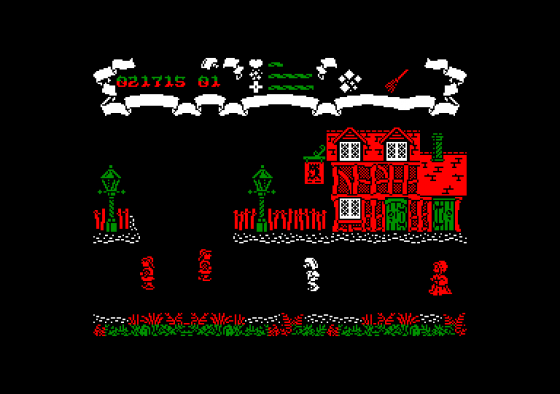