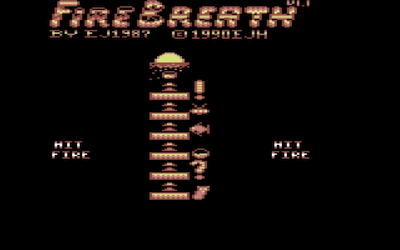 The worm has turned cute in this unreleased Bubble Bobble clone. 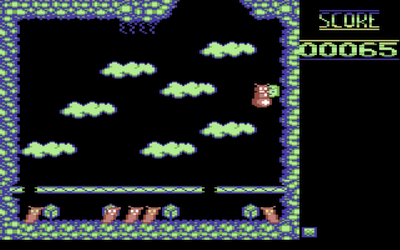 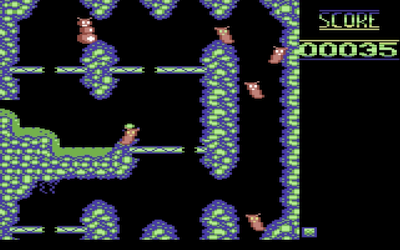 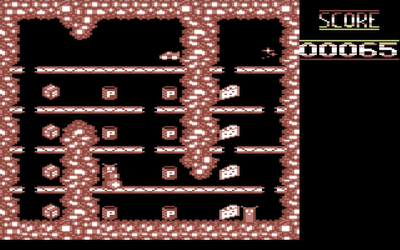 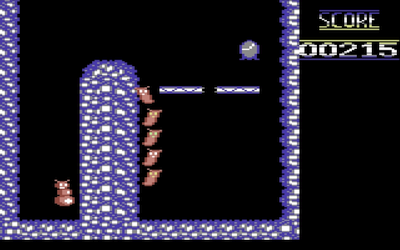 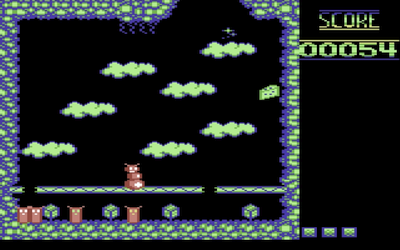 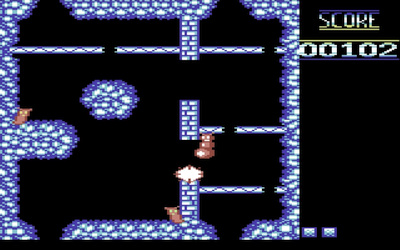 Dozo the worm has just eaten some super-hot chillies and, in desperation, he has flung himself into a nearby well in order to drink some water. Unfortunately, the well's inhabitants don't take kindly to his presence and attack him. That's the scenario of Fire Breath, a recently unearthed Commodore 64 game from Erik Hooijmeijer, in which you take control of Dozo and must attempt to fight your way back to freedom.

Fire Breath is one of those games where you must clear each screen of nasties before you proceed to the next, and there's no password system so when you lose your last life (You have five of them!) you must start all the way from the beginning again. It's a machine-code arcade-style game, clearly inspired by span id = "game_title">Bubble Bobble, with randomly placed bonuses that may or may not appear as you scoot through the screens. There's some reasonable, if not great, music to accompany the action and the graphics are colourful and chunky but do the job.

Considering the success of Bubble Bobble, you might be tempted to rush out and get Fire Breath without any further introduction. However, I hasten to add that, despite sharing much of what made that game so great, Fire Breath in no way emulates it in terms of playability. It has a large number of quirks which make it a very fiddly game to play. Firstly, you don't pick up the bonus items by just running into them. For some bizarre reason you have to jump whilst standing in front of them to pick them up. Often this will, naturally enough, necessitate jumping up to the platform above. Which is completely unnecessary.

Secondly, the patrolling nasties do not follow set patterns but react to where Dozo is on the screen. This means that on some screens, you can assume a certain position and they all come meandering over like lemmings and you can roast them with your fire breath without needing any skill whatsoever. On other screens though, they 'home-in' on you when you're in a position it's hard to escape from. And if you lose a life, you can be re-incarnated on top of a nasty too, leading to a infinite death loop. Very frustrating indeed.

You can jump up, but you must fall down by finding a gap in the platforms and falling through it, and you can wrap around to the top of the screen by falling through the bottom of it. The nasties can do this too. Whilst in Bubble Bobble this works fairly well as a game mechanic, in Fire Breath Dozo and the nasties are forced into a more cramped area, and Dozo moves more slowly than the nasties he is chasing. Navigating the platforms and trying to land safely therefore becomes much more difficult than you'd expect.

And finally, when a certain amount of time has passed, all remaining baddies speed up completely without warning. You can be tiptoeing up to them, judging exactly when to pause and hit the fire key, only for the nasty in question to suddenly zip across the screen like greased lightning.

When you combine all of these quirks, a lot of the fun that you'd usually expect from a 'cutesy' game of this type simply disappears.

The level designs introduce variety, although they're not particularly imaginative, and the game has a nice attract mode running through the characters it includes.

All in all, Fire Breath is a reasonable Bubble Bobble clone but one which doesn't really measure up. If you think of it as a Work In Progress, it's really not too bad and shows a lot of promise. Perhaps Erik Hooijmeijer will revisit this game at some point and tidy it up a little...