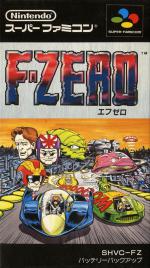 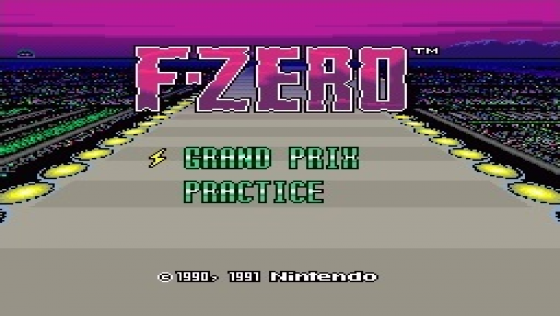 Captain Falcon leads a bizarre kind of double-life. During the weekdays he earns his keep by capturing highly dangerous criminals and cashing in on the huge rewards. The weekend is spent participating in the F-Zero championship - the fastest, deadliest set of races held on Nu-Earth.

It is this part of Captain Falcon's life that is captured on this Super Famicom cartridge. There are three leagues of F-Zero racing to participate in. The Knight, Queen and King Leagues offer five races of various difficulty, with the ultimate F-Zero champion being the person who comes first at the end of the King League.

There are twenty cars taking part in each race, but the real obstacle to success is the track itself. The courses are populated with all sorts of death-inducing hazards including mines, jumps and magnetic energy-draining poles. These all drain energy from your craft, and should you lose all of your energy you die in a massive explosion. However, to prolong your racing activities there is an energy pit-lane built into each course that is used to reclaim lost energy. 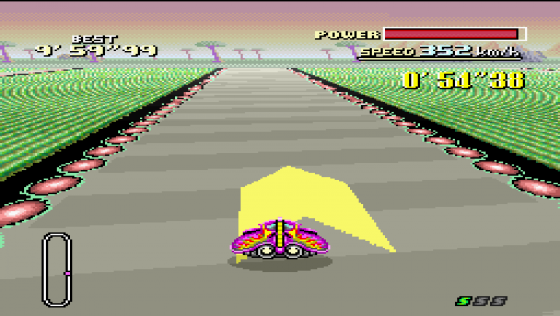 There are five laps per race and at the end of each, your craft is endowed with some nitro fuel. This is used to give your ship that bit of extra speed - but watch out, as you can only carry three charges at a time!

Here's a useful tip to give you an early lead in the game. When you zoom ahead at the beginning of the race, position, yourself directly in front of the car to the right of you on the starting grid.

When the car catches up, instead of overtaking you, it'll knock straight into the back of your car, thus aiding your acceleration! 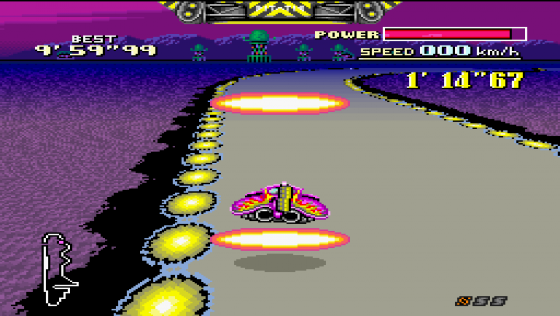 Although F-Zero centres around the high-speed antics of Captain Falcon, there exists the option to adopt the mantle of another character. Each character drives a different car, and each motorised steed has its own strengths and weaknesses.

There are eight different tracks in F-Zero, each offering a different challenge to hardened drivers. Some tracks may be seen twice, or even three times during the game. For example, Death Wind crops up in both the Knight and Queen Leagues. However, on the higher difficulty level, new hazards, faster drivers and even extensions to the track itself make the going that bit tougher.

If you've got a Super Famicom, F-Zero is one of the first games you can buy for it. Although it only takes you a week or so to complete the game, it's the taking part that's so enjoyable. 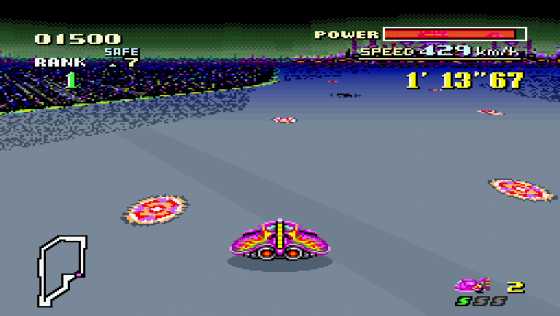 Whizzing around the amazing 3D landscapes (there'll never, ever be anything to touch this graphically on the Amiga or Megadrive) is made all the more enjoyable because the handling of your car is so realistic.

Ignite a turbo on a corner and you'll spend the next few seconds spanging aimlessly the track, desperately attempting to regain control. It's simply so good to play that you'll be coming back months later for another go (I know, because I bought the game when it first came out and I'm still playing it!).

F-Zero must be the definitive console racing game, and I look forward to the inevitable sequel! 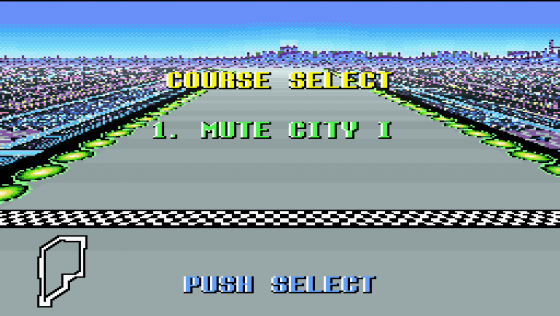 Using a similar 3D routine to Pilotwings, F-Zero is simply the most impressive racing game I've ever encountered. For a start, it's stunning to look at, with gorgeous, silky-smooth landscapes whizzing by at incredible speeds.

It also plays perfectly - the way the craft "feels" and responds to your joypad movements is utterly perfect. Misjudge a corner at high speed and you skitter all over the track, and much finger twitching is required to save yourself from severe energy drain.

Adding to the on-the-edge high speed thrills are the computer opponents, who cut you up and give you a truly challenging race - on later levels they're really hard to beat. If it's high speed thrills 'n spills you're after, put this at the top of your shopping list. 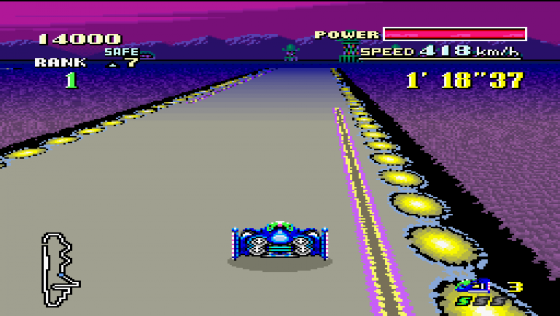 Graphics 94%
The best 3D race courses you'll find on a console for quite a while yet!

Playability 92%
The handling of each car is so perfect that you're instantly drawn into the game.

Lastability 88%
F-Zero has fifteen tracks and three skill levels and is so enjoyable to play you'll be at it for months.

Overall 90%
Fast, thrilling and challenging - everything a race game should be! Go get it!!

Fast, thrilling and challenging - everything a race game should be! Go get it!! 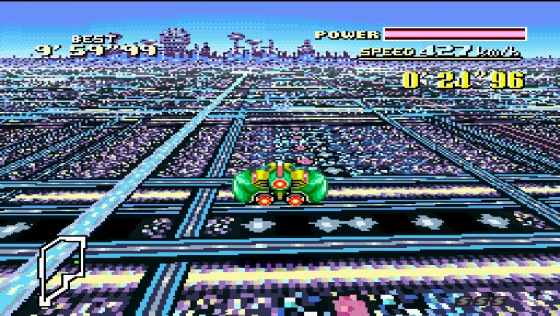 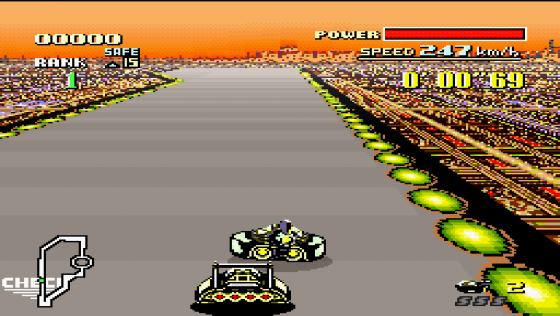 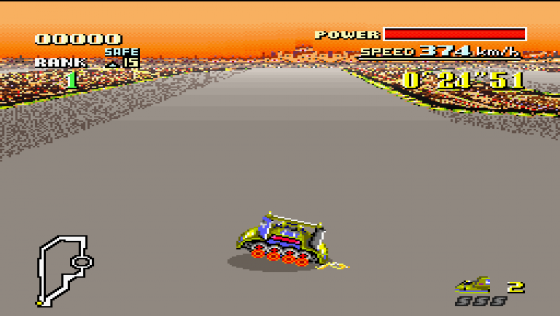 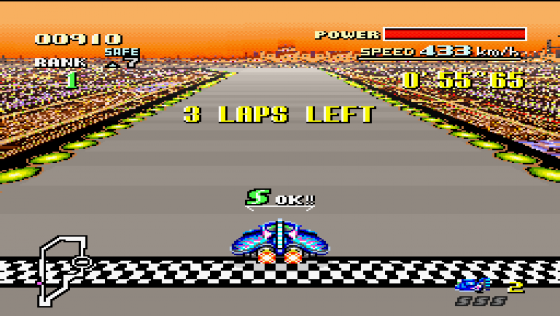