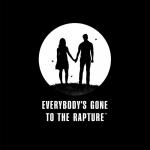 Everybody's Gone To The Rapture (The Chinese Room)

By The Chinese Room 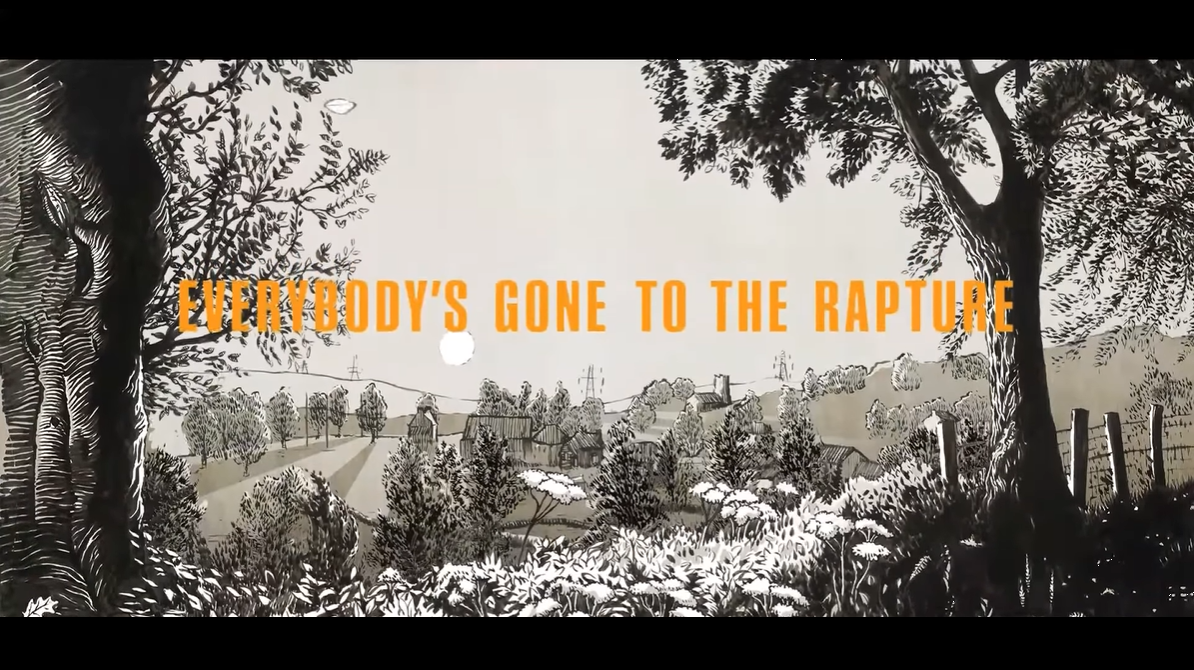 Everybody's Gone To The Rapture 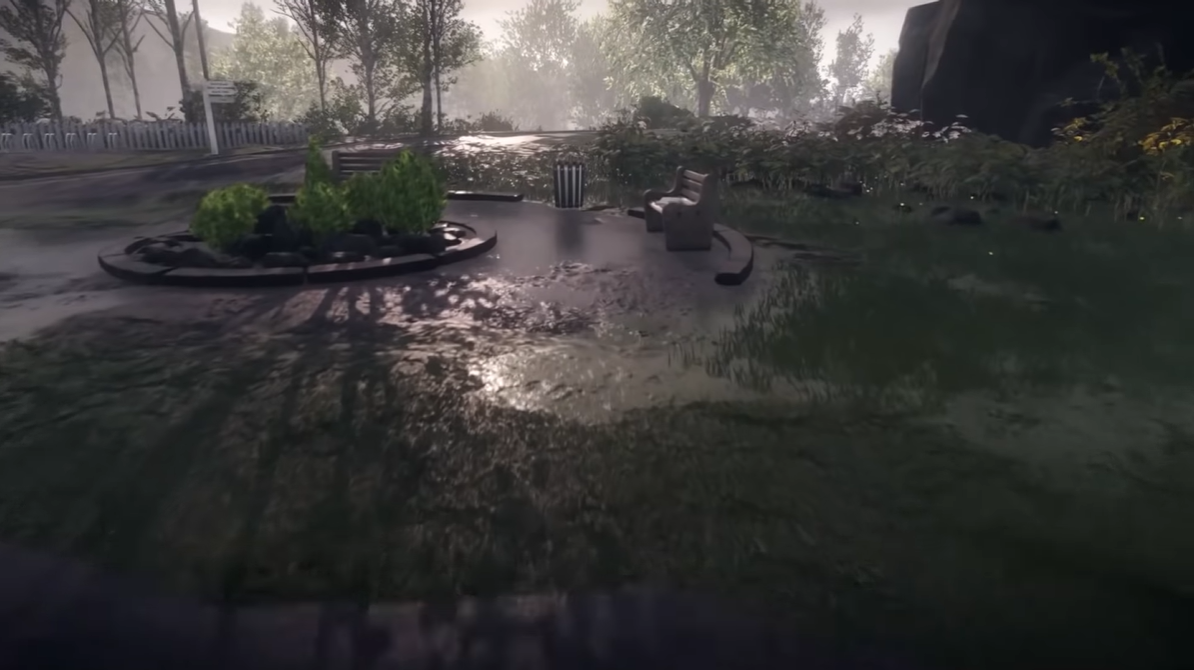 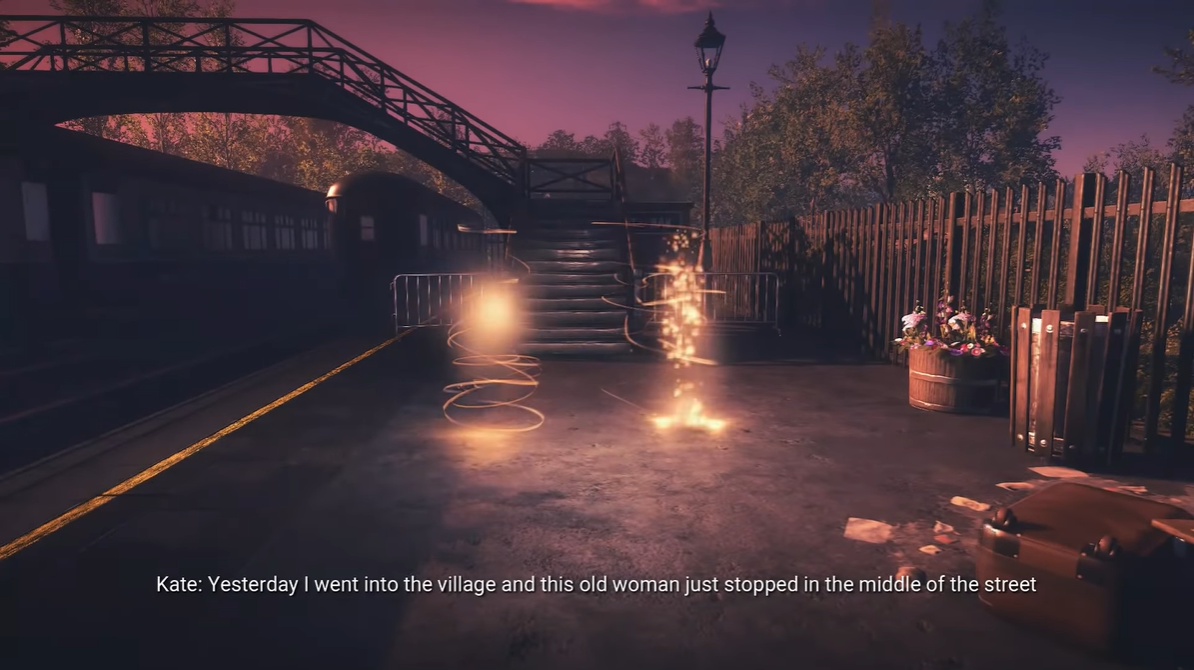 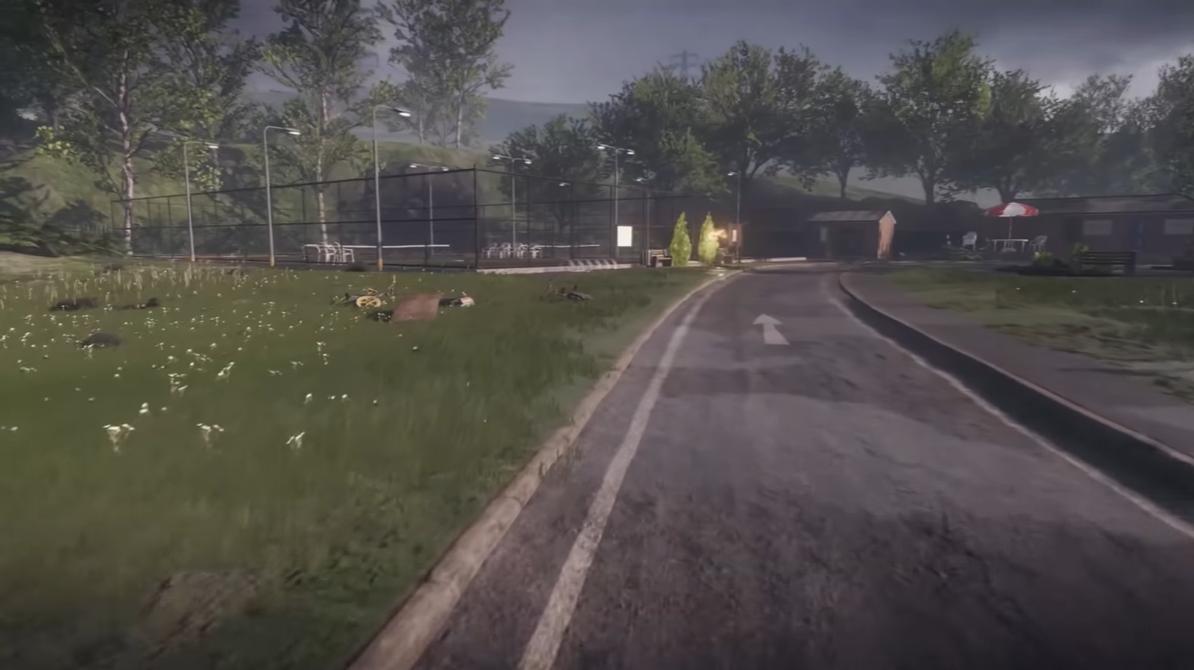 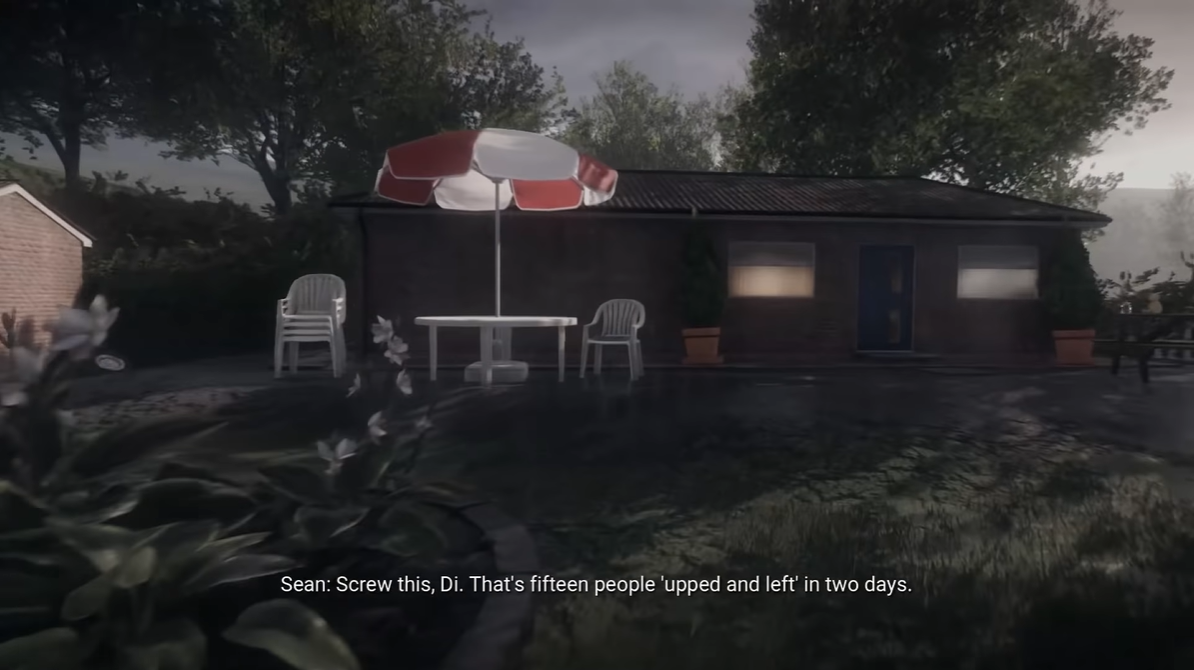 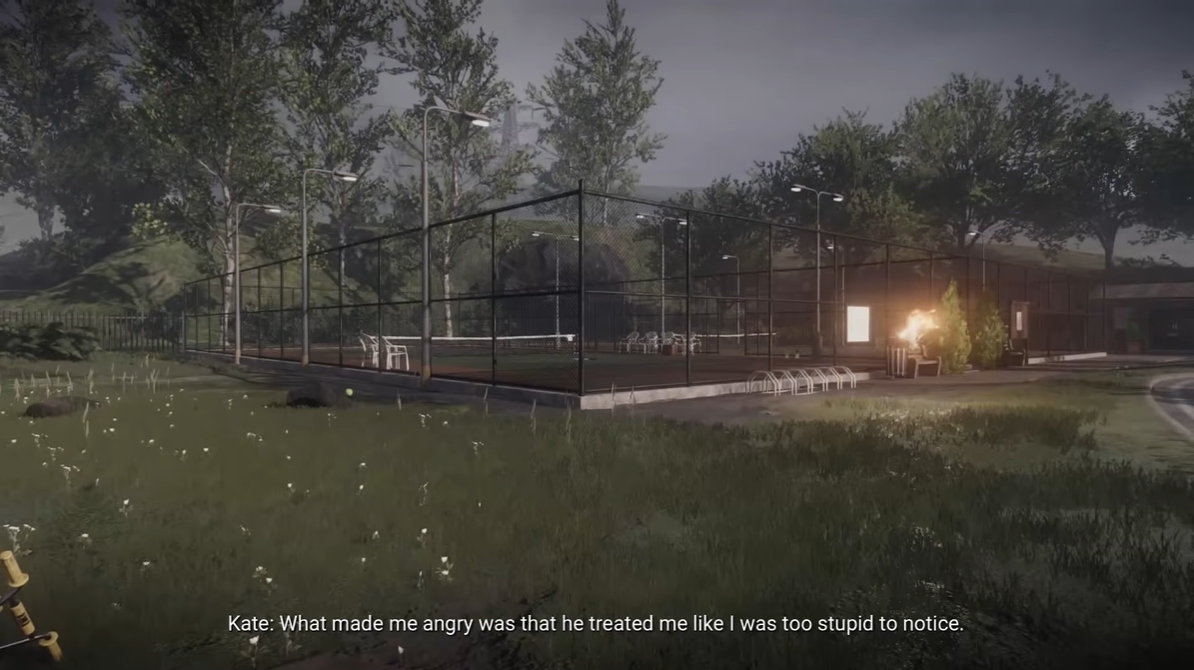 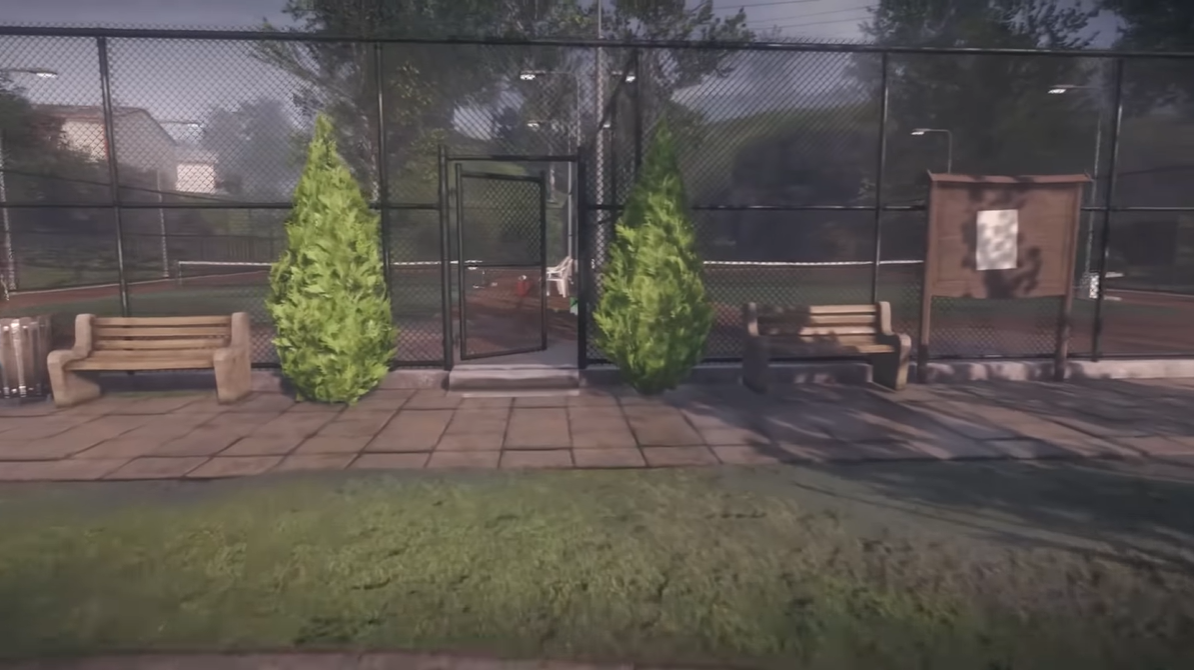 The Chinese Room were responsible for Dear Esther, the first 'real' walking simulator that anyone remembers and which spawned a number of games where you watch a story develop, rather than run, jump and shoot your way through. Everybody's Gone To The Rapture is another game in the same style. As with Dear Esther, you cannot fail to be enraptured by the graphics - if you thought the Scottish Hebrides in Dear Esther were realistic, then try wandering through an entire Shropshire village in 1982, complete with red post-boxes, telephone boxes, garishly-decorated sitting rooms, well-kept gardens and... well, I could go on, but I want to make a different point so I won't. The graphics are exquisite. Quite possibly unbeatable, in fact. But the premise of Everybody's Gone To The Rapture is just a more positive way of saying Everybody's Dead.

I think, as human beings, we've all wondered what it would be like if, suddenly, everyone apart from us disappeared off the face of the earth and we had free reign to wander into all of our neighbours' homes and gardens and discover their secrets. This game gives you that opportunity. The trouble is that such an experience turns out to be not much fun at all.

The game doesn't start with an intro, and so you start the game outside the Valis Observatory, confined to a small area where a radio spookily emits a series of numbers. There's a general sense of dread in the air, as if something has gone very wrong here... the road is obstructed with Road Closed signs, there are abandoned cars here and there and the Observatory itself is locked up tightly but otherwise seems completely abandoned. A bit of investigation reveals a large ball of light spinning and hovering near to a locked gate, and holding down the right mouse button and edging the mouse left or right effects a degree of control over this ball, which eventually results in the gate opening and granting you access to the Shropshire village beyond. So far, so weird.

Now I consider myself a reasonably intelligent man, so when the word 'Jeremy' faded in and out of view as I began my journey, I understood that this marked the beginning of Jeremy's 'story'. However, the game lost me pretty quickly after this point. The problem is that you, the player, are just too "free" from this point on, with no idea of what's happened and no idea of what you are meant to be doing. Darting around the village you see more of these balls of light, which seem to beckon you to certain places. But catching up to them is a long, and sometimes very tedious, process. You have to walk everywhere. You cannot run. You cannot crouch. You cannot pick anything up. In fact, the only thing that you can do is nudge open the odd door or gate, or receive a message on a ringing telephone.

Some balls of light, when you get near to them, reveal a segment of Jeremy's past, a sort of glimpse of something he said or did. However, it's by no means clear how relevant it is, or why you should care. Other balls need to be interacted with, with that weird right-mouse-move-about-a-bit means of control, and they then explode into an extended cutscene. The problem is that the characters are not depicted as they were when they were alive but as transparent glowing apparitions which fade in and out. Often you are facing in the opposite direction to the cut-scene when it starts and you have to slowly turn around to see it. However, this problem pales in comparison to the fact that, without turning on the subtitles, you cannot tell who is talking to who. This problem is particularly acute when you witness, for example, three transparent men having a fight. What was the fight about? Who was fighting? Who started it? Who won? If this fight even matters, why does it matter?

Perhaps this is really why I struggled with Everybody's Gone To The Rapture. I just could not see the point in a lot of what the central premise (i.e. that everybody's dead) had to offer, and clips from lives lived only make that premise even more oblique. I imagine what The Chinese Room are trying to do is to convey that if everybody's dead, the world is not ended, and everybody dying is not necessarily a bad thing because there is a sort of beauty in the interactions which everybody has had with each other in the past. In the case of Jeremy, as he wanders around the village, we 'see' interactions with his parishioners. His story is one of six and, as you wander around the village, you see another character's name fade in as you switch to 'their' story.

But another big problem is that, for example, when I played the game "as Jeremy", I walked straight past a lot of balls of light without even seeing them! Jeremy's story faded out and, in turn, Wendy Appleton, Frank Appleton, Lizzie Graves and Stephen Appleton's names faded in at intervals of about forty minutes as I walked down the main road, always imagining my final destination was somewhere at the end of it. If a ball of light caught my attention, I pursued it but I didn't choose to enter every abandoned car, house, garden, barn or windmill that I came across. That 'mistake' (although there was of course no way for me to know it was a mistake) seemed to result in the game not triggering the final story, with the result that I had to retrace my steps (slowly) all the way through all of the areas I'd already visited. Beautiful though all these areas may be, when I walked for over an hour and didn't encounter a single ball of light to guide me, it occurred to me that probably I'd strayed from the 'intended' path and I may well never now find it again.

Interacting with these balls of light is something of an acquired skill too. The first few times I encountered one, a handy little mouse icon tried to direct me with what to do, but it didn't seem to work about 50% of the time and I almost gave up playing the whole game at the very first gate because I found it initially so difficult.

I suppose working out what's happened is part of the 'allure' (because I can't bring myself to say 'fun') of the game, and, without saying too much about this, it seems that it's the final two characters, Stephen and Kate, who are responsible for the 'event' that ended up wiping out the whole of mankind. You can comprehend this although, of course, you can't stop it. This is a disaster movie game, no matter how gorgeous it looks. And it's a disaster movie game with no action whatsoever. The highlights come from, like I've said, the free roaming you can do. You can wander forest paths, hike through endless fields, walk around the village pubs marvelling at the price of a pint (50p in 1982!) and the very best location in the whole game has to be the abandoned holiday camp, a place where it seems to be permanently pouring with rain and where abandoned toys bear testament to a failed attempt by the military to... well, that's probably all I can say without spoiling it.

Since I played Kholat and Firewatch, I've become a big fan of these 'walking simulator'-type games. Everybody's Gone To The Rapture is much more ambitious in its scope than either of these, and it's about five times bigger than Dear Esther, but I personally found it much less enjoyable. If you just want to play it through, and you stray from the given route, it can get very boring very quickly and, even if you do complete it, you may well have to read a whole essay on the Internet to work out exactly what it was all about. If you're intrigued by games that are very different then you'll probably find it worthwhile, and the intersecting characters, stories and plots are interesting, if you have the time to piece them all together (You'll need a big notebook!). The soundtrack suits the game well, with haunting melodies, arias and mournful choir music. But don't come to the rapture expecting, like the title indicates, some fun. In a world where everybody's dead, you won't find any. And I'd be surprised if you ever wanted to replay it.