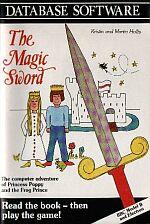 In the couple of months prior to Christmas there seemed to be one excellent adventure released every week - try not to solve them too quickly, as we're probably in for a quiet few weeks with just the occasional gem standing out.

Commodore 64 fans could try Country Quest, in one location of which you'll actually find a C64 and a TV set, though whether you later find a copy of Country Quest to play on it, I didn't discover.

From Wye Valley Software (05446-202) at £6.95, it is a text-based adventure that takes place while you're on holiday in a country cottage somewhere in Hertfordshire. Being an adventurer, you've naturally chosen a cottage with a story attached to it - the owner of the nearby farm died leaving plenty of money but no relatives, and the money's never been found.

Nosing around the first few rooms uncovers a suit, some food and the aforementioned computer and TV, though as there seems to be no power they're not much good to you.

Out in the farmyard you have to be careful when approaching the slurry pit of rather revolting colour (a slurry with a tinge on top), and your milking skills might be put to the test, too.

The responses in this game are incredibly quick and the atmosphere convincing, although I didn't care for the many sudden deaths that occur without giving you a chance to save your position. An above-average adventure, but only just.

The Sandman Cometh, a two-part Spectrum adventure at £10.95 from Star Dreams (17 Barn Close, Seaford, Sussex BN25 3EW) rates about the same. I didn't get off to the best start, reading drivel such as 'Welcome to probably the most unusual adventure you'll ever embark on. Your mission is to find the Hourglass of Infinity and by so doing to conquer your dreams. It is said that dreams are as important as reality, for there is but one reality and there are many myriads of dreams.'

As a myriad means a vast number, I'm not sure about many myriads, and there are spelling mistakes galore, such as when you go 'passed doores' instead of past them, and the authors can't even get the name of one of their inspirations correct: "Apologies to Herman Hess," they say. As his name is spelt Hesse, they ought to be apologising.

Still, the game itself proved intriguing, and there's a weekend in Paris up for grabs as a prize. All locations have graphics, and you must pay close attention to these as they sometimes depict things you're not told are there.

Your initial task, for example, which takes you out of the first two self-enclosed locations, requires you to spot a particular object and do something with it. That leads you through to an endless corridor of doors, any one of which you can go through.

The first leads to a fairground, with a shooting gallery and a ride on the Ghost Train to Transylvania. Here my progress was halted by a wall of water. I found a lifejacket beyond the second door, but it disappeared in a puff of smoke when I touched it. The third door conceals a gunslinger (the gun at the shooting gallery is unfortunately chained up), while the fourth is a locked cell where you have only a few moves before expiring - or rather, before waking up, which is how it ends.

I've only just scratched the surface of this adventure in an initial couple of sessions, and I'd like it more if it weren't for the pathetic attempts at humour. Best adventure this week is undoubtedly The Magic Sword, though, despite the fact that it only took me half an hour to solve it. That's no great boast as it is intended for very young children, who should get great pleasure from the enjoyable fairy story of the Princess, and the Prince who gets turned into a frog by the wicket witch.

The cassette/disk comes with a full-colour storybook that sets up the adventure before asking you to solve it. Commands are entered by single key presses such as S for South, G for Get, R for Record, and so on, and this Record (save) feature even reminds you to unplug the EAR connection on the Spectrum version.

The Spectrum tape has a Commodore 64 version on the other side, and the BBC/Electron versions also come on the same tape, all available from Database Publications at 68 Chester Road, Hazel Grove, Stockport SK7 5NY. Graphics are rather crudely done, but I'd recommend this for children at the learning-to-read stage.

Finally this week there's even something for Dragon owners, so they won't feel left out, although there are versions for most machines of The Shrunken Scientist (£5.95 from Quickbeam Software, 67 Old Nazeing Road, Broxbourne, Herts EN10 6RN).

You know what it's about from the title, but how to overcome the problem of being only one inch high? You got yourself into the mess, and to get out you must somehow reach the lab table and eat the crystals that you know are there. This involves carting about bits of walnut shell, darning needles, rusty screws and any other debris you can find lying around your filthy laboratory.

At the same time you must do battle with ants, spiders, frogs and larger enemies: my first death was at the hands, or rather the beak, or a raven, and I'm currently trying to cross a busy main road.

A nice teasing adventure, where you have to try to figure out if the tree you come across is actually a chair leg, in the hope that this gives you some inspiration as to what to do next.

No outstanding titles this time round, but good second division stuff, if you want a change from the likes of Sherlock and Scott Adams.