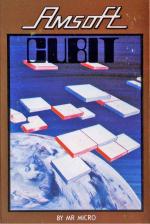 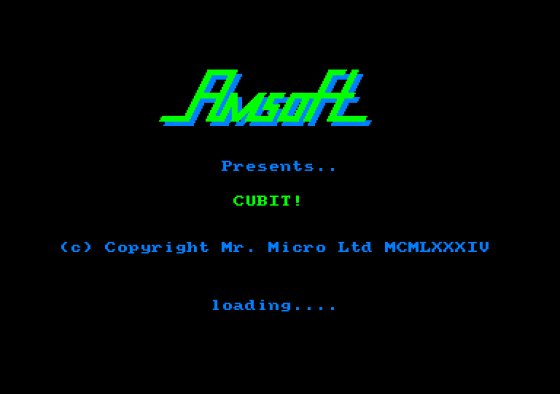 Cubit is the computerised version of 'Space Lines' which is a 3 dimensional game of 4 in a row. Playing on four planes certainly encourages you to think strategically, looking at each event from every angle.

The object of the game sounds easy enough, (just place four of your pieces in a row either on one plane or from top to bottom), but is more difficult than it first appears, especially when you're playing against the computer.

The game can be played equally well using colour or green monitors, and with the cursor and copy keys acting as the joystick.

Once the program is run, the screen offers the choice of one player against the computer, or two players. When the one player option is selected you can play either first or second. The cursor is moved round the platforms or planes using the joystick, and the fire button is used to change the direction of movement or to place the piece in the selected location. About a minute's practice and it comes naturally. When playing against the computer the responses are very fast and seem to be made almost as soon as your last piece has been placed.

When you win a game (ok, so I cheated and played myself) the screen displays the capital letters so you can enter your name in the hall of fame, provided your score is greater than those already there. To enter a name, use the joystick to move the cursor under the character you want and press the fire button. This reviewer had a challenge trying to enter a name; the trick here is in the last three characters of the display. The square is used to enter a space, the arrow to delete a character, and the copyright symbol to enter the name.

Very responsive... And the game can be played equally well using colour or green monitors. 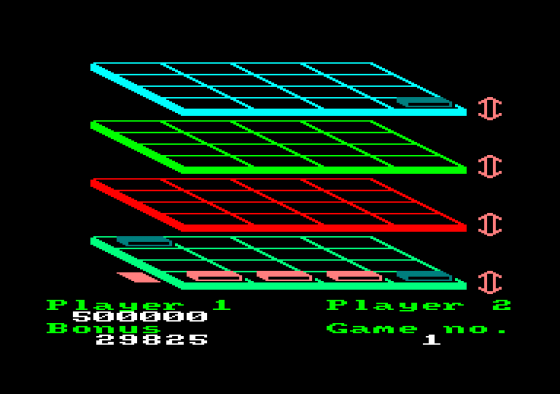 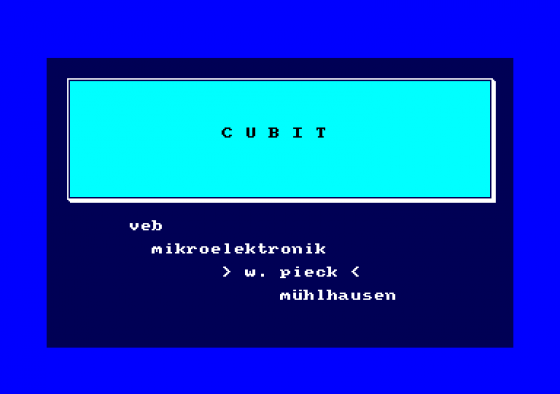 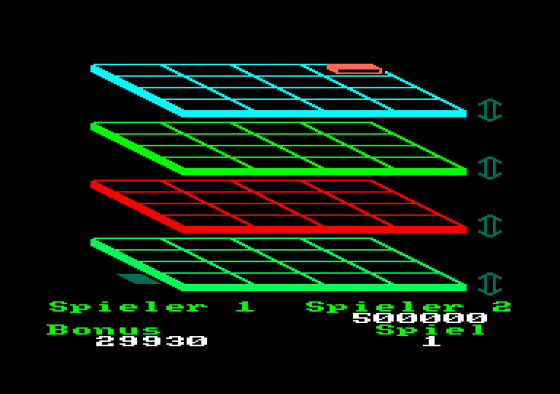