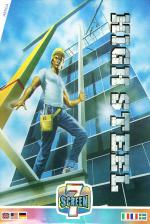 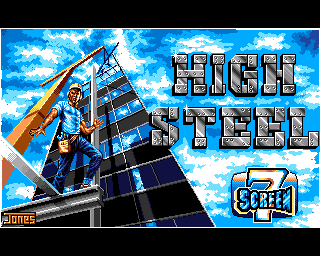 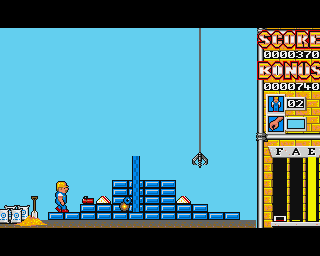 As one of the country's highest paid construction workers, your job is to build concrete and steel buildings as fast as possible, in this strange game from Screen 7.

There are, of course, hazards to prevent this being an easy job, such as falling bricks, aliens, and crawling bombs, each endeavouring to prevent the structures getting built.

The graphics are almost cartoon-like, brightly coloured and extremely crisp and effective. There are sound effects for just about everything, but unfortunately they in no way match up to the quality of the graphics. Gameplay wise, it certainly won't have you rabidly tugging the joystick in all directions, but building each structure does have an appeal, and becomes almost puzzle-like at times. An attractive and unusual game which defies categorisation. 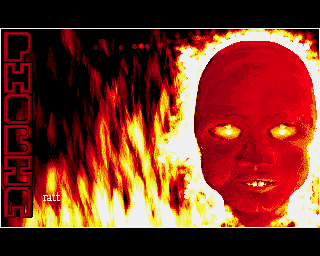 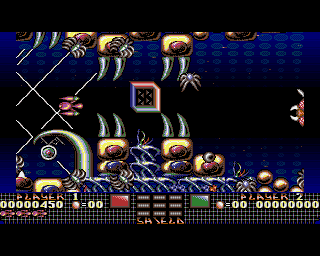 Phobia on the Amiga does not measure up to its predecessor on the C64 unfortunately. It is a horizontally scrolling shoot-'em-up, and the scrolling is fine, the screen colourful, but there is simply too much going on at once on the screen. At times it is impossible to get through a wave of aliens, as there are so many, in addition to bullets, bombs and missiles all aimed squarely at your ship.

A difficult game is fair enough, but this is crazy. Sound is about average, which pretty much sums up the rest of the game. 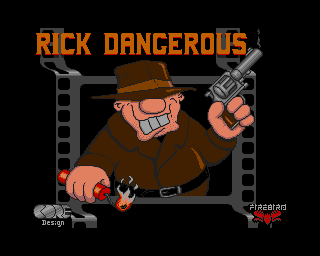 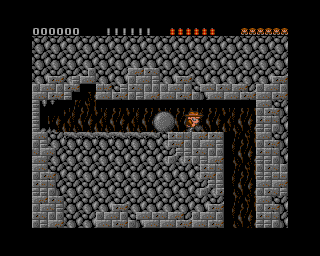 Tony Dillon gave the C64 version of Rick Dangerous a well-deserved 84% a couple of months ago, and the Amiga version is, fortunately, every bit as good as the earlier incarnation. The gameplay is practically the same in this flip-screen arcade adventure, but obviously the sound and graphics have been enhanced.

There is an atmospheric little tune at the start of the game, and brilliant spot noises, including a fantastic gunshot and scream sound every time you shoot someone. The graphics build on the strength of the C64 version, with highly detailed but attractively coloured screens throughout.

My one tiny complaint is that it might have been possible to introduce decent scrolling on the Amiga, as opposed to the pseudo-flip screen effect on the C64, but this aside, it is in every way a worthy successor to the C64 version. 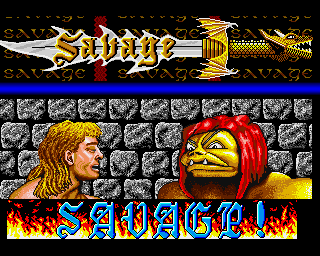 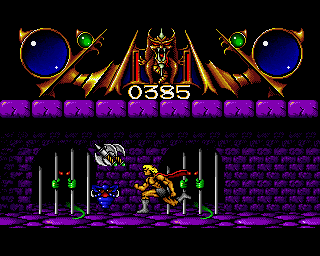 We first reviewed the C64 version of Savage in November of last year, so methinks a brief recap is on the cards. Savage is a three part game, each part linked by a fairly feeble scenario, but thankfully no one buys games for their scenarios.

The first part is a horizontally scrolling beat-'em-up of sorts, with the main character throwing an endless supply of axes at the constant stream of mutated animals which attack him. Some of these will leave bottles of drink, diamonds or better weapons when they are killed. In the second scenario, you fly through a valley similar in look and style to the Buck Rogers arcade game from years ago, avoiding huge monoliths, whilst attempting to shoot skulls which drift into your sights. In the third, you are an eagle attempting to locate a maiden through labyrinthine passages and cells.

The graphics and sound on all levels are both excellent, with a brilliant tune on the first level in particular. The graphics are highly colourful and the sprites are large. The animation of the main figure on level one is a little awry when he jumps, but apart from that it is excellent. To sum up, brilliant sounds and graphics, and two disks crammed with excellent gameplay.

An attractive and unusual game which defies categorisation. 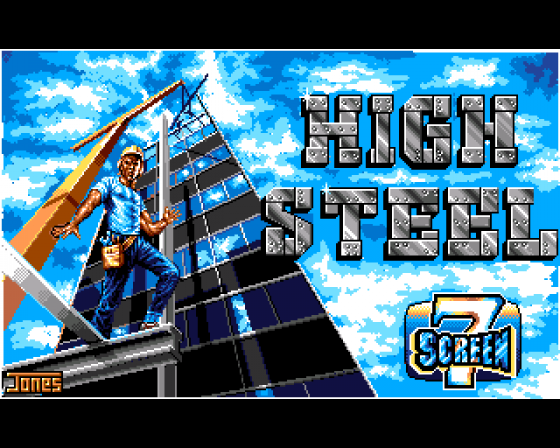 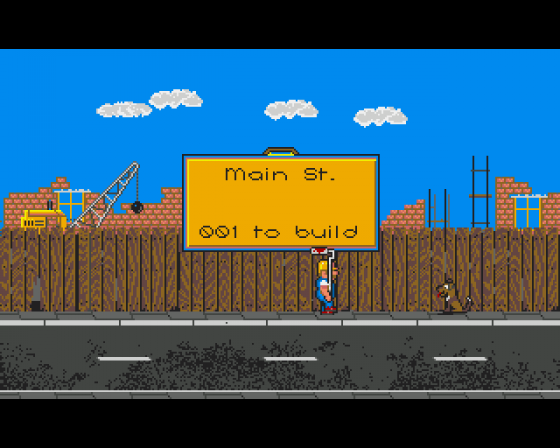 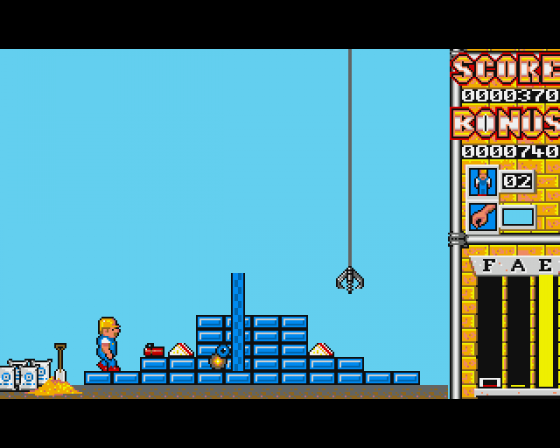