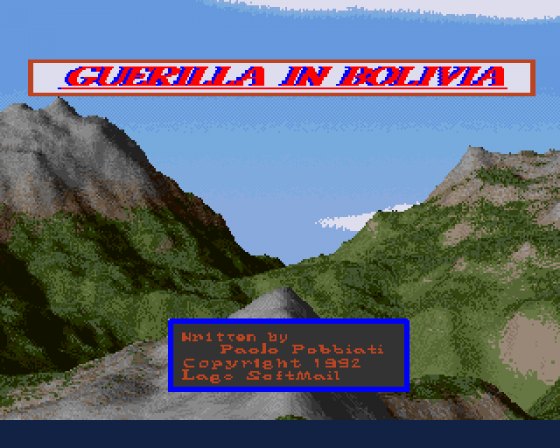 Guerilla In Bolivia is a strategic simulation with action sequences. The game was inspired by the diaries of Che Guevara which were kept during the campaign commencing on November the 7th 1966 in Camiri.

The simulation takes place across the whole of Bolivia - you have six detailed maps as used by Che himself. You will have to deal with ambushes, clashes with militia, sort out the food and provisions for your men, train any new recruits and run a Guerrilla campaign. You start with fifteen fighting men, the core of the Che Guevara's operational unit.

Guerilla In Bolivia is two games in one, a sophisticated strategic simulation and an exciting adventure. 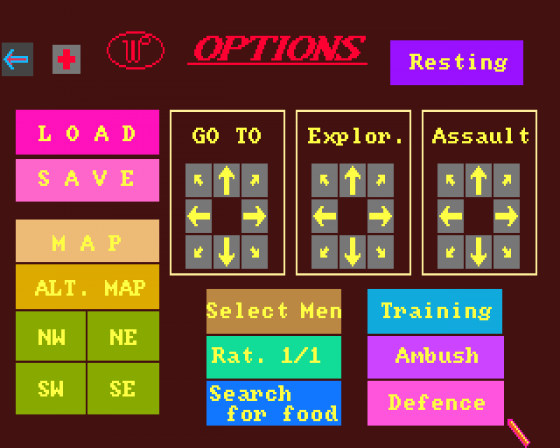 Er, oops. Actually, the back of the packaging to this war game has both solved my uncomfortable dilemma of how to begin this review and explained what the game entails in one rather convenient swoop, leaving me shaking and sweating with panic considerably less than when I usually sit down to write a review.

The game in this review, incidentally, has been written by those people at CCS, veterans of the war game since the Spectrum, who this time have mercilessly opted for the text and lists style of gameplay without even a flashing square in sight. 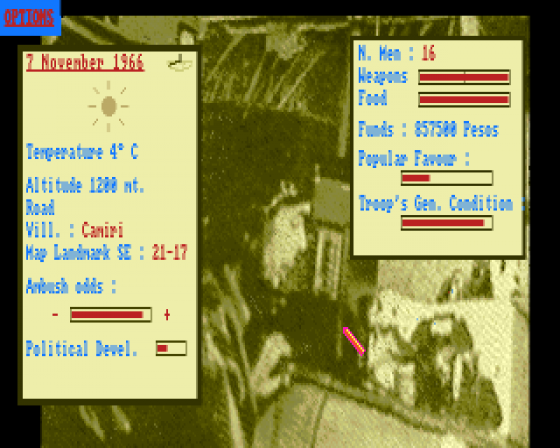 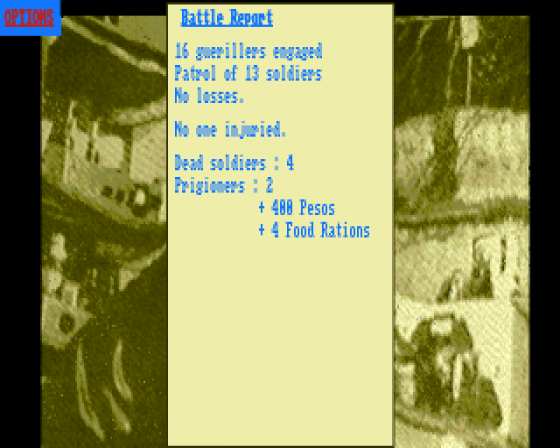