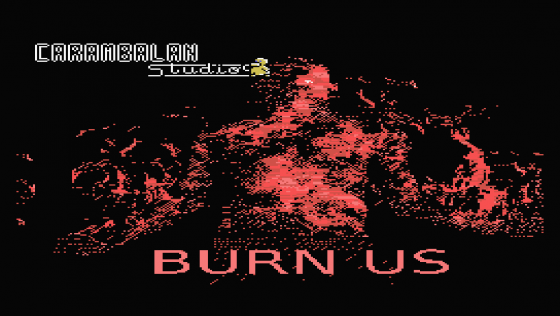 Before I start I have to mention the lack of instructions. The supplied text file contained nothing to help me get started, so I was flying blind. I went with my gut and managed to figure out what to do, but it did lead to problems which I will cover a bit later.

"As a masochist of the sect Givemehard, your goal is to burn yourself to the bonze" [What the? Maybe it's meant to be bones - Ed]. The goal is to find and take the gasoline and lighter, then head to the altar to burn yourself. But... if I burned myself in the last level why am I back to 100% and needing to burn myself again in the next level? It makes no sense. Anyway, let's see how it plays [Sounds downright bizarre - Ed]. I quickly found out the cursor keys would move my character around. The space bar will make your character jump or use an item if he has one. If he has an item then he won't jump, which makes it frustrating trying to get away from enemies.

The first level of the game is pretty basic. Grab the knife, whack the snake with it, grab the petrol and lighter and go. With the second level the frustration factor starts to set in. In this level you need to use bombs to bust through the floor. Bombing the floor requires you to be pixel perfect as you can waste your bombs by hitting the wrong spot. Upon grabbing the lighter I found myself stuck, as the area I was in only had two bombs. I couldn't get out and there was no way for me to restart the level. I pushed every key on the keyboard to no avail. I needed to reset the MSX and start again. There may be a way of restarting the level without having to reboot the computer, but without instructions I have no idea how. 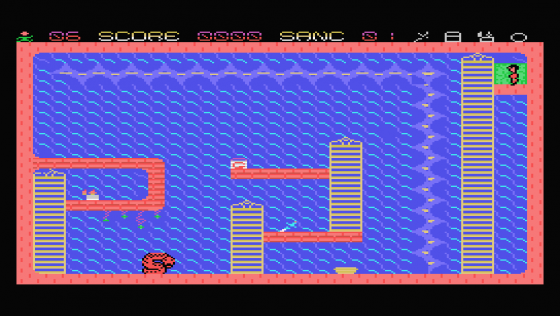 On another level, I found myself at a ladder that needed repairing. Before you start the level it tells you what you need to fix it, but the text doesn't stay on the screen long enough so I missed it. I made my way to the ladder only to find I couldn't fix it, but heading back meant facing a snake that I had no way of avoiding. There was no choice but to die and start again. The graphics are average, though the main sprite moves well. There is a single audio track that plays throughout the game with minor sound effects.

The music is decent, though it is only a single track that loops. The sprite moves well and the controls are decent.

The game is pure frustration in a ROM file. Instructions need to be put onto the intro screen, the character needs to be given more manoeuvrability or a higher jump to get over enemies, and if there is a level reset key then make it obvious.

Overall, this was a bit of a disappointment and a frustrating experience. Some people might stick with it for a while, though they might end up wanting to burn themselves for real!

A bit of a disappointment and a frustrating experience. Some people might stick with it for a while, though they might end up wanting to burn themselves for real! 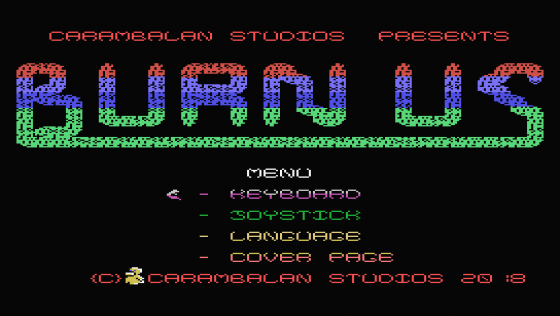 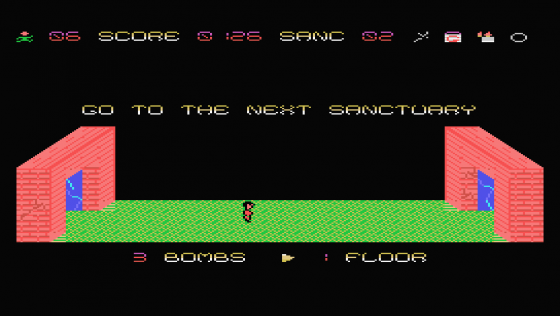 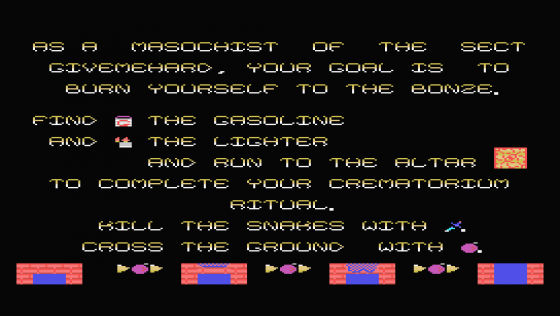 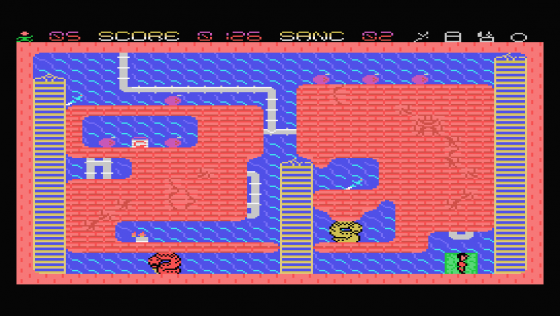