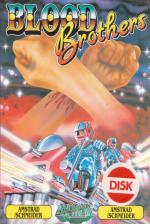 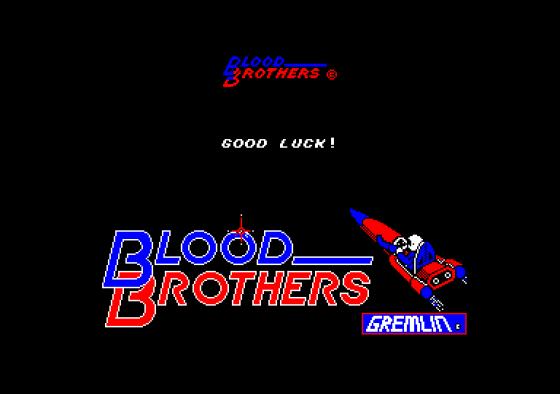 Computer games would certainly be at a loss without the "rich planet just waiting to be plundered" scenario. Blood Brothers follows this trusted pattern.

In this case the planet is known as Sylonia, home of the heroes - and brothers - Hark and Kren.

These two Sylonian slickers were just out having a quick joyride on their turbo-injected Skywalk jetbikes when who should mowsey along to their residence but those nasty Scorpions. 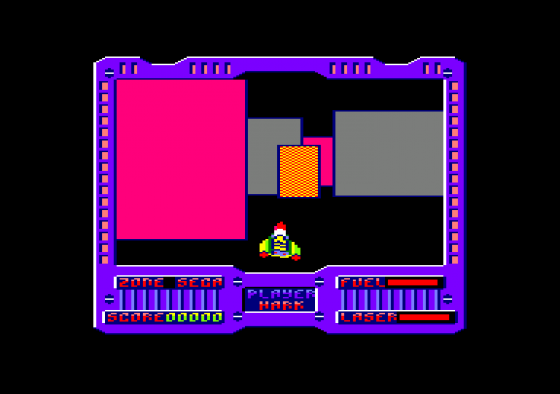 Cads and bounders to a man, the Scorpions - for those unversed in B computer game plots - are just a tad unpleasant. They like gems, something that Sylonia has plenty of, but they don't like paying for them. Pillage and burn is more their style, with a spot of kill mixed in to liven things up.

The Sylonians are meant to be peaceful, but since non-violent shooty games sell about as well as saltrn'vinegar flavoured ice lollies, it is just as well that the Brothers have some handy weapons about their persons with which they may shoot the obligatory flying nasties.

But the Scorpions can only be defeated by collecting all the pilfered gems - a rather hackneyed plot in these enlightened days. 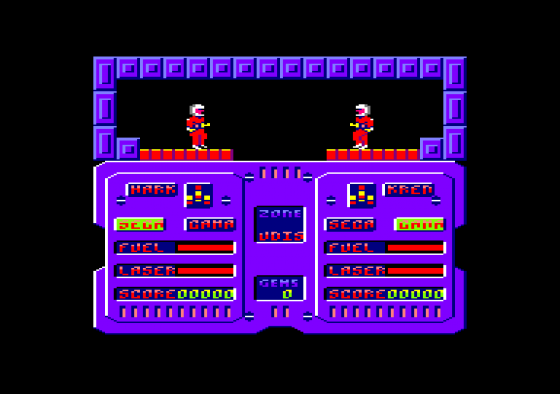 Despite the fact that not one Scorpion is ever encountered in their underground mines, gameplay is kept from being utterly rancid by a unique two player option.

This allows both players to co-operate in one room, or for each player to go off in their own direction. Sadly, only one of the players is visible if they have split up, but they can be switched between quite easily.

However, the days of the "shoot the block to open the maze and get the loot" game is long past, and this one should have gone with it.

Blood Brothers is a mediocre two-player game that doesn't deliver the goods, even for a single player. All in all, Gremlin really shouldn't have bothered.

The Brothers must wear woollen suits, because if even a toe is dipped in the water they are sunk - literally. However, the gun recoil is a new idea, but play the game for five minutes and you find out why you've never seen it before - it's dire.

Gremlin shouldn't have bothered to even release this. Blodgey graphics, iffy sound, awkward controls and creaking gameplay go to make it eminently forgettable. 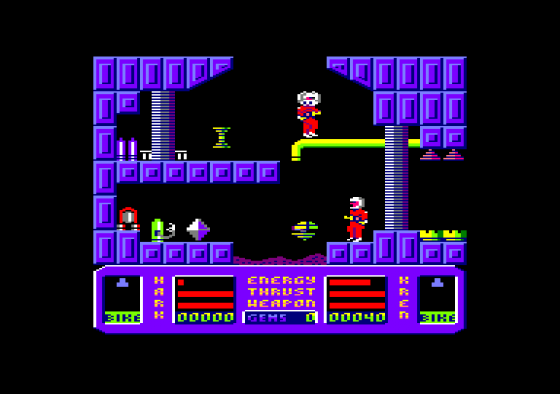