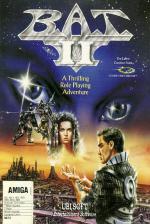 If you're after an ambitious sci-fi adventure kind of affair, then you've come to the right place. 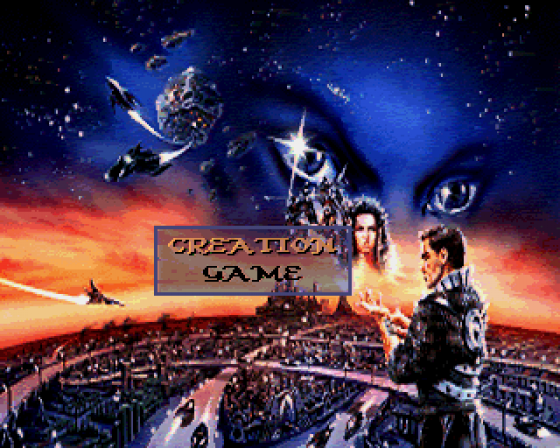 Here's a weird one. A vast science fiction RPG-cum-adventure game that has built-in flight simulators, a pseudo racing game, an Arkanoid clone, a little puzzle game and even a spot of Chinese checkers. The more technically minded among you, can even get a spot of programming done during the game as well. Well, I did say it was weird. But is it any good?

Seven games in one, eh? Hmmmm. How does it all fit together? Better make sure the glue's pretty good or the whole thing's going to fall apart at the seams and you'll be left with a misshapen blob on your screen. Thankfully, the glue in Bat II is damn good stuff, because not only does it hold all the bits together, it creates one of the most involving adventure-gaming experiences you're ever likely to come across.

Despite the fantastic futuristic plot - something along the lines of a computer having a monopoly of a substance called Echiatone 2, the king being a robot and you having to sort out the mess - the game is remarkably easy to believe in. Computer Dreams have gone to great lengths to create a complete game world and it's surprising how quickly it begins to absorb you. Yes, you know it's in the 22nd century, when people can travel through black holes and do other absurdly unbelievable things, but the day-to-day life in Roma II is so involving that you believe that's how things will be 200 years from now. 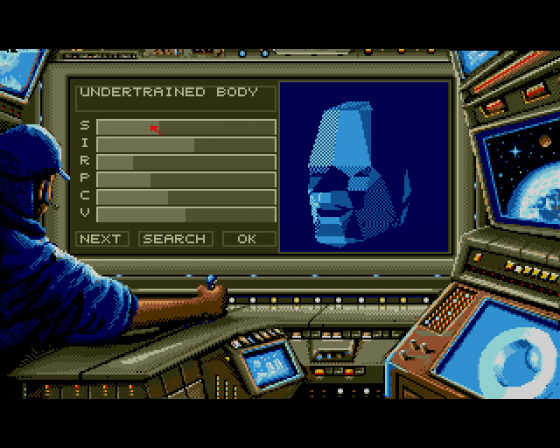 All RPGs seem to start with character creation, and Bat II is no exception. It consists of adjusting pretty standard RPG statistics, including strength, charisma, vitality and intelligence. But as with most parts of the game there's a neat twist - you can define your desired combination of characteristics and use an in-game computer to trawl through the available agents to find your perfect match.

The first impression you get when you start the adventure proper is that you don't know what the hell's going on. Walk up a street and the screen splits in two. Go in a building and the screen divides into three. For the first couple of hours it's nigh on impossible to tell where the Sam Hill you are, and where you'll be when you move off the screen. The manual waffles on gaily about the Dynorama system, which enables "images to come and go at will". In theory, it's a really good idea, but in practice it can often be downright confusing.

When you get used to the system, though, it does have many benefits. Because many locations only fill a quarter of the screen, they take up less disk space, and as a result you get more places to visit. It's also quicker to skip between four quarter-screen locations than to load four full-screen versions. See? It all makes some sort of sense in the long run, you've just got to be patient. 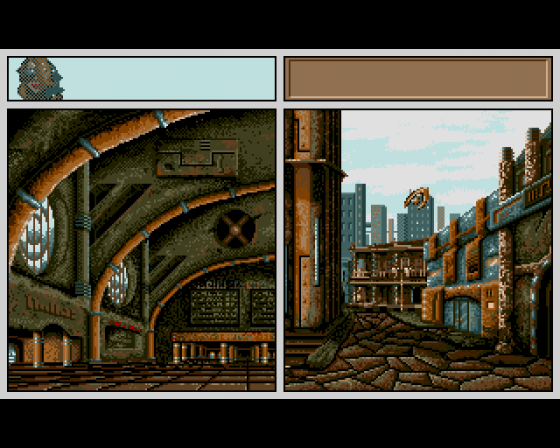 The sound effects, often an afterthought in many RPGs, add immensely to the game's atmosphere. Stand in the street and you can hear spaceships taking off and landing, wander over to the arcade and you hear suitable pinging and whizzing noises. Step inside and they get louder. It seems like a small point, but it really does make it easier to believe that you're wandering around a real city - play the game without the effects and you lose half the atmosphere.

The sub-games also add to the realistic effect. The simulators are used to travel from one place to another - you can go on autopilot if you want - and you can gamble on the arcade games to win badly-needed extra cash. With all these extras, the game world seems so much more complete. You find yourself living a virtual life in the form of your Bat II agent. After all, he has to eat, drink and sleep (he can even be merry if you want, but that's another story), which means you have to frequent the shops, bars and nightclubs, and find places to spend the nights.

As the game progresses you have to recruit new people to your cause. You can even send them on special assignments to help you along the way. But not everyone's friendly and you'll inevitably meet people who'd rather give you a good slap than give you the time of day. As with most sub-games in Bat II, you've got two choices on how to play the combat. 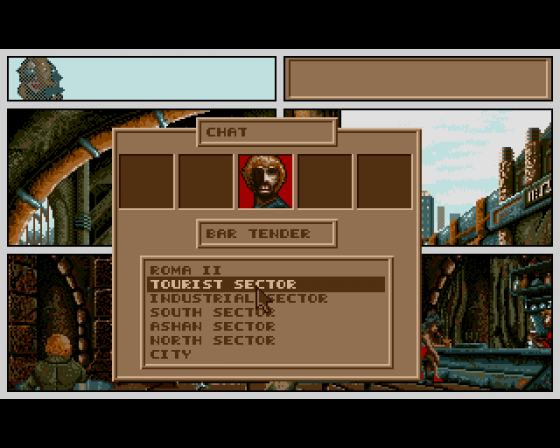 The strategy option shows a display of the combatants' characteristics and a text read-out gives you a progress report on the state of the battle. All you have to do is make sure your guy has the right armour and weapons. It's not thrilling by any stretch of the imagination, but it serves a purpose and gets you through the combat as quickly as possible.

Much more exciting is the action option, which gives you control of your agent's weapon and you have to blast away at the shadowy figures dashing across the screen - a sort of high-class Operation Wolf. More fun than strategy, and it also gives you a break from the serious business of adventuring.

But the adventure is ultimately what Bat II is all about. The sub-sections do provide distractors, but they're all integral parts of the plot and add immensely to the game's realism. If you like games in which you can make rapid progress in a short space of time, steer clear of Bat II. It certainly isn't a game to be taken lightly. You've got to take your time with it, become immersed in the futuristic world, absorb the game's atmosphere, and get to grips with the numerous game elements.

It's tough going at the start, but ultimately it's a very rewarding game to play. And anyway, a game that includes Philip K. Dick and Jimi Hendrix on its credits list can't be all bad.

Uppers: A large number of locations and a wide variety of game elements creates an involving atmosphere. The adventure's that much more entertaining because it's easy to believe in the game world, and lose yourself in its intricacies. Enthralling plot adds to the excitement.

Downers: A really tough adventure to get into, and it's not helped by the split-screen layout, which is very confusing at the start. Conversations can sometimes be frustratingly useless.

Bat II draws on so many different styles that it could have turned into a molten mess of incoherent gameplay. But the combat and simulator sections work well, and the exciting adventure is heavily backed up with RPG-style elements. It's an unusual hybrid, but it works, and there's plenty of excitement to be had.

Surprisingly exciting... Bat II draws on so many different styles that it could have turned into a molten mess of incoherent gameplay. But the combat and simulator sections work well, and the exciting adventure is heavily backed up with RPG-style elements. 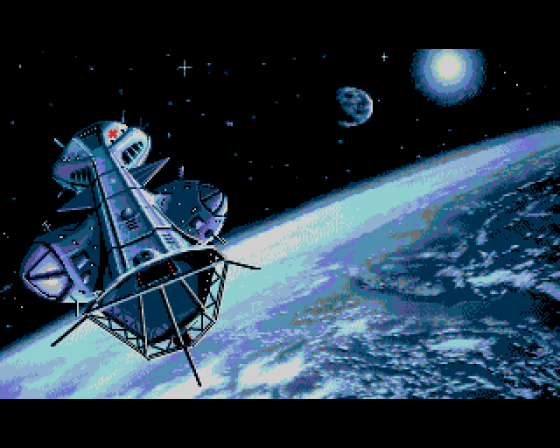 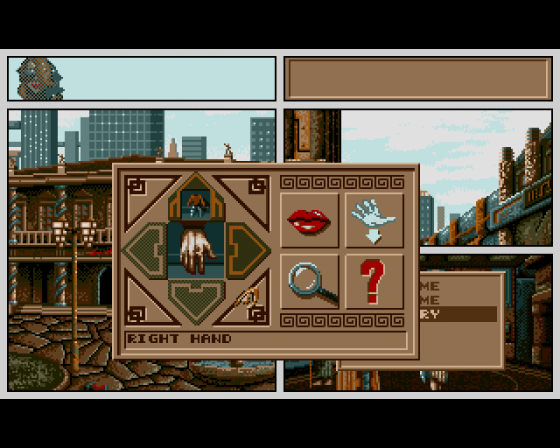