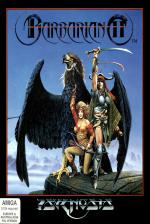 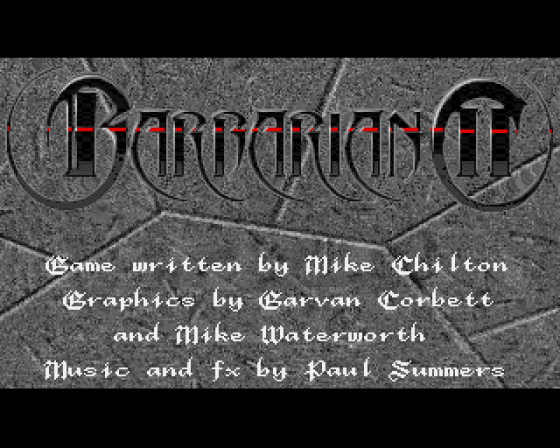 Before the gorgeous Shadow Of The Beast, Psygnosis gave us their very own Barbarian. Now he's back, but haven't games moved on since then?

Okay, so maybe it's not quite that simplistic. Maybe as well as hacking people up, you have to do quite a lot of trekking around mapping the huge game world, visiting shops, solving problems and, er, hacking people up some more. Maybe you get lots of really nifty parallax-scrolling graphics to look at in six different sub-worlds, maybe you have to find keys to open locked doors (Zzzz...) and maybe you can collect several different weapons which force you to use quite different attacking strategies. Well, alright, there's no 'maybe' about it - you do indeed get all these things in Barbarian II, but the fact of the matter is they're just the tiniest of cosmetic additions to some of the shallowest gameplay around. 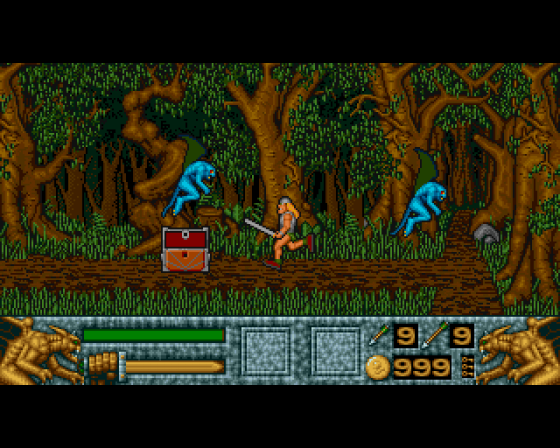 Hegor (for such is the eponymous barbarian's name) just runs - well, it's more of a mince, really - around the various levels attacking bad guys and innocent passers-by alike, collecting the gold left behind when they die, and spending it in the shops found in the later stages where better weapons, extra energy, information and so on can be bought. All of this stuff can be found lying around or stolen from other characters anyway, so what Barbarian II all boils down to is a hefty amount of baddy-slashing and map-making. Get yourself a really big pece of paper and set aside a day or two and you shouldn't have too many problems with it - my first game lasted almost an hour and saw 23 percent of Hegor's quest completed, and that without mapping, planning, or even trying very hard. It only ended when, deep in the forest beyond the village of Thelston (the village is the third of the six levels), I fell down an invisible pit with spikes at the bottom of it and died. Until that completely unfair and infuriating death (an entire hour's gameplay down the drain thanks to something which was invisible and unavoidable - even more so that the similar traps in Rick Dangerous et al - in a game with no save facility, level codes or whatever? Someone at Psygnosis has either a very nasty sense of humour or a shrewd understanding of how quickly people are going to finish this game), old Hegor was in no trouble of any kind, such is the extremely generous energy allowance you start off with and the minimal effect of attacks by the enemy characters. Even the shakiest of players will find making headway in Barbarian II presents them with very little difficulty. Of course, much of the above is applicable to many other games which have enjoyed considerable success in the past - the Shadow Of The Beast games are the obvious comparison, and fans of those will in all probability glean a fair amount of enjoyment from this. Even given that, though, there are a good few flaws in this game. The worst one is the map system. For a game which relies almost entirely on mapping, the layout is ludicrous - how can it possibly be that, standing at a T-junction with two paths running off in entirely opposite directions, taking either of then results in Hegor ending up in exactly the same place? It's not just occasionally either - it's repeated all the way through the game and it baffles me utterly.

Also, aren't we beyond games with a play area which only occupies half of the screen by now? And finally there's the collision detection. Now I can forgive the game for having two characters overlap without colliding when they're standing at different heights, but the number of times Hegor can swing his weapon right through the middle of an enemy without causing it any harm whatsoever when he's standing right beside him/it is absurd. It gives things a haphazard, half-finished feel which is the last thing we've come to expect from Psygnosis, and sadly it seems to be symptomatic of Barbarian II's all round total lack of heart.

This is a well put-together game, but it's one of the laziest pieces of design I've seen in ages - most Hi-Tec cartoon licences have more to them than this. Psygnosis have kept us waiting a long time for Barbarian II, but while they've been hanging about the rest of the software industry has moved on. This is big and quite pretty, but this sort of game design just won't do any more.

Uppers: It looks good, and there's a generous measure of senseless brutality and fantasy atmosphere.

Downers: Very repetitive and very shallow in the gameplay stakes - it's just run a bit, chop a bit, jump a bit all the way through. For a game relying so heavily on mapping, the map is senselessly illogical. And invisible bloody danger rears its disgustingly ugly head again too.

Shadow Of The Beast fans will love it (as might Heroes Of The Lance fans, at a pinch). It's pretty, there's lots of it, and it'll take you a while to get through to the end (well, it will feel like a long time, anyway), if only because of the lack of any kind of save facility. It bores the spleen off me though.

Shadow Of The Beast fans will love it (as might Heroes Of The Lance fans, at a pinch). It bores the spleen off me though. 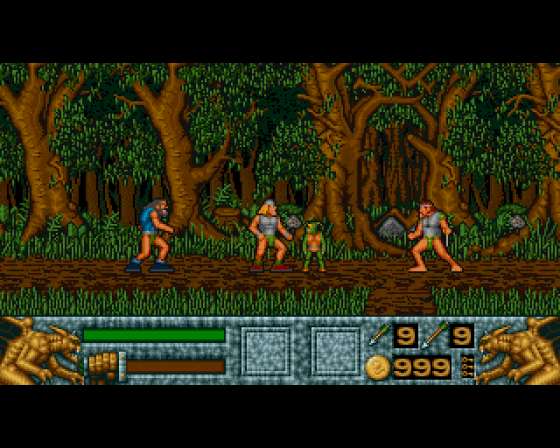 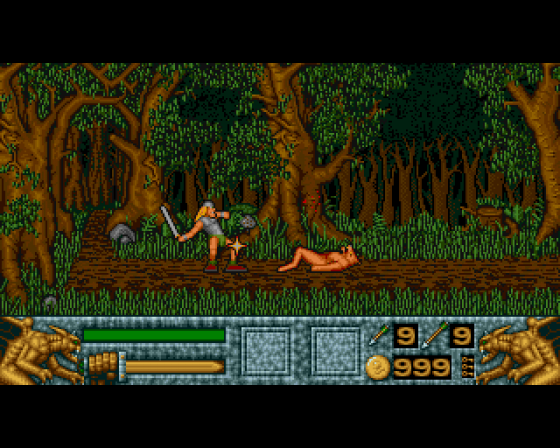 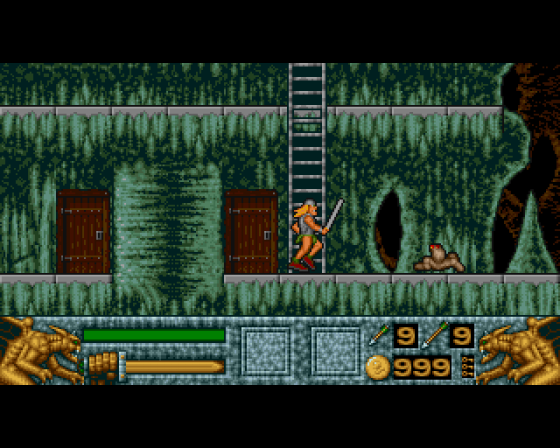 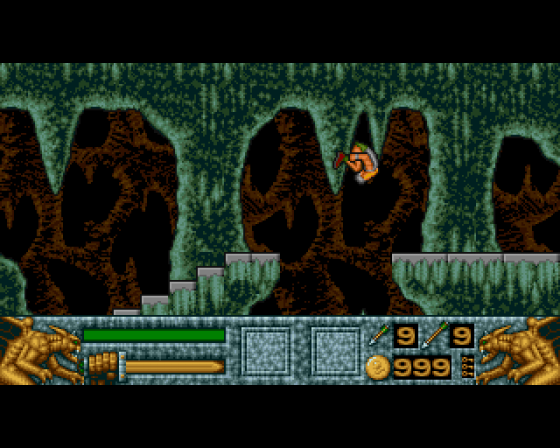