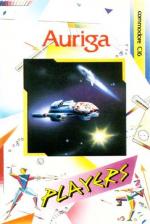 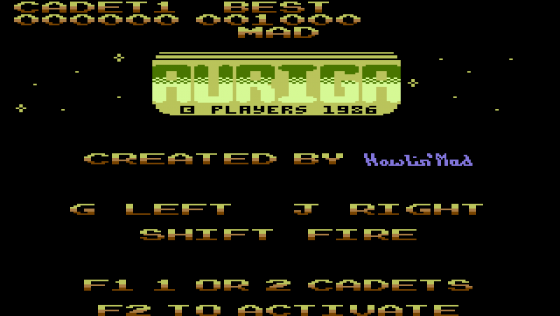 The author of Auriga, Keith Harvey (who likes to call himself Howlin' Mad) must be as sly as the ex-President Marcos of the Philippines. By this I mean that how could he coax Players into releasing a game that is based on such a dated theme as this.

Just by reading the blurb I felt ill, like seeing your friend sneeze - whilst eating porridge. Journey through Uncharted Systems and raise hell in all sixteen systems with a set of aliens per screen. 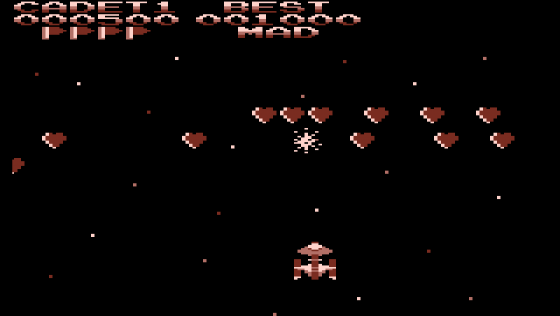 The aliens look quite good and have passable animation, even with two frames. They wander around the screen, waiting to be blasted into the middle of next year. It's possible to blast the lot of them by staying in one place because they all play follow the leader. Some of them look quite deadly, others downright harmless.

I didn't mind blasting boxes, skulls, etc. But when it came to shooting down Pac-men and cherries, I wondered where Keith had got such ideas from. Just imagine 'The Attack of the Deadly Cherries'...!

As for your spaceship, well it looks as if it could do a lot of damage and it's defined well, with plenty of colour. In fact, the whole game is brightly coloured, the title screen is pretty impressive, and there's a reasonable tune which bongs away relentlessly.

During play the aliens drop bombs; but there's no need to worry since they're lousy aimers. Anyway, if you catch one of these bombs or try to cuddle an alien your spaceship gets tossed all over the bottom of the screen.

Now this is where your trip to the petrol station pays off. Whilst topping up your craft, you've bought some Castrol GTX and they've also given you some DWF (it unsticks everything). It can only be used three times - after all, it's free, isn't it? When it's finished, be prepared to spend the rest of your space career stuck on the wall of your spaceship.

After playing Trizons last month, I wasn't very pleased to get lumbered with another shoot-'em-up. But at least Auriga requires you to aim at what you're shooting and it has bearable sound effects. The glimmering stars in the background are very effective, so's the way you enter each new system.

I was really into marmalising those aliens until I made it into the NSFS. They just sent me back into the system to do battle with more faster (who were incidentally the same) aliens, all over again (Humph!)

At a couple of quid I suppose it's all worthwhile, but it only took me two days until I got into the NSFS. Buy it if you want to relive those days of blasting in the chippy, while your fish went stone cold.

Other Commodore 16/Plus 4 Game Reviews By Fikret Cifici

Buy it if you want to relive those days of blasting in the chippy, while your fish went stone cold. At a couple of quid I suppose it's all worthwhile. 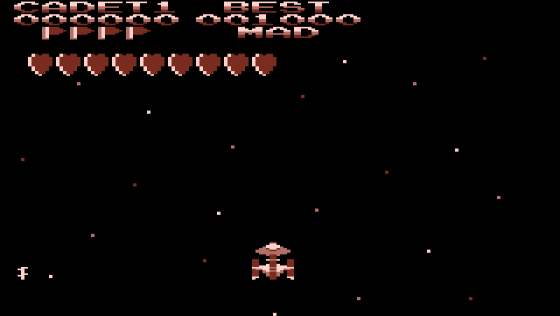 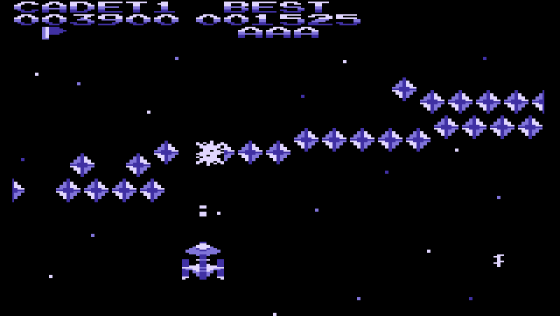