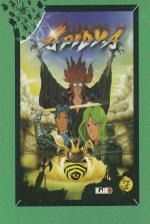 No, we'd never heard of it before either! But with this new blaster will come fame and, indeed, fortune for newbies Play Byte, we guarantee it. This is the best shoot-'em-up ever! 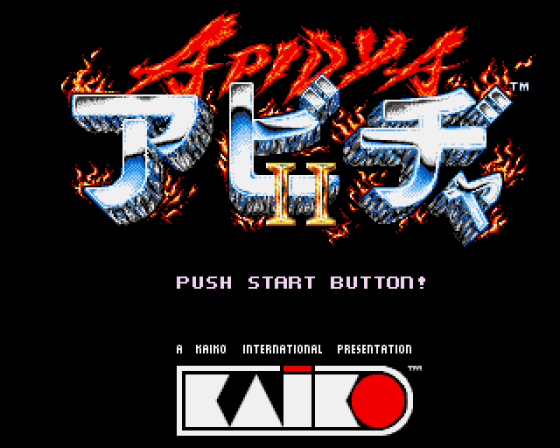 Creepy crawlies - I hate them. What would really make my day then, is for somebody to produce a game where you get to kill them. Lots of them. Something like - and this is just off the top of my head, you understand - a scrolling R-Type influenced shoot-'em-up, say, but with all that space age guff mutated into a daft insect-squashing scenario instead. Y'know, replace the alien waves with spiders, water boatmen and the like, perhaps give the player a wasp or something to control, and - hey! - how about putting a few insect-munching mammals in place of end-of-level motherships? Now that would be my sort of game!

Of course, you've probably had a good look at these pages by now and realised that this is exactly what we're talking about here. From out of nowhere (well, from out of a subdivision of Blue Byte in Germany actually, the developers of games like Battle Isle) comes the wonderfully titled Apidya (latin for insect, so I'm reliably informed) and whadyaknow, but it manages to rescue the tired-looking horizontally scrolling shoot-'em-up genre almost singlehandedly. Watch out insects, here I come!

I think most people would agree that the R-Type-style horizontal blaster has been a bit of a dead duck as far as full price releases are concerned in recent years. With a couple of honourable exceptions - SWIV and maybe R-Type II (though that's not a favourite of mine) - they've been small scale, uninspired and just plain weak. It's not that I don't enjoy blasters - Defender is still one of my favourite games, for instance - but without originality, a shoot-'em-up is nothing. That's why we were sceptical when Apidya came into the office - but level after level has proved us wrong. It may at first appear largely cosmetic, but this game is a real breath of fresh air. 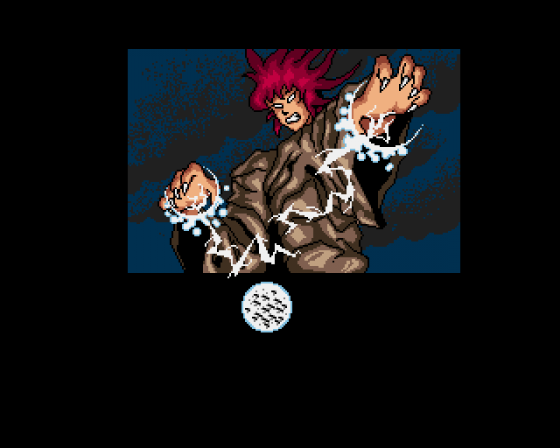 So how does it work? Well, against a complicated backdrop that scrolls constantly from right to left (with parallax used sparingly on some levels) the player's wasp character appears a small, fast moving and suitably 'buzzy' character.

The wasp begins the game with a lowly forward-firing sting, but it's soon possible to amass a small army of drone wasps, assorted diagonally-firing missile-things, and a selection of other goodies. Losing a life doesn't get rid of all the power-ups you've collected either - a nice touch, especially considering the toughness of the enemies thrown against you. Luckily there's always the super-sting missile for use in times of extreme trouble - just hold the fire button down for about a second, R-Type style, and away it goes.

The game also includes a two-player mode of sorts, giving the second player the chance to control one of the near-indestructible drone wasps. It's a weird but neat compromise, which works surprisingly well. 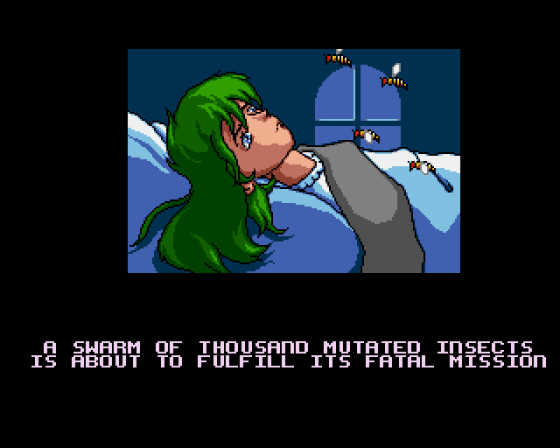 The baddies are quite simply excellent. Looking like nothing you've ever seen before in a computer game, and with superbly-crafted attack patterns, it's almost a shame to blast some of them (particularly the cuddle mole in the garden world - it's soooo cute). And just when you think that one world is getting a bit samey, it's onto the next one - new landscape layouts to learn and baddies to face. The use of above-and-below water scenery and insects in the pond world is inspired, for instance (though I'm not quite sure how the player's wasp manages to fly underwater). Each world, in fact, requires a new approach - it's the constantly shifting scenarios and subtle changes in game style which keep Apidya fresh - something which usually defeats even the best computer and arcade shoot-'em-ups.

And the praise goes on, I'm afraid. Even the pre-game screen is a tale of user-friendly slickness - very MegaDrive-like, so Stuart tells me. And jolly comprehensive it is too. There are options for singly and simultaneous or alternating two-player games, plus all kinds of power-up, control and extra life setups. The configuration defined, it can then be saved - user-friendly, or what?

Okay, so you reckon maybe the scenario is a bit single-minded? That once you've got over the Honey I Shrunk The Kids-style scale of it all, things'll get as samey as they do with other shoot-'em-ups? Well, fear not, 'cos each level requires a playing style and strategy of its own. And later on things really do get weird. From the garden, to the pond, to the sewer, things start to get techno in more ways than one. 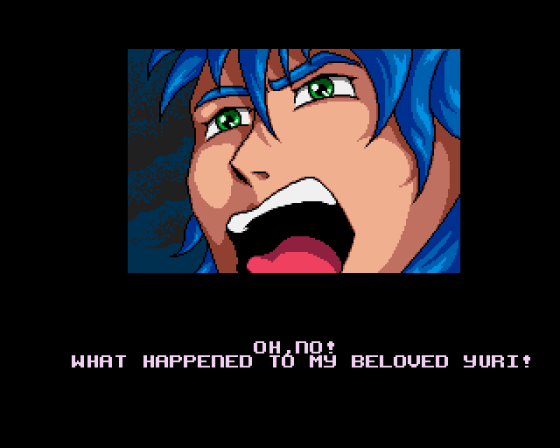 The player's little wasp character gets transformed into a bio-insect, for instance, and the monsters and backgrounds go accordingly metallic, too. World four is just awesome - with cogs and pistols grinding away in the background - real Metropolis stuff.

And then there's the music. How could I forget that? The entire soundtrack is context-sensitive - every major situation in the game has its own theme - and, as touched on before, it too can all be heard from the pre-game screen.

And not only do the graphics go techno on world four, so does the music! A pulsating, danceable techno/hardcore/rave soundtrack thumps away in the background. It's a startling change from the near-lullaby tunes of the earlier levels - and were it to be released as a dance track, I wouldn't be surprised to hear it in the charts. This is, quite simply, the best Amiga game music in years. 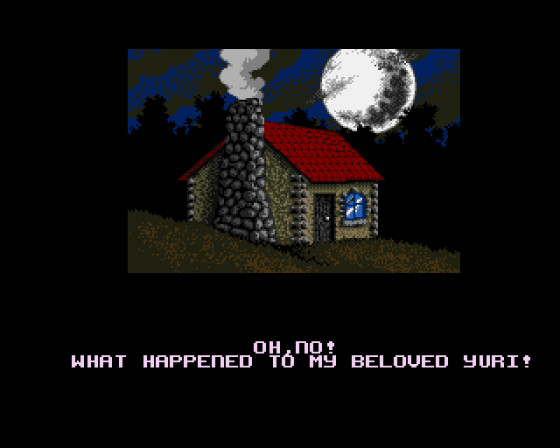 Complaints? Get out of the pond! I guess it can get sick at times - the dead rat as an end-of-level baddie in the sewer level (maggots sprout from its corpse once the flesh has disintegrated) is particularly gruesome, and might not go down well with too many old fogies. Personally though, I find this gross-out stuff pretty funny (but then I'm a sick kind of guy).

Nope. I'm sorry, I haven't got any complains. I'm simply not going to pick faults with Apidya. It does what it sets out to do supremely well, and with more flair, more originality, and more out-and-out playability than any other shoot-'em-up on the market.

The only thing I do hate is the fact that I can't complete the bloody things. Curses, I would have got away with it, if it wasn't for you pesky insects...

Uppers: An utterly brilliant shoot-'em-up - the enemy attack patterns, scenery, control and power-ups are all imaginatively and professionally executed. The graphics are something else, and give Apidya a real identity too.

There's no blaming the game when a life is lost either - collision detection is spot on. This game relies entirely on skill. Oh yes, and the soundtrack is rave music a-go-go too. Who needs a MegaDrive?

Downers: Sometimes the graphics tend towards the small side - particularly on the early levels. That, coupled with the busy backgrounds, can sometimes make things a little confusing. Perhaps just a couple more restart points per level would have been nice too.

Gross out-sickness in a big shoot-'em-up way. A wonderfully satisfying blast - the best in years! Forget the rest of the new wave of shoot-'em-ups (and yes, that includes Project X and Agony). The shoot-'em-up renaissance starts here!

A wonderfully satisfying blast... The enemy attack patterns, scenery, control and power-ups are all imaginatively and professionally executed and the graphics are something else... The best in years! 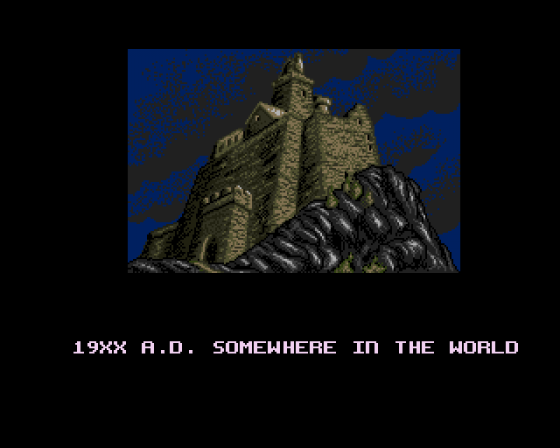 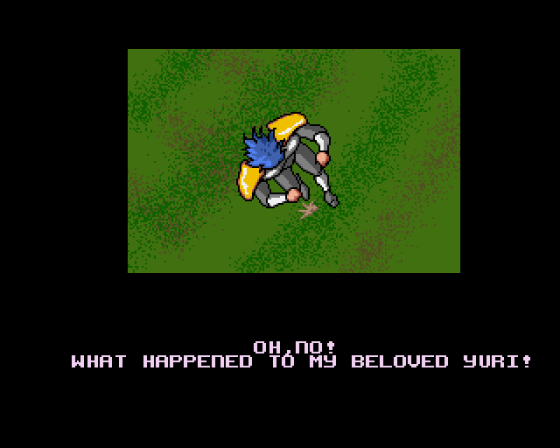 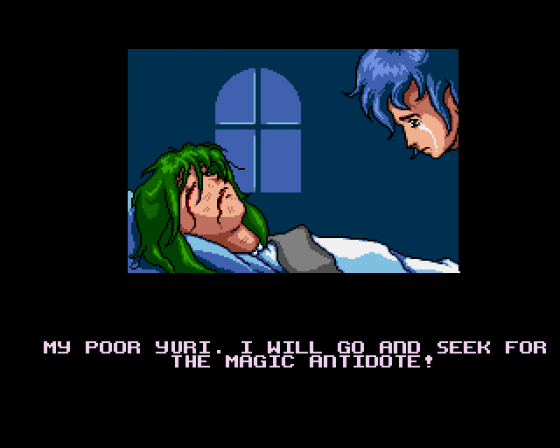 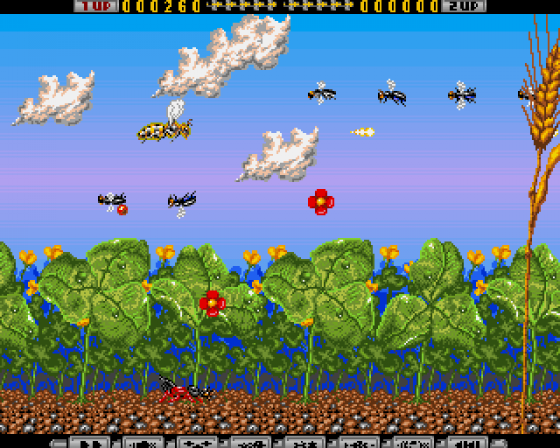 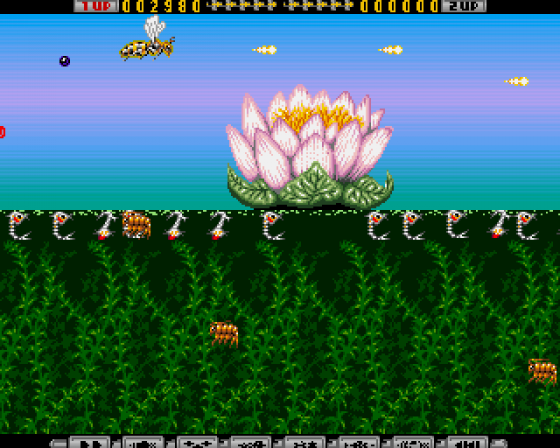