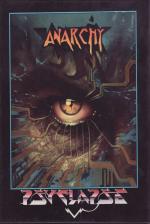 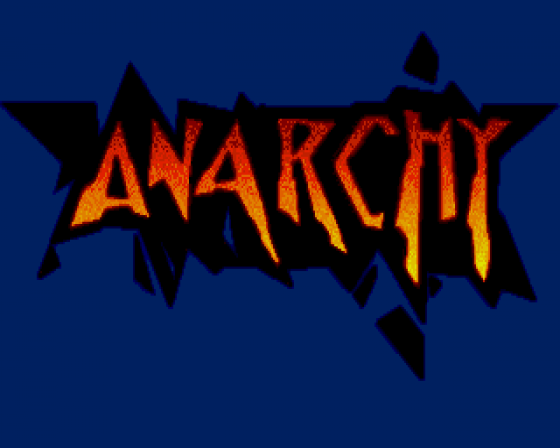 Last year Wayne Smithson astounded ST games players and programmers alike by succeeding in the impossible: an ST conversion of Amiga Blood Money. The resulting game was phenomenal, and is still held up as masterpiece of programming excellence and gameplaying grandeur.

Wayne's latest release Anarchy was started before Blood Money, but shelved during the conversion work and was only picked up again six months ago.

Picture full-screen four-plane horizontal parallax scrolling, 48 colours on screen and countless tiny enemy craft attacking as though their world depended on it. While it's easy to get carried away by Anarchy's technical brilliance, it's the gameplay you're here for. Rest assured, it's hugely playable. 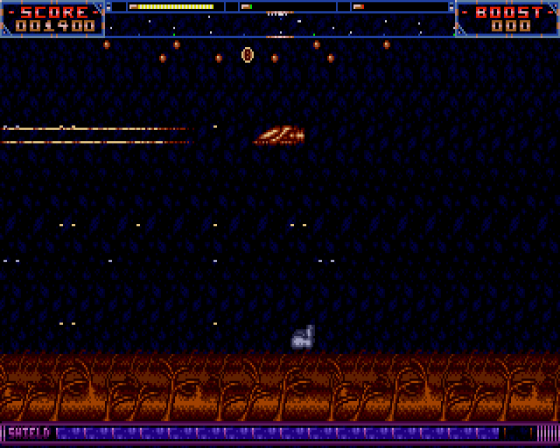 The game is all about speed. You won't have seen anything move as fast on your ST screen before; Jeff Minter's Andes Attack is about the closest you'll get, but even that is several parsecs behind.

Anarchy wins zero points for originality - it is, after all, a finely tuned 1990s version of Defendor. The idea is to blast just about everything that moves while protecting canisters at the bottom of the screen. Aliens appear in waves so there are periods of relative calm followed by stretches of unbelievable anarchic action guaranteed to numb your trigger finger.

Various types of aliens exist and each has its own flight pattern and characteristics. Some aliens when shot release a token that slowly drifts towards the bottom of the screen. Picking up a token provides you with either rapid fire, an outrider, double lasers, a smart bomb, Nackem power, six side shots, energy top up or force field. 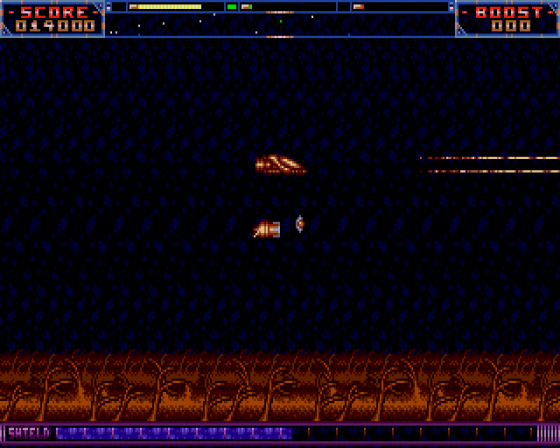 The whole objective of the game is to protect the canisters, so it's imperative you stop the nasty aliens called Stealers from flying off with your goods. If a Stealer manages to get to the top of the screen, you'll soon know about it because he turns into a mutant and buzzes around you until either you've destroyed him or he's destroyed you.

You've got ten canisters to protect from Stealers. Unfortunately you can't mow everything in sight because your bullets destroy the canisters too. However, by covering canisters with force fields collected from tokens, it's possible to prevent the Stealers from lifting off with the goods.

A canister falls to the ground if you shoot the Stealer carrying it. If the Stealer is only just airborne, the canister lands safely. But if the distance is too great, the canister ruptures and explodes. You can pick up falling canisters and deposit them on the ground for a bonus.

There are eight progressively tougher levels to complete. Every alien must be destroyed before you can move onto the next stage. If all ten canisters are destroyed during a round you're transported to hyperspace where you have to deal with swarms of incredibly unpleasant mutants.

The speed at which everything moves means you have little time to appreciate what's happening in the background. It's precisely for this reason that the background graphics (all four levels of them) are drab. Having beautifully detailed and colourful graphics in the background would make the game impossible to play.

Your craft and the aliens are both small - perhaps a bit too small - but perfectly formed, coloured and animated. On occasions there is so much happening on the screen that it looks like bonfire night all over again. It's this that gives the feeling of bloody battle and makes the adrenalin flow.

Whether you liked or loathed Defendor, you'll love Anarchy. It's the perfect way to lose yourself for several hours as you waste the galaxy several times over.

The speed at which the screen scrolls is frightening and the number of aliens, bullets and other miscellaneous objects that are animated simultaneously is absolutely remarkable. Anarchy is the best version of Defender ever.

The best version of Defender ever. 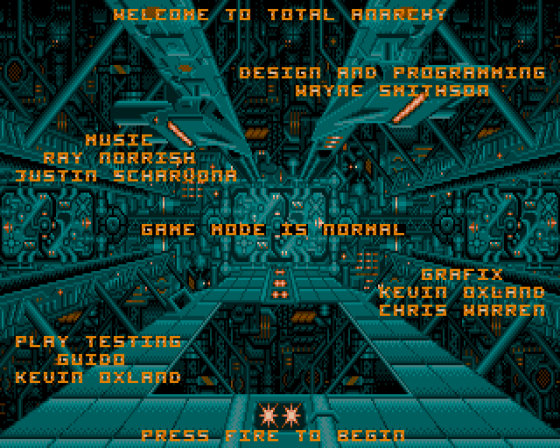 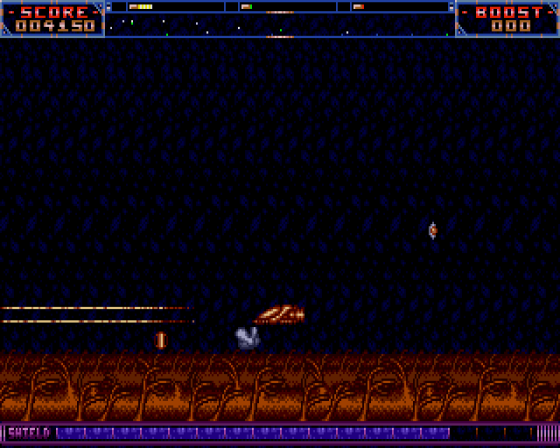 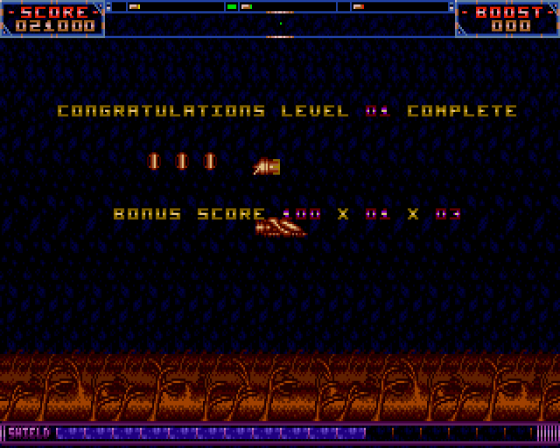 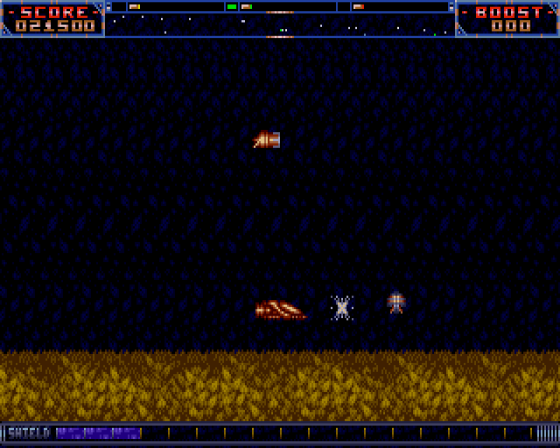 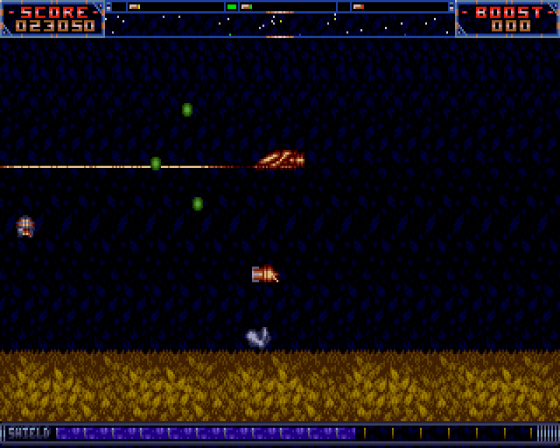 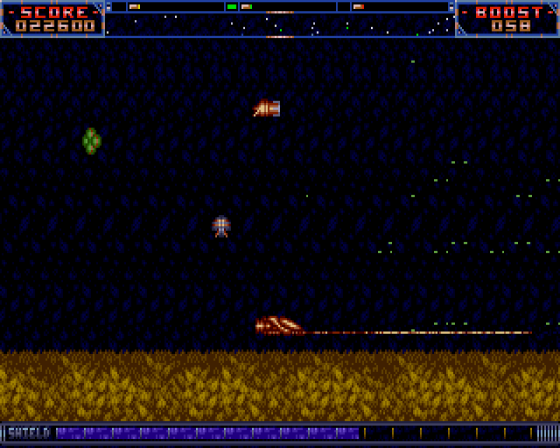 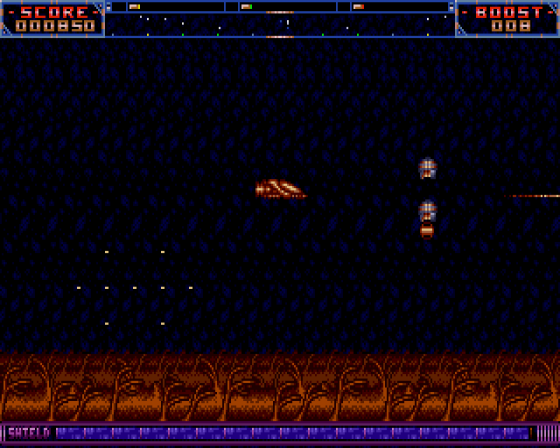