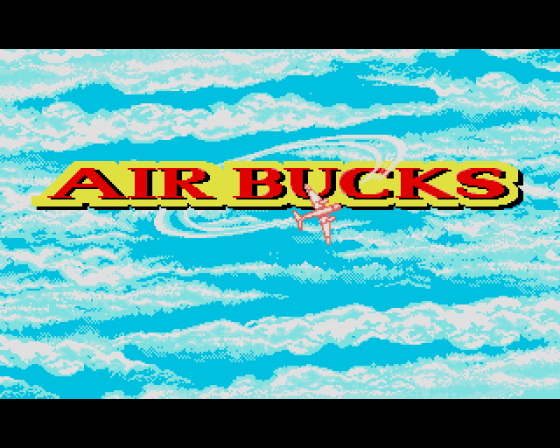 So you want to run an airline? Then why not check out Air Bucks?

I've seen the lot in my time. I've seen flight simulations of everything from a Harrier to a 747 to a MiG29. I've even tried my hand at air traffic-controlling. But one thing I've never done is to step into the air-wear shoes of Freddie Laker or Richard Branson and actually run my own airline.

Air Bucks offers all that and more, with the player competing against three friends (or cimputer friends if real ones are in short supply) for supremacy of the sky in the commercial world (much messier than in wartime). Okay< so the premise of the game is promising enough (in an overtly strategical kind of way), but Impressions come close to blowing it right from the start with one of the nastiest menu systems I've used in quite some time. Menus pop up (eventually) but there they stay until the mouse button is pressed again. This, combined with the fact that there are sub-screens inside sub-menus (some of which are identical to the main screen except for the menu line - confusing, huh?) and that unless the player isn't currently residing in any of these menus (sub-menus, sub-sub-menus, etc) then time does not pass in the game world. Ahhhh!

But wait, perseverance is the key. Wade through the ineffectual presentation (come on guys - I know it's a strategy map-based game but the animation and the music suck, and the disk swapping is pretty inappropriate too) and there's actually a game in there. After a while, I was quite surprised to find myself warming to shares, passenger seating arrangements, and site acquisitions. 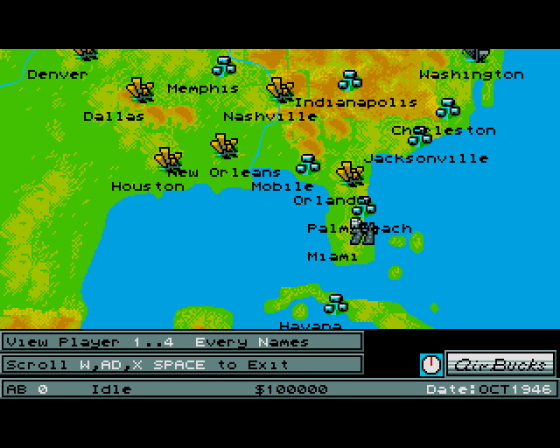 Make no mistake, Air Bucks isn't going to appeal to all gamesplayers, but it stands a chance of appealing to more than the usual propeller-head crowd, largely because of the Monopoly-in-the-air nature of the game, and because of the multi-player option. Hell, even against the computer it's pretty entertaining. For a while at least... Because one major snag is that once a global airline empire has been established, it's often just a matter of letting the pilots do their thing.

Sure, even Sim City had its quiet moments, but even that was better to look at than this. Which is a shame, because Air Bucks isn't half bad. If only its presentation cried out, "I'm Air Bucks - fly me!" instead of "Unsafe aircraft!"

Dodgily programmed, but with honourable intentions, Air Bucks infuriates me. It's a neat little game, but a fight to persevere with the menu system is the main challenge.

It's a neat little game, but a fight to persevere with the menu system is the main challenge. 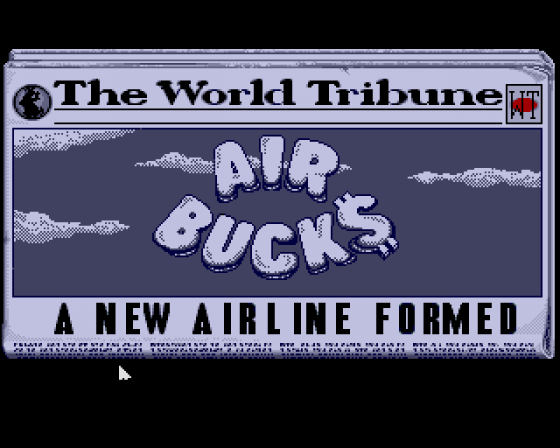 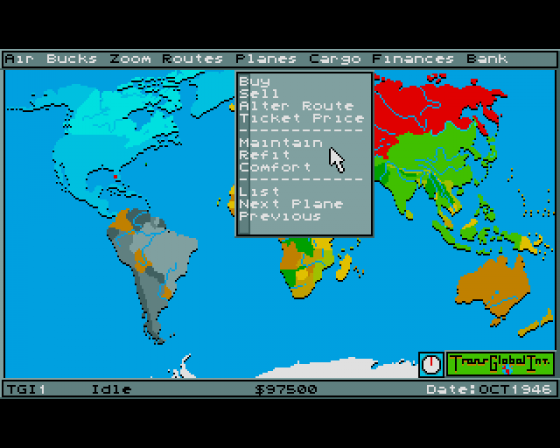 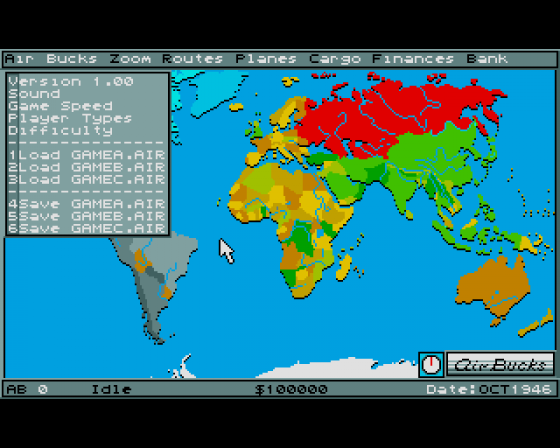 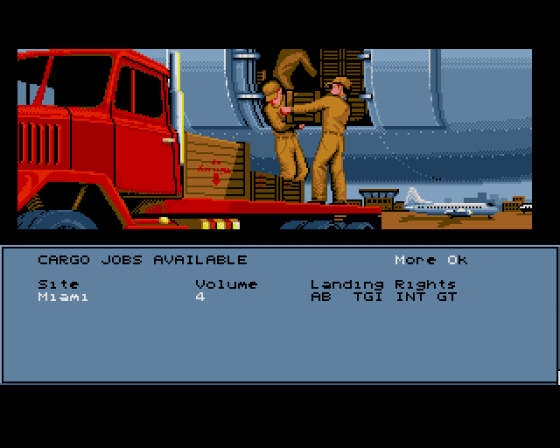 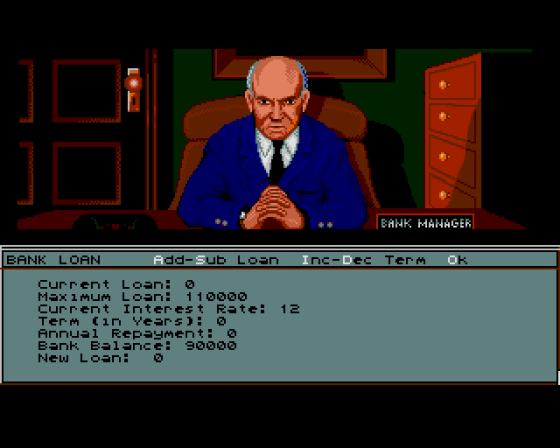