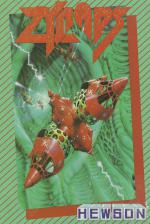 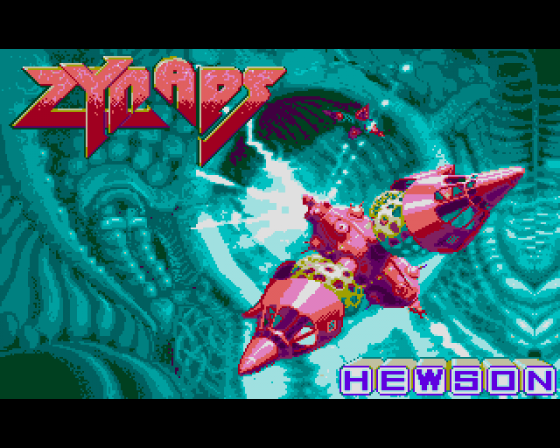 You've had a baaaaaad day. Mind you, when you joined the Ruphspace troopers you weren't led to expect the easy missions. Lots of money and adoring women - yes, but not the easy missions. Blowing up that alien space station aws about the non-easiest mission so far and if the rest of your squad weren't sizzling heaps of charred meat they would no doubt agree.

Remembering all your training in "Making the Best of a Bad Job" (GCSE) you decide that, what the hell, your whole platoon couldn't blow up the space station, but you're riled enough to single-handedly blow up the central base you noticed on that nearby planet earlier on.

First, though, you've got to fly your Scorpion fighter (well, actually you've stolen it) past the station defences, out through an asteroid field and towards the enemy stronghold, putting the torch to gun emplacements and enemy spacecraft as you go. 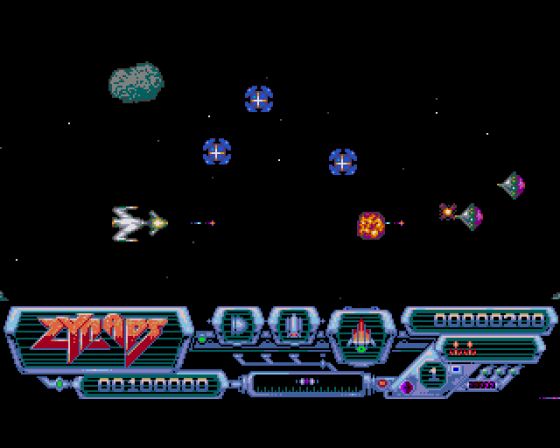 It's only once you're out amongst the enemy that you find out the ship you've stolen isn't well equipped for the incessant onslaught to come. It's just soooo sloooowww and the laser only fires two shots at a time! Shoot a whole formation of aliens, though, and you can pick up a fuel pod which can be turned into a handy piece of destructive hardware.

Just like the Esso Tiger Tokens, the more your collect, the better the item you get. An indicator graphic shows what you can add on to the Scorpion by collecting one more fuel pod and activating the fuel scoop. Faster pulse lasers, extra thrustrs, plasma bombs for destroying ground targets, manually-targetted homing missiles and intelligent seeker rockets - all can be yours with no financial loss to yourself. What started off a bad day is about to get better...

I like shoot-'em-ups, and Zynaps is a good one. The graphics are cleanly defined and nicely coloured, if a little sparsely animated and the sound is very 'outer-spacey' (if, indeed, there is such a thing) [There is, Maff, there is - Ed] and suits the action well. 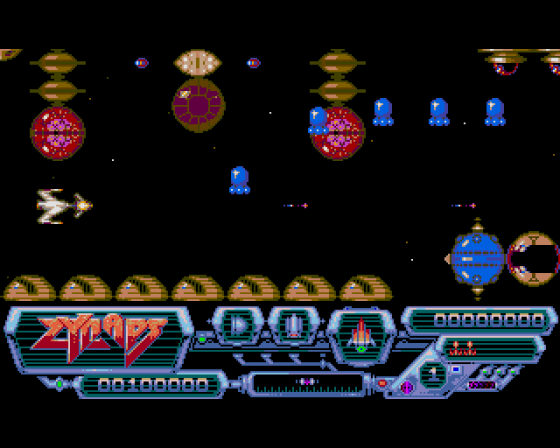 There are a couple of quirks that I feel do need pointing out though. For one, the ship seems to jerk sideways after the joystick is released, often just enough to crash you into as asteroid or piece of scenery, and the add-on weapons run out a little too quickly for my liking.

Despite my quibbling, I still enjoy playing Zynaps. As I said, it's a good shoot-'em-up and good shoot-'em-ups are always worthy of attention, aren't they? So go to your nearest software daler and see if it's your cup of Horlicks.

It's games like this that make you realise just how easy it is to win a fist-fight with a starving grizzly bear. It has to be said, though, that Zynaps isn't as difficult or as frustrating to play on the Amiga as it was on the C64, simply because it doesn't send you back to the start of the level every time you lose a life - if I had a penny for every blood vessel I burst playing that game I'd have enough to wedge the leg of my desk up straight. 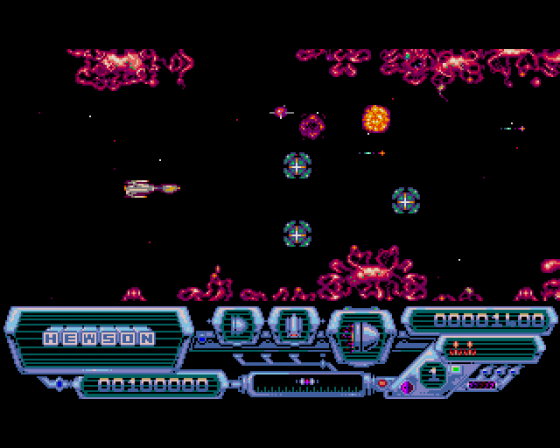 The high standard of graphics and sound you'd expect from Hewson are here but it's noticeable that there isn't a lot of variety in graphics during a level, and the motherships waiting at the end of the levels loo definitely weedy compared to those in other games of this type. The blasting gameplay is better than most, though, and the constant onslaught of alien craft doesn't allow your fire button a moment's rest. Blasting fans should love it.

Presentation 50%
One of two player options, but not a lot else, alas.

Hookability 74%
Quite hard to get into. Really.

A jolly bag of shoot-'em-up larks. 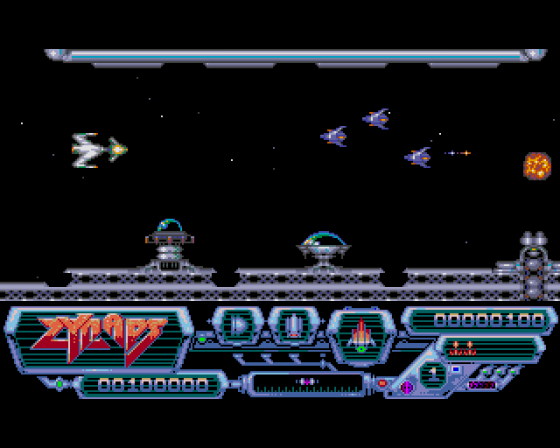 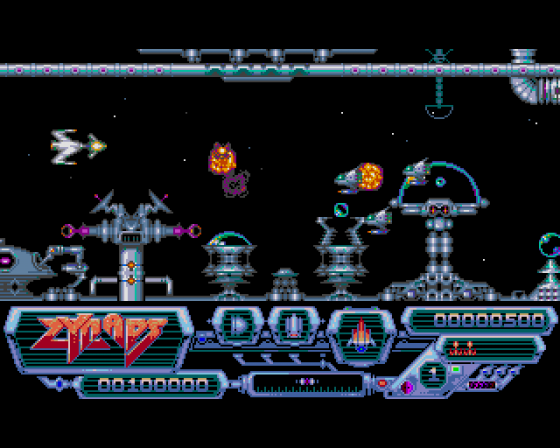