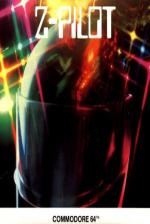 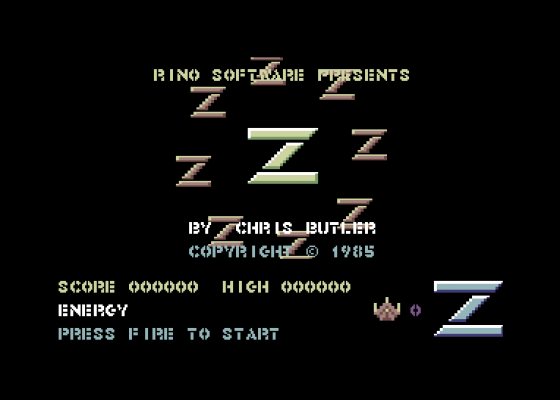 There's always room for another good shoot-'em-up and Z - pronounced Zee - is just that.

The idea of the game is pretty simple. Blast all the aliens, capture energy bombs, zap force barriers surrounding the Transporter Units until you've got a big enough hole to guide your ship through and warp to the next sector where it all begins again.

The game takes place on a planet with a computer-controlled defence system. The system has malfunctioned and now the computer can't tell the difference between friend or foe - so it attacks everyone! 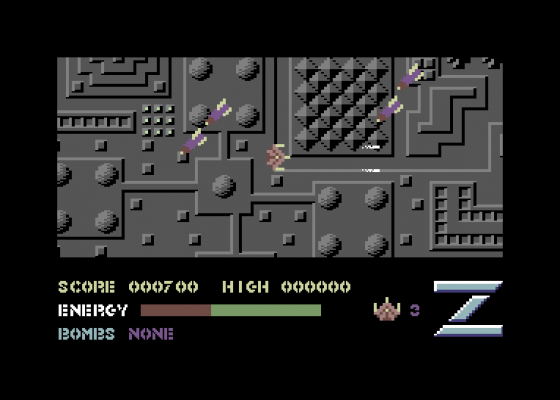 Only a starfighter as experienced as Z - that's you - can destroy the system before things really get out of control.

The game features multi-directional wrap around scrolling screens with some stylish arcade game style backgrounds. Some sectors have a lunar backdrop, others a Paradroid-style cityscape. Defence ships come in many different forms and are all extremely deadly.

Some craft, like the Big Mothers you'll find on level three, need to be hit several times before they disintegrate. The Control Ship at the end of each game has to be blasted by energy bombs - five in all - before it can be destroyed.

The energy bombs are carried by special craft which you have to blast to release the bomb capsule. Chase the capsule to pick up the bomb.

The ship features inertial control - which means you have to be nifty to fly it and win. It has twin laser cannon which make blasting a bit easier and a central bomb chute to launch those energy bombs.

Z comes from Chris Butler, the programmer who brought you Hypercircuit which became something of a cult game among C64 owners. Z should do just the same. It's fast, furious and lots of fun. 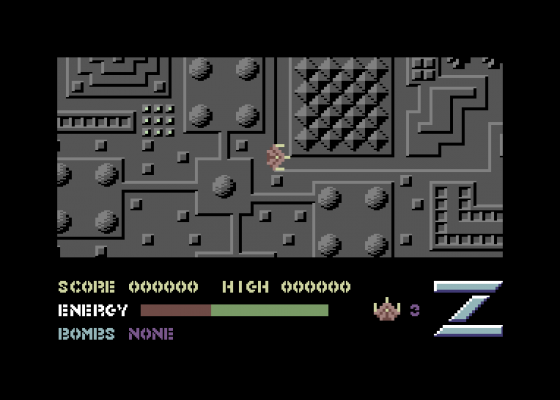 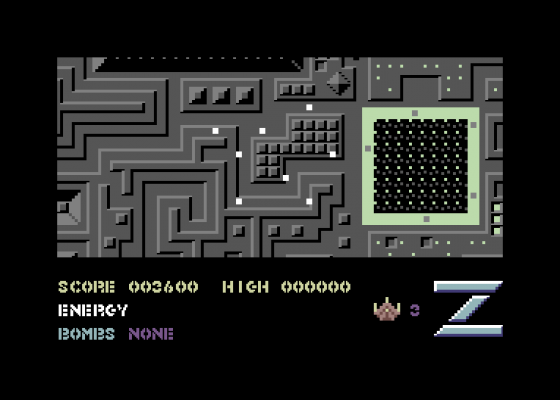 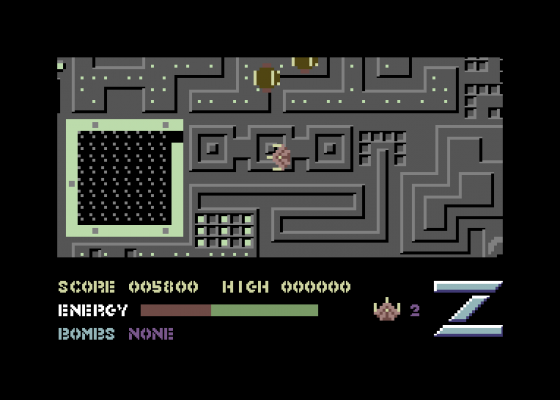 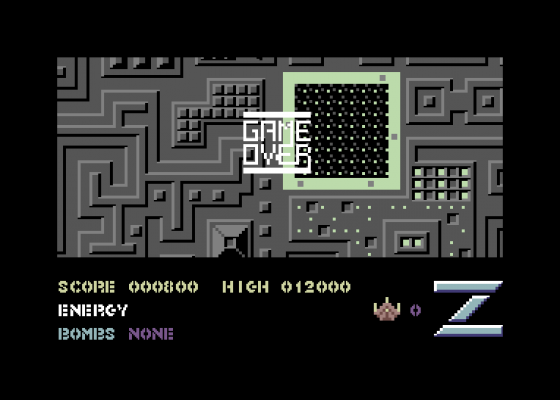