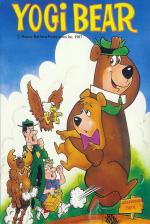 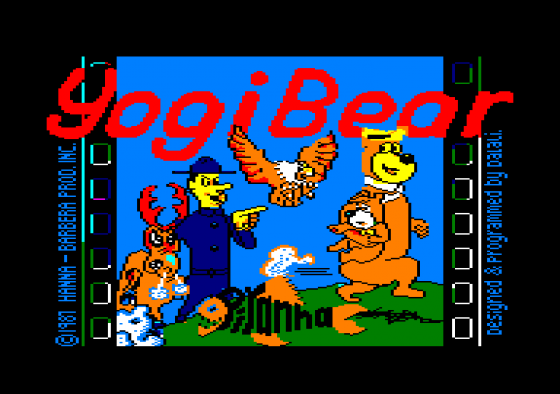 Become a smarter than average bear and seek out your ever faithful companion Boo Boo. A bloodthirsty hunter has bearnapped him and imprisoned him somewhere in Jellystone Park. You have until December to rescue Boo Boo, because then it's time to hibernate. The date is displayed at the bottom of the screen.

Jellystone Park is made up of over 200 screens of the flick screen variety. There are many hazards to avoid en route to your destination: insects, frogs, campers, electric fences, snakes, hunters and supposedly Ranger Smith. Contact with any of these drains your limited energy supply; when this runs out one of your five lives is over. Holes and rivers also block your path; landing in them makes another life disappear. There are also pick-a-nick baskets to restore your energy and toffee apples that you must collect.

A sign post on the screen tells you how far away from Boo Boo you are. Caves can be found on certain screens and entering these takes you rapidly forwards or backwards. When you finally reach the screen with Boo Boo imprisoned, you will see a hunter's cabin and some stepping stones leading to it. If you jump on them in the wrong order then the bear alarm will go off and all hell will break loose. The clues that appear on the toffee apples are needed here, because they tell you the order in which you should step on the stones.

Yogi is well animated and the colour is generally well used. The scenery has little variation and some of the hostile creatures are difficult to identify. A jolly title tune plays before the start of the game, but there are only poor sound effects during play.

Moving about Jellystone Park is easy and you initially think that the game is too easy. The difficult part is collecting all the clue apples, which are usually very inconveniently placed. Probably a game for younger folk.

He's cute and cuddly and, if you're looking for something mentally undemanding, okay for passing a few hours. What drives me crazy is features like the geysers - which you can do nothing about except hope you miss them! This sort of feature proves enormously frustrating.

Graphics 67%
P. Colourful characters.
N. More variation in the scenery would have been nice.

Sonics 49%
P. Happy title tune.
N. If only the effects had been as good!

Grab Factor 69%
P. After a few plays you'll feel like you know what you're doing.
N. Hazards like geysers are unavoidable.

Staying Power 61%
P. It'll take a long time before Boo Boo and Yogi are re-united.
N. Frustration over badly timed jumps and hazards will deter you from playing.

Overall 66%
N. Not one of the better licences.

Not one of the better licences. Frustration over badly timed jumps and hazards will deter you from playing. 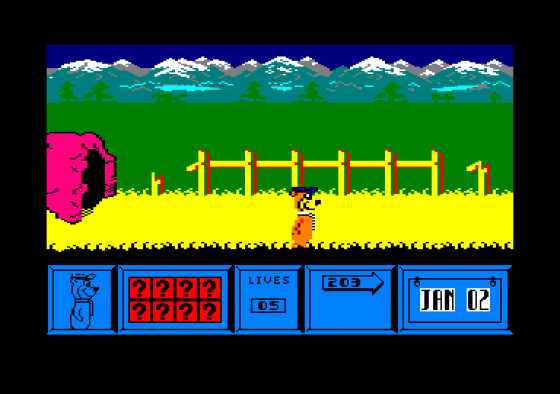