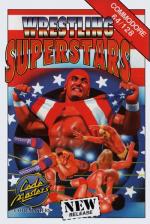 Who can deny the positive cultural effects Sky TV has on our green and pleasant land? Such delights as Danish 3rd division soccer, The Simpsons and of course that wonderful (and totally unchoreographed, honest!) dancing spectacle known as WWF Wrestling! Miles "Oil Moida Da Bum" Guttery grips his grapple and takes on all-comers...

I remember Big Daddy and Kendo Nagasaki. The goody and the baddy - you knew where you stood with those guys. Suddenly. though, wrestling's acquired something it lacked in days gone by - heaps of hype, inspiring a legion of T-shirts, videos, slippers, bog rolls, you name it! The stars of the 'sport' even recorded their own single (number 4 in the charts at the time of writing!). The big question I can't help asking is if these huge muscle-laden prannies are so damned tough, how come they go down without even hitting each other? Watching too many Frank Bruno fights I suppose...

After Ocean's excellent, officially-licensed release, the Codies have jumped on the bandwagon with their own computerised representation of the sport. For maximum realism, the game comes complete with a jar of false sweat to rub all over your body, a vast amount of jewellery to ponce around in during pre-bout interviews and a generous helping of Patel's 15-megaton nuclear curry to give your voice that rasping macho tone.

Actually that's a lie, but the game does attempt to incorporate most other essential elements of this great American institution. There's the incredibly condescending and excitable commentator (who bears an uncanny resemblance to Ronnie Corbett), a range of mouthy and unpleasant opponents and the obligatory slanging match prior to the fisticuffs.

On to the fight. The player has a number of moves available to him. A punch (very weedy), a kick (slightly better) and if you run very fast against the ropes you can bounce off and give the other guy a right thraping in the head (well smart). You can even climb onto one of the posts at the corners of the ring and jump on him! Occasionally you get into a grapple, and then it's waggling time.

Shake the joystick left and right like mad in order to lift your opponent above your head, then press fire to chuck him to the ground. When he's down, jump on him and try to stop him getting back up. When he pins you. waggle again to throw him off.

Each wrestler has an energy bar, depleted when hits are sustained - the lower it gets, the less chance you have of breaking a pin.

Fight games are almost invariably better when played against a human opponent, so it's curious that the programmers have neglected to include a two-player option. It's true that the number of moves is limited, but I personally didn't find this offering quite as dire as the others did. OK, so you feel like your arm's going to fall off after the second bout (the waggling is strenuous to say the least), and the lack of head-to-head action's a bit of a slam in the solar plexus. Even so, if you're looking for a wrestling game and can't afford WWF then Wrestling Superstars is alright for a bash now and again!

Gone are the days of TV wrestling on Saturday afternoons. The cumbersome Giant Haystacks using his perfected buttock-press on the equally large Big Daddy, and the placid commentary of Mick McManus - 'Oh, what a beautiful half Nelson'. I never knew what a full Nelson was, let alone a half one!

Grappling these days is a much hyped affair, owing more to glam rock and mime artists than anything else. It's painfully obvious that Wrestling Superstars is trying to cash in on the vastly popular 'sport' from America, but competing against WWF will prove a hard fight, especially when so few moves are included. What really kicks it in the turnbuckles is the amount of joystick waggling required. All in all, it's a shot of steroids in a deflated pectoral.

Graphics 72%
Sprites are chubby but smooth

It has amusing touches and distinctive opponents plus the responsive controls make it easy to play.