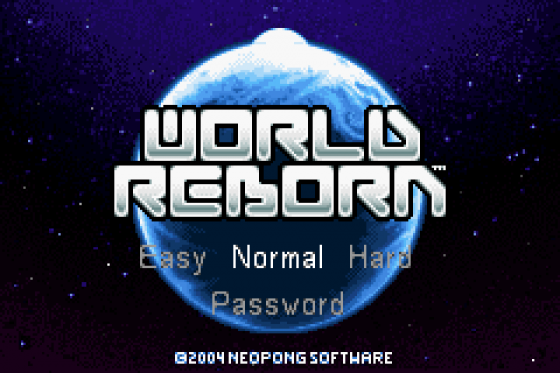 Another unreleased commercial GBA game is generously donated to the gaming community! A hybrid of high octane horizontal-shooter and RPG, World Reborn has risen from obscurity to the top ten of most GBA homebrew lists overnight.

In the not so distant future, mankind has been reduced to barbarism and most of society has collapsed whilst the world is turned into a free for all battle. In order to restore order, the powers that be create the Judge4101, a powerful judicial computer that essentially takes control and drags everybody back on track, kicking and screaming as they go. All goes well for a year until without warning the Judge4101 stops talking... and that isn't such a bad thing because, when it starts again, it declares mankind to be in contempt of court and promptly dispatches an army of "biotech" weapons in order to carry out the sentence! Enter our heroes to be, Perrin and Thiel are both children of the Judge4101's regime but brave and, when tooled up with the mobile base they discover near their village and the battle craft within, something for it's honour to worry about.

Perrin and Thiel quickly settle into their respective roles as technician and pilot and, along with Richter (who seems to be the voice of the mobile base's computer) their first course of action is to wade into battle against the biotech forces attacking their village. As the story progresses it begins to offer options as to which routes to take and our heroes are joined by others depending on which of these forks the player follows; there are several potential crewmates, Mei is a girl from a tribe who was being held prisoner and subsequently rescued by Thiel, Freya a shy lass who may end up as a love interest and Fuma (known as Maverick to his friends) who is a bit gobby and insists on blowing bubbles with his gum. Because of the forking in the story, it seems that a maximum of two of these characters will be encountered during any one game.

There are also four ships as well; the Falcon is the default and more than reasonable in most situations, it's standard cannon is okay to begin with and can be charged, plus it has a mega weapon that lobs a fireball across the screen; for most of the game, the Falcon is the ship of choice and to be honest I used it for almost the entire game. After that, the Shark is a faster-moving craft of best use in underwater scenarios or places where it's shield weapon can be of use, the Tiger (added to the roster when either Freya or Miho come on board) has a speed boost option and does a bit more damage and the almost mythical Dragon, which I believe is discovered on only one path to the Judge4101's hideout, has no special weapon and only fires a single shot at a time... but that shot is almost an entire screen high and does severe damage to any biotech it touches! 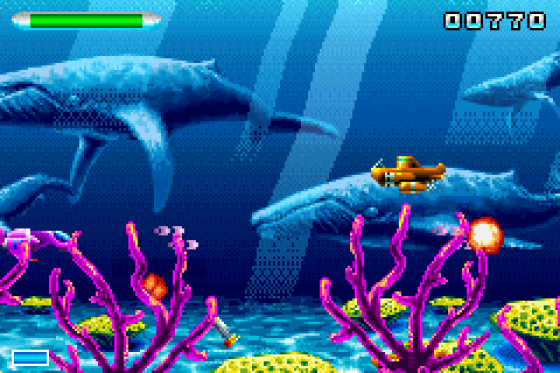 The unusual feature that makes World Reborn stand out is that, essentially, developers Neopong have tried to blend a shoot 'em up with elements of a role playing game; the characters and ships all have experience points that can be increased by taking them into battle (or by collecting XP power-up capsules), there's a coherent storyline running throughout which accounts for the branches and even has a betrayal sub-plot. I'm not sure how well this actually works as a concept to be honest because, whilst the shooting action is good, the player gets one life with a shield to protect it and if that is lost a continue is offered; fairly average going for an RPG from my experience, but most seasoned shoot 'em up players will find this annoying because very few of them play with continues and it means that a game with quite a long playing time needs to be completed on a single life. That plot can be somewhat annoying as well, there's a lot of back and forth dialogue between the characters that could probably have been pared down a little and, although the aforementioned sub-plot was a nice touch it doesn't really go anywhere interesting or even plausible. As a general hint, the player is usually rewarded for being the nice guy and one of the rewards is really worth the effort; taking the fastest route to the Judge usually results in getting blattered quite badly.

This does have to be applauded as a brave attempt to do something a bit different with the shoot 'em up genre though; the changes to the overall mechanic do make it quite a difficult game for those who refuse to use continues (and I fell into that camp to be honest and didn't even use the codes issued after each level) and, depending on the route taken, things can get very hard indeed. However, World Reborn is still playable, looks and sounds professional with lots of variety throughout and the way the new weapons are introduced is an interesting twist - having more than one way to complete the game gives it a long term appeal that conventional linear shoot 'em ups can sometimes lack and it ensures that there are lots of reasons to play through it again once your mission has been completed.

A brave attempt to do something a bit different with the shoot-'em-up genre, though things can get very hard indeed. 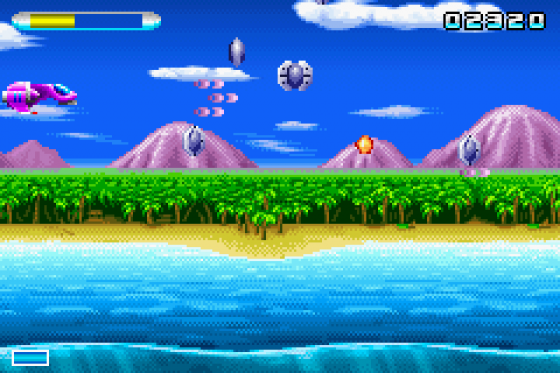 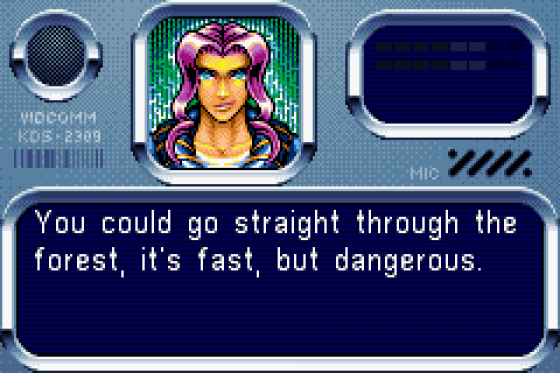 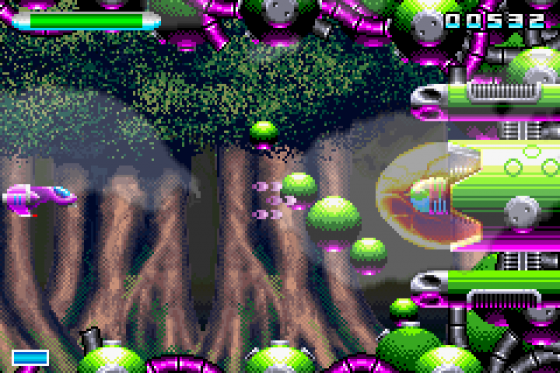 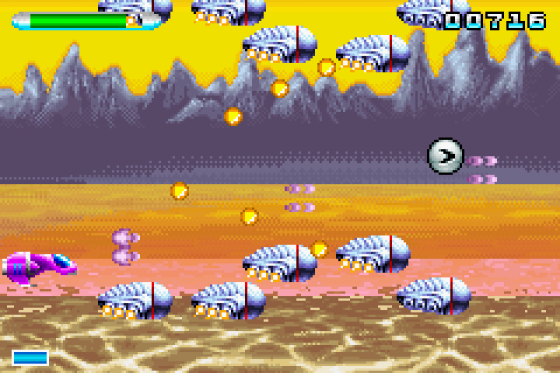 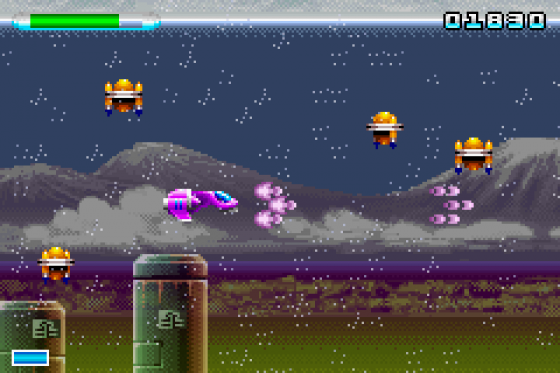