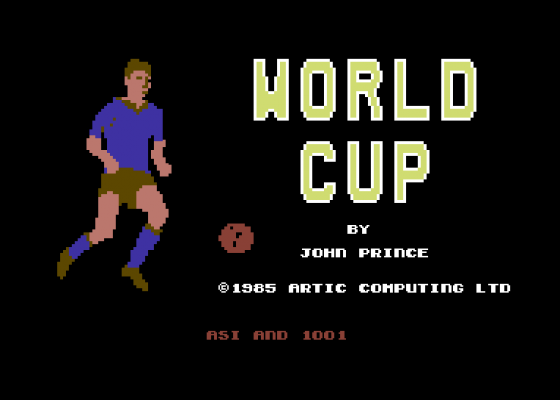 The game takes place on a football pitch roughly three times the screen length. It follows a similar format to that of Commodore's International Soccer in that you are given a 3D panoramic view of the pitch. The match is viewed through a scrolling window that follows the movement of the ball.

Each team has six players with each player displayed as an expanded multicolour sprite. When the game starts, the players come running on to the pitch and take up their positions up and down the field. One of the teams is awarded the kick off for no apparent reason and the defending team has to wait until the kick off has been taken until they're allowed to move. 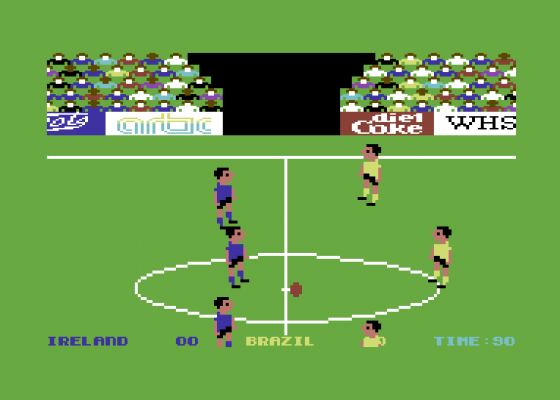 Unlike International Soccer, in which you play the footballer nearest to the ball with the computer switching control automatically, you have a limited control over the player you wish to use. To change player you press fire and you can then move to the player in your team nearest to the ball. The other players that aren't being controlled just stand still in their allocated places. When you've finished using a player, he runs back to the position from where he started.

The goalkeeper moves into action whenever the ball comes near him. The options you have are dive left or right. To do so, move the joystick in the direction you wish to dive and hit the fire button.

If you play the computer, it obeys the same rules that apply to you and is only allowed to move one player at any given time. The match is played over two halves, with a short graphic intermission as the teams run off and then run back on again to take up their places. Corners and throws are awarded, but the program doesn't allow for offsides. Also included is a pause facility and the option of having a tune played during the match. 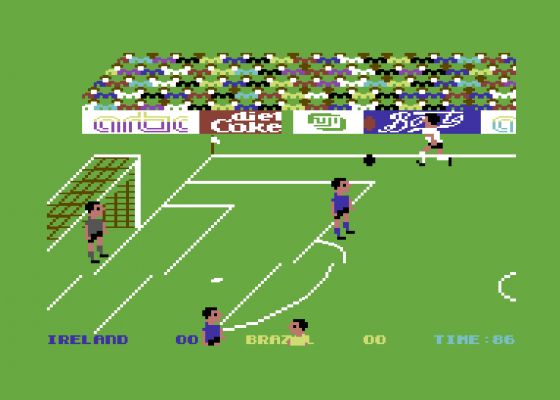 If anyone releases a football game then it's bound to be compared with the excellent International Soccer, the apex of football games. This one isn't too bad and is presented in similar fashion to IS and has music (on-off facility thank god). Animation is average, but the ball doesn't move very realistically. There's a nice touch with a footballer leaping into the air when he scores, the only trouble is that it seems to take a few seconds to sink in when he scores, and about the same amount of time for him to float down when he finally jumps into the air to celebrate. The game is relatively cheap and is definitely better then most in its class, but I still think Commodore's soccer has yet to be beaten.

After International Soccer setting such a high standard for this type of game, any product of a similar style would have to be of a very high quality to make much of an impression. I'm afraid that World Cup II doesn't really live up to the example it has been set. The only new features are the muzak and the competition structure, although the later can be a drawback because if you want a one player game you may only want a couple of games at the most, but because of the competition you are forced to play seven games. If there was an abort function it wouldn't matter, but there's no way to restart the game apart from playing the competition all the way through. The graphics are very blocky and smooth scrolling isn't used. The football itself knows little about inertia or gravity and makes World Cup II all the more unrealistic. I'm afraid that after International Soccer, World Cup II just doesn't make the grade. If it were budget software I might be a bit more merciful, but for the price Artic is asking, it really isn't worth it. 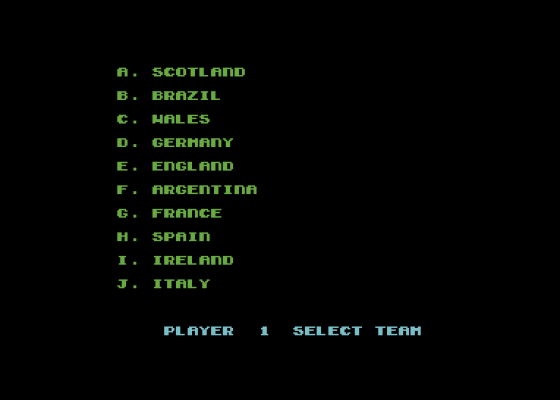 Lastability 48%
Okay if you're playing two player but computer is easily conquered.

Value For Money 62%
Relatively low price but maybe it'd be better off as budget software.

Undetailed sprites wobble about the screen... cheap sounding and annoying tune, and the computer is easily beaten. 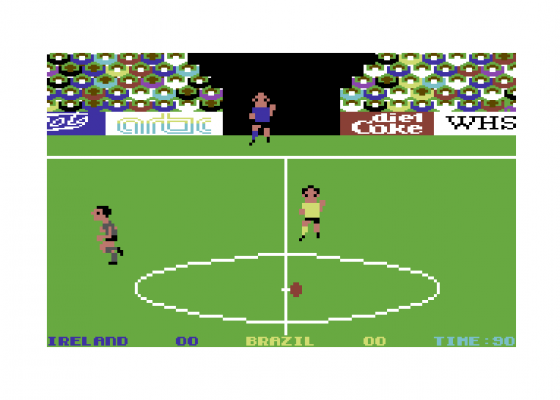 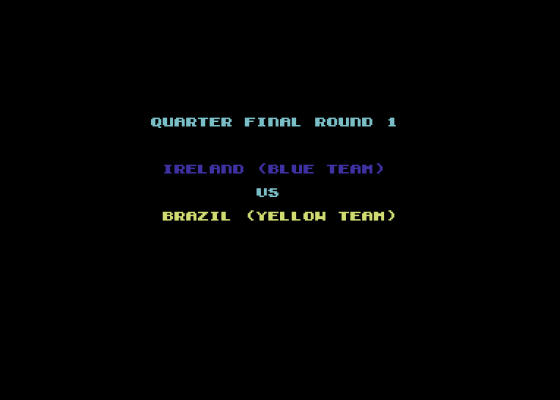