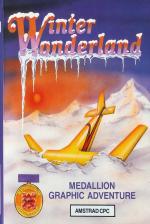 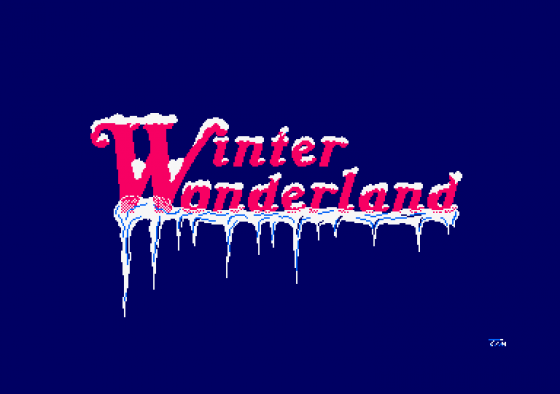 Not content with hunting for Apache gold, Incentive is also busy investigating lost civilisations amid the snowfields of the frozen mountain ranges of Tibet. On a mission to check out the evidence for the aforesaid civilisation you come a cropper in your plane and have to strike out on your own across some very inhospitable territory.

Winter Wonderland features the usual GAC format, though I didn't think the graphics were quite as good as Apache Gold. Perhaps that's because it's rather more difficult to draw convincing snowscapes than it is to draw wigwams. The puzzles in the first part of the game aren't that tricky either - once you've learnt to avoid thin ice and mastered the use of a flare pistol.

There are the normal parsing disappointments here. Despite GAC's ability to cope with complex inputs the game is only as good as the programmer and, for example, the input "WEAR SNOW SHOES" gets you the response "Just ignore it" simply because the program was expecting "WEAR SNOWSHOES"...! Ah, well.

Having found your way out of the snowfields and the neighbouring mountains you stumble across a Shangri-La-type city complete with hotel and receptionist ("We've been expecting you..."). From there on the game takes on a rather cosier aspect, but the puzzles make up for this by getting somewhat tougher.

Not bad, but then you are paying £7.50 for it and I can't help feeling that this game - and Apache Gold - should have been released at a considerably reduced price. GAC is a great utility and Incentive may justifiably regard it as a licence to print money as well as a program to produce games, but in this case I don't think it's going to pay off.

The game's not bad, but then you are paying £7.50 for it and I can't help feeling it should have been released at a considerably reduced price. 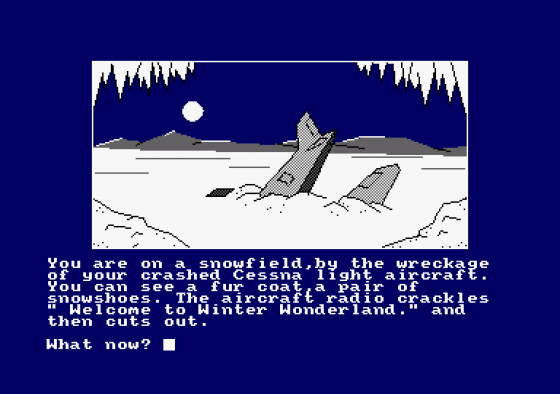 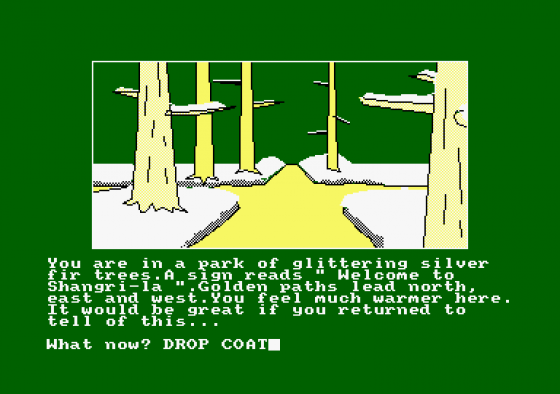 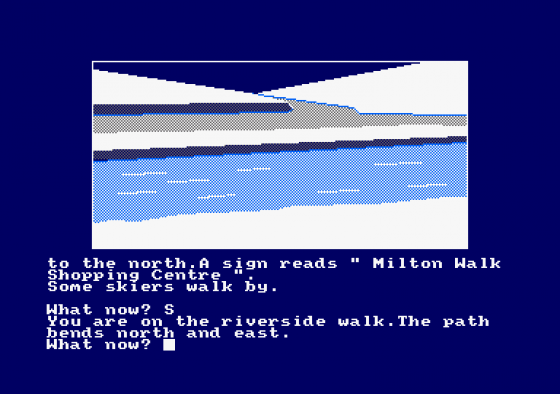 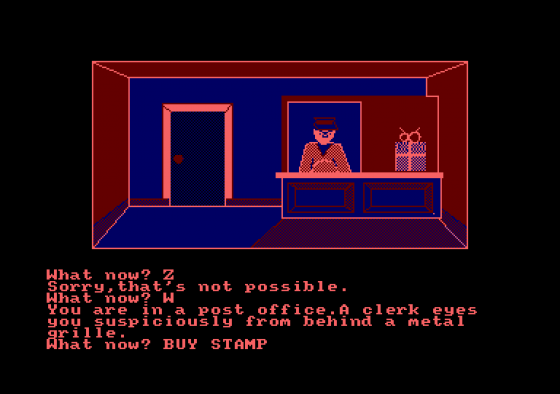 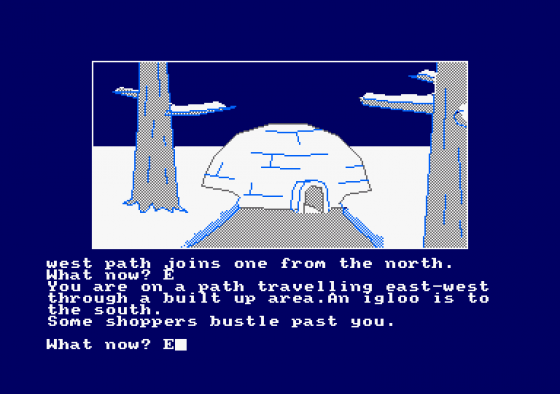