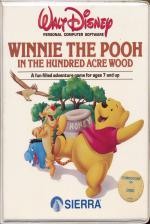 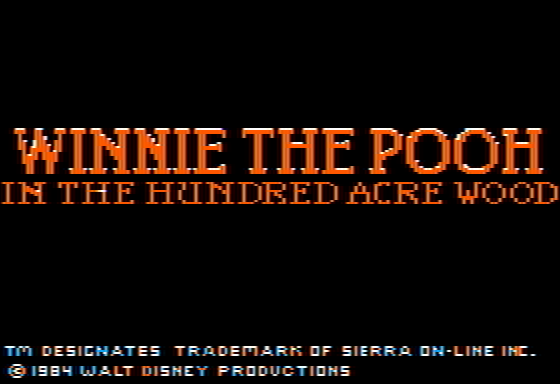 Unashamedly a game for kiddies, Winnie The Pooh is set in the Hundred Acre Wood. All the residents of the wood have lost something, and are waiting for someone to return it to them.

Become their hero, by returning all the objects, and have Christopher Robin and his friends throw a party in your honour!

Pooh starts in the company of Teddy and a pile of bricks in Christopher Robin's playroom, after a short title screen to the accompaniment of the well-known Winnie the Pooh tune. A novel feature is hidden in the toy box, for inside is a disk, and it is here to where the player must return to save the game position. 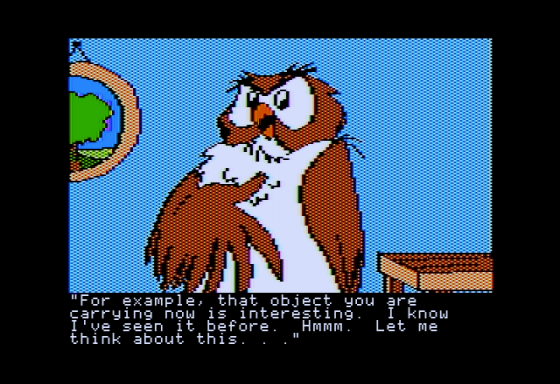 Once in the woods, when you meet up with one of the characters, you are given a clue about what object he wants. For example, Mrs. Kanga is neat and tidy, so if you come across a broom... And there's her son Roo, who loves playing in his sandpit.

When the correct object is dropped by the appropriate character, the player is rewarded with a little tune. However, the objects change from game to game, making this a game that can be played over and over, without being an exact repetition.

There are hazards too. If Tigger gets hold of you, he will bounce you to a random location. Sometimes the wind blows (You can hear it!) and scatters all the remaining objects to different locations. On other occasions, a mist comes down and you lose your sense of direction.

This is a very easy game for youngsters to play. After short text narratives, the player is given a number of options and suggestions about what to do next.

At the successful conclusion of the quest, Christopher Robin invites the player to his party - but the location has to be discovered! It is worth it, too, for here is a picture that is a joy to behold, and a tune to congratulate the junior adventurer.

The graphics are excellent, quick to load and draw (especially for a Commodore), full of colour, and in a cartoony style worthy of the Disney name on the label. Altogether, a game to be highly recommended for younger children not yet into full-known adventure games.

A game to be highly recommended for younger children not yet into full-known adventure games. 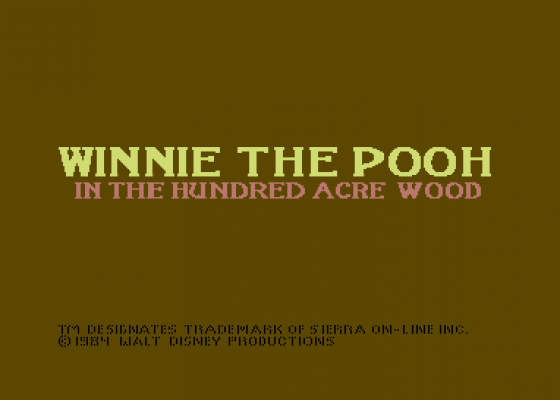 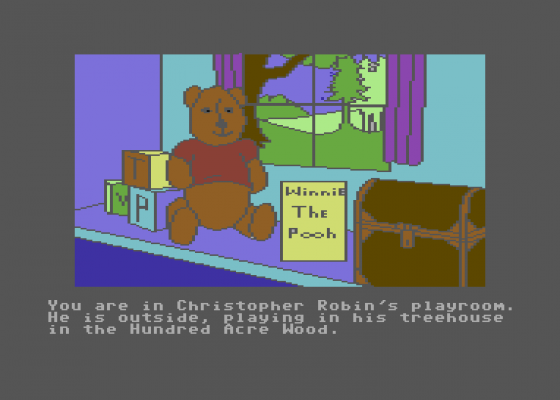 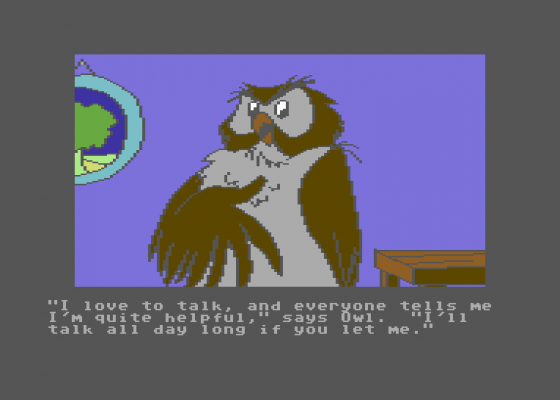 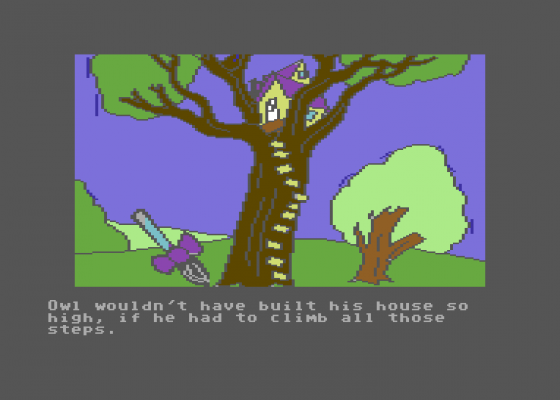 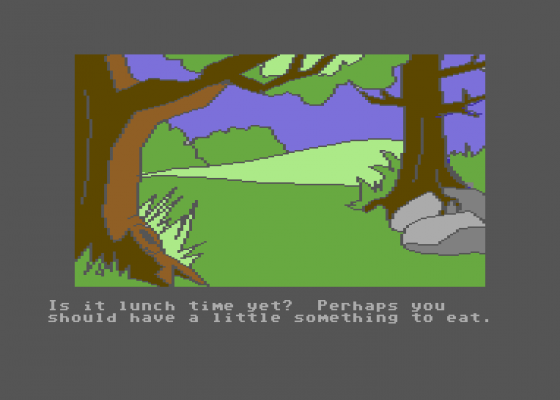 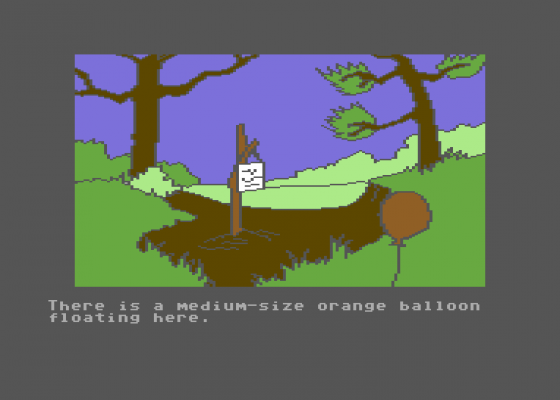 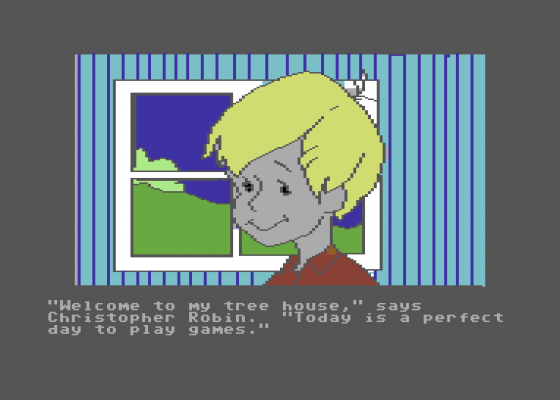 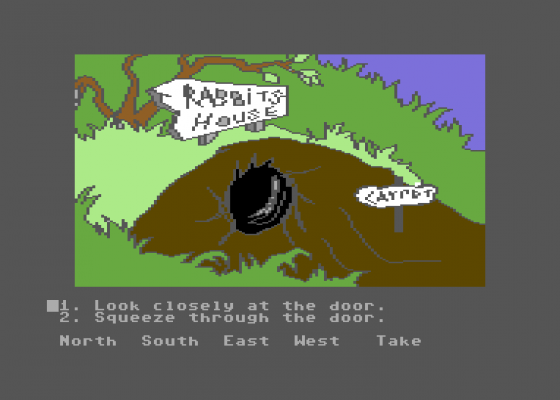 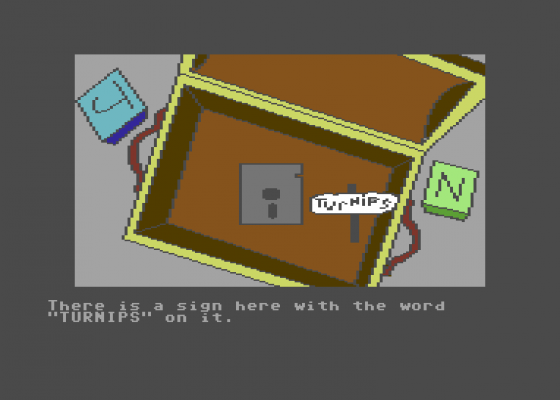 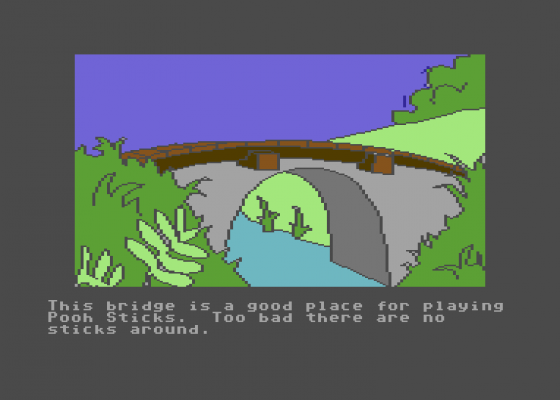