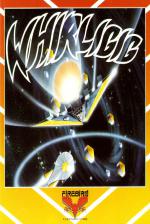 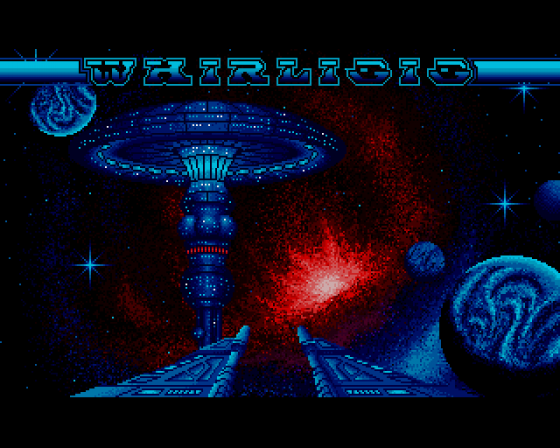 Scientists have discovered a whole new network of universes. As each universe acted like a section of ordinary space, these areas were dubbed 'realspace' or 'Eigenspace'. Between them lie spacial warps, which are linked by gates to the Eigenspaces, rather like a funhouse maze. For this reason the network was dubbed the "Whirligig".

Well, if you understood all that then it's probably time for a rest in your rubber room! What the game entails is a search through some 4,000,000,000 spacial spheres (aaargh! That's nine zeroes!) to find the five tracts of Perfect Space wherein reside the Perfect Solids, which will yield the secret of time travel. With this, you can go back in the fourth dimension to a point in the cosmos untouched by squalid lifestyles and apocalyptic wars in space. Apparently, that point is on Earth in the year 1988.

Each level is chock-a-block with malevolent aliens who will stop at very little to get your craft disintegrating into the ether. Luckily, your Meson class fighter has two defence mechanisms - homing missiles and chaff pods which are a form of intelligent mine. Fire a missile when nothing is around, though, and it might just lock on to your own ship and blast you up the impulse engines! 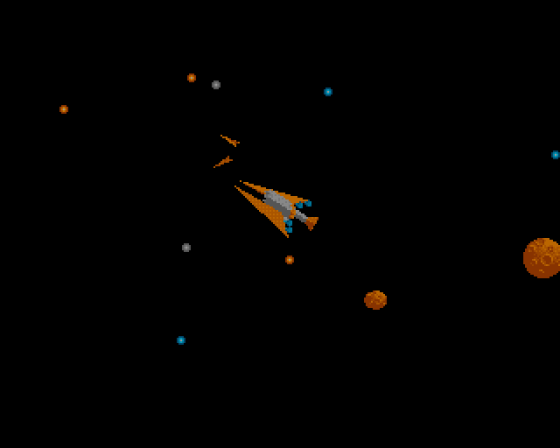 Missiles, chaff and fuel are all in limited supply, so one trip through a packed Eigenspace can leave your reserves low, forcing you to restock at supply depots.

Guiding your ship through a stargate places you in gatespace through which you are transported to the next sector; the network of numbered Eigenspaces and stargates is based on certain rudimentary mathematical relationships and formulae. The key to success is to use these to plot optimum routes to the five areas of Perfect Space, numbered 6, 28, 496, 8,128 and 33,550,336. Space Invaders was never like this.

This review has been really hard to write. The game is difficult and confusing, the instructions are tedious beyond belief and there is no story to work from. What was I supposed to do? But now the easy bit; what do I actually think? Well, to be quite honest, I *hate* it! 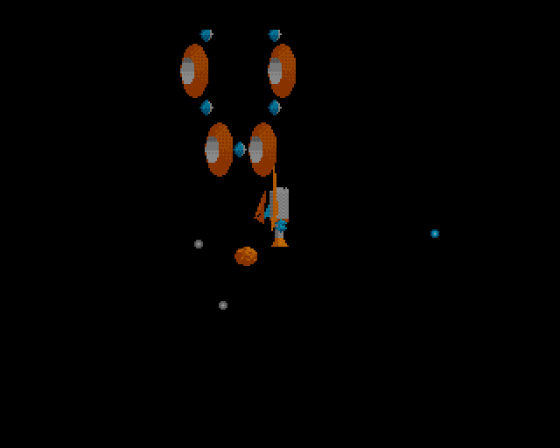 The layout of the game is very much like one of the 'traditional' Star Trek games with the addition of a shoot-'em-up. Now, this would be alright if the Star Trek-like bits were controllable and the shoot-'em-up bits were playable - but they're not.

Instead, the status screens are all front and the ship-blasting sections are incredibly difficult, often to the point of frustration.

Why Maelstrom decided to use a 'continuous' rotation system instead of an Asteroids-type control method, I don't know. I always seemed to whizz around in circles trying to fly a proper course. 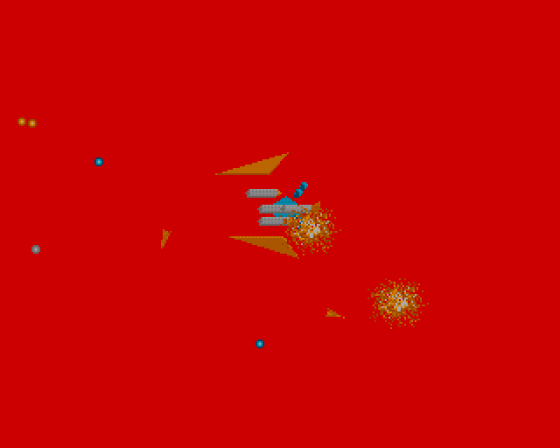 The instructions aren't very helpful either, relying on clever-clever maths formulae to fill the space rather than giving useful information. There's nothing more I can say except that I *really* dislike this game.

Ever since Lords Of Midnight, Mike Singleton has made a selling point of packing loads of locations into his games, and Whirligig is no different.

I have to say, though, that for all its four billion levels and fancy spinning graphics, Whirligig just isn't very playable. Progressing through dozens of Eigenspaces which don't radically vary in their content is tedious enough, but the boredom is exaggerated by lengthy pauses between levels. 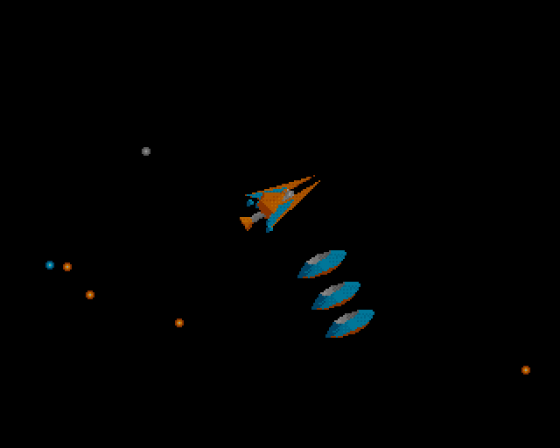 Ship control is also a real pain in the neck, as the mouse is just too vague for the control method. I'm sure Whirligig is technically terribly clever, and the mathematical structure of the game is intriguing, but whether it's worth shelling out £25 to play is highly questionable.

Presentation 34%
Packed with annoying delays, the control method is unruly and the instructions extremely vague.

Graphics 57%
Large and well defined, but lacking in variety.

Hookability 22%
If you can understand the instructions after about a week, then you might get somewhere.

Overall 38%
Technically clever, but that's the problem. It's too clever.

Technically clever, but that's the problem. It's too clever. 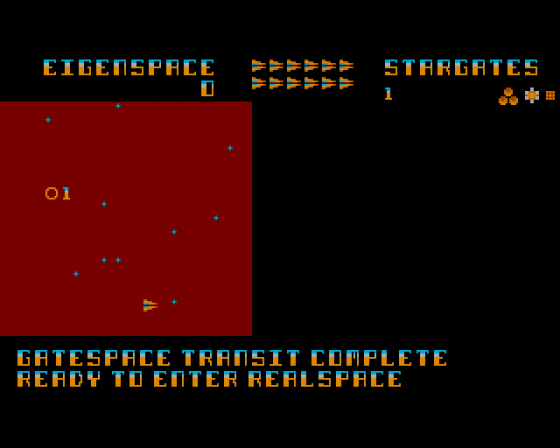