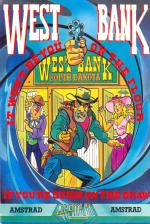 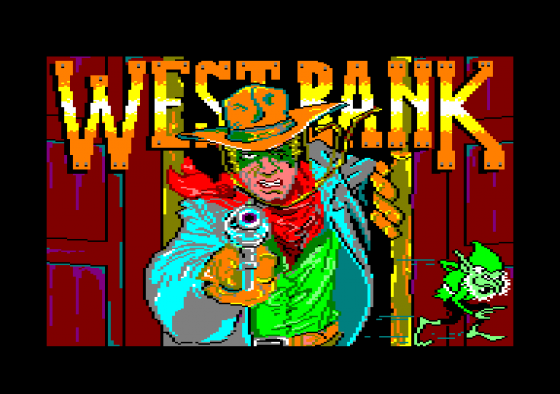 There have been attempts made before to establish a "mid-range" price for software at about the £3 mark. Previously they've failed, but with prices soaring at a discouraging £10, the time may be ripe. Personally, I hope it succeeds because this is a good game and I've always felt that £10 for a cassette game and £15 for a disk is far too much - it actively discourages people from buying software.

Enough preaching. The game is an arcade test of reactions and observance. You are in charge of a bank in the Wild West and have to protect it against the many wicked would-be robbers. However there are also innocent civilians merely trying to put money into the bark.

Three doors open and close on the screen, revealing one of the motley characters. You'll need to become familiar with each one and watch behaviour patterns. Some deposit money: others shoot quickly. Some you must watch carefully: they may draw their six shooters or just pass quietly on. Two nasty pieces of work will even barge in on an innocent character. 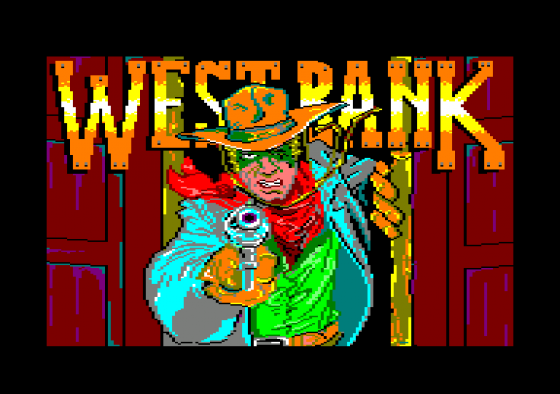 You have to collect money at each of twelve doors, then you can pass on to the next level and more, faster characters. At the end of a level you have a shoot-out with three characters. If at any stage, you shoot an innocent character or get shot yourself you lose a life.

The graphics are excellent and the gameplay quite addictive and demanding. Definitely worth the price.

This has pleasing graphics and enough gameplay to justify its price. I became more frustrated the further I proceeded: the game gets harder but the tasks remain the same. 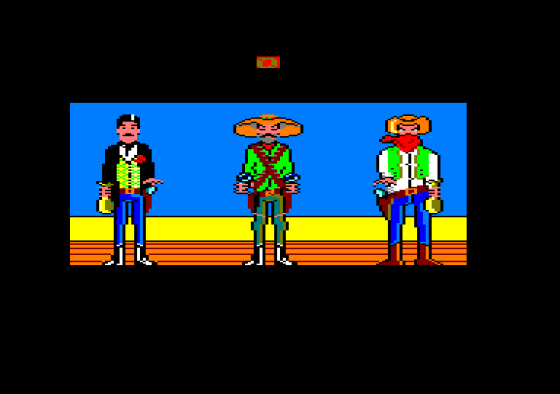 Staying Power 67%
P. As the game continues and concentration slips, it gets harder and harder.
N. Lacks variety so it will lose interest.

The graphics are excellent and the gameplay quite addictive and demanding. 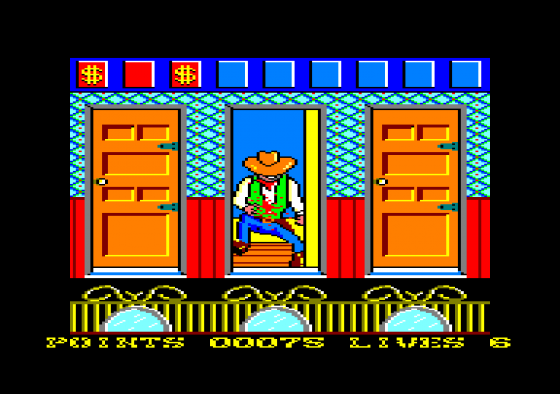 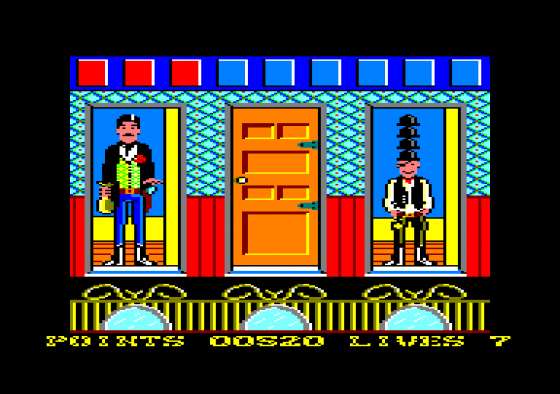