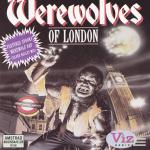 Picture the scene. A figure sits before a flickering screen in a darkened room in Olde London Town. Through the window a full moon can be glimpsed behind scudding clouds. The wind moans fitfully.

Suddenly, a transformation comes over the figure. His eyes gleam like a cat from a face that looks unnaturally hairy. He throws his head back and howls.

Remember, The Bride Of Frankenstein? Well, Werewolves Of London is also from the same people, Viz Design. And given a straight choice between the two games, I prefer Frankenstein. With Werewolves I found there was just a little too much wandering around with, apparently, not a lot to do.

You play the part of a poor old chap afflicted with lycanthropy, a socially unacceptable condition which means you transfer into a werewolf when the moon comes out and subjects you to an uncontrollable bloodlust.

This curse was put on your family in the dim and distant past by an "arrogant family of Sloaney-types". Okay, yah! The only way to rid yourself of the curse is to kill and kill and kill - especially Sloanes. You recognise these because of the crucifix which appears when they are near.

The action ranges through the streets of London over the rooftops, into the sewers and the underground train network. There are objects to find and collect. For example, a torch is very handy to take down into the sewers or train tunnels. Otherwise, you spend a lot of time blundering around a dark screen.

You kill simply by jumping on people and savaging them. But you don't have things all your own way. The police are out to catch you. If you get hit by any silver bullets you lose blood. This is seen gruesomely dripping away from what appears to be a plastic plasma bottle under the playing area. You replace your life juice from the bodies of your victims.

If the police catch you, they put you in a cell where you must remain until you transform back into human form. You can of course try to escape. Take a look at the cell floor with the manhole cover. If you've picked up the right object to move it.

The reverse of the cassette will include the Werewolf Rap - Silver Bullet Mix for you to enjoy while playing the game.

Personally, I found there was just a little too much wandering around with, apparently, not a lot to do. 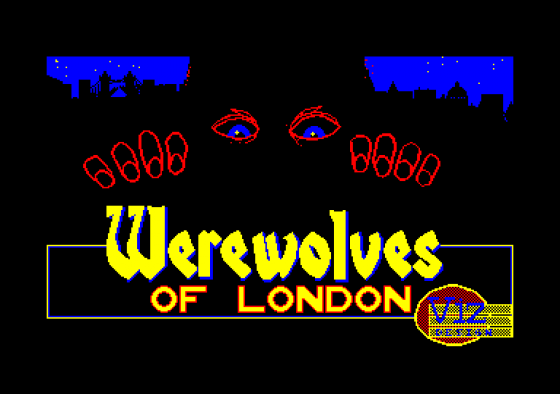 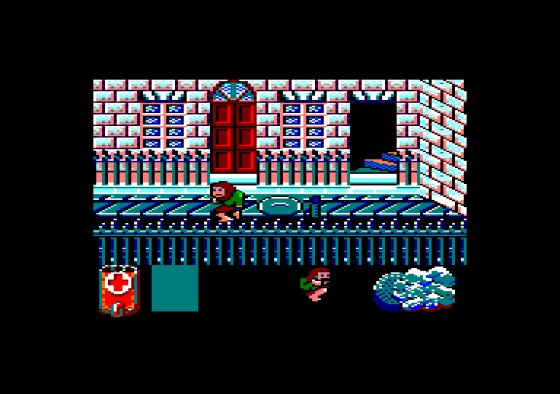 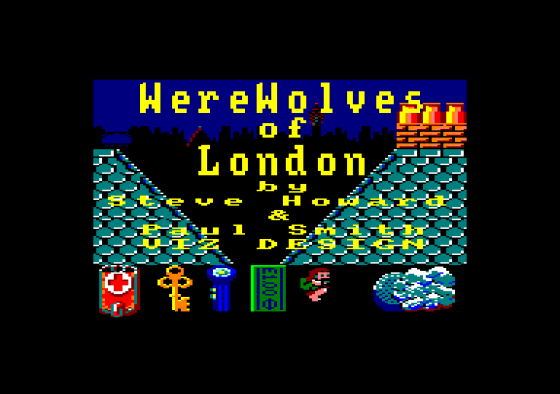 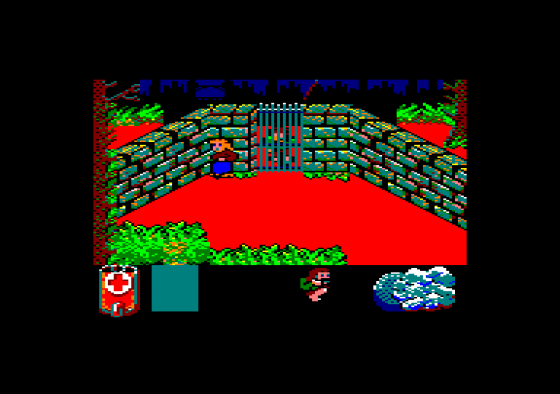