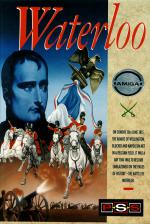 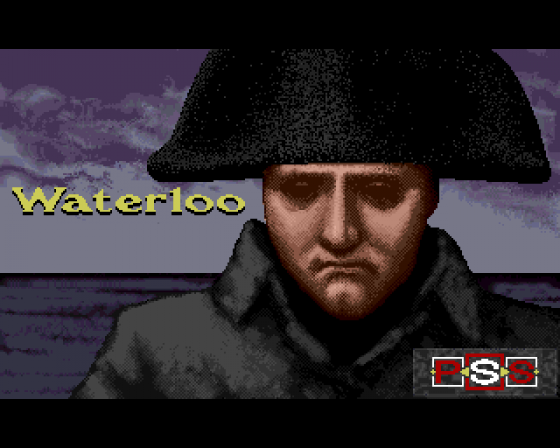 Waterloo provides an almost unique approach to wargaming on the Amiga, with only Rainbird's U.M.S. currently offering a similar style of presentation. The battlefield and ongoing conflict is viewed in solid 3D with buildings, roads, hills and army units all in accurate perspective. The viewpoint can be changed through all four compass directions and the battle even viewed through the eyes of Corps Commanders if necessary.

Another of Waterloo's innovations lies in the command/order system. Seven types of order can be input via typed in commands using a relatively unsophisticated parser. Once input, the order follows down the chain of command, you as leader having most influence over your Corps Commanders' decisions and through them their lower ranking officers.

An example order might take the form of 'Wood [the name of the Commander] At 3:30pm Move To Mon Plaisir' or even a more complex 'Drouot Shell the Enemy Infantry at Lobau for 1 Hour'. Orders take seven basic forms (Basic/Battle/Support/Report/Transfer/Strategy/Defence Attack Line). Using these, units can receive or give support, transfer forces, change tactics to any other of five types (from Attack to Retreat) and create formations on the front line prior to battle. 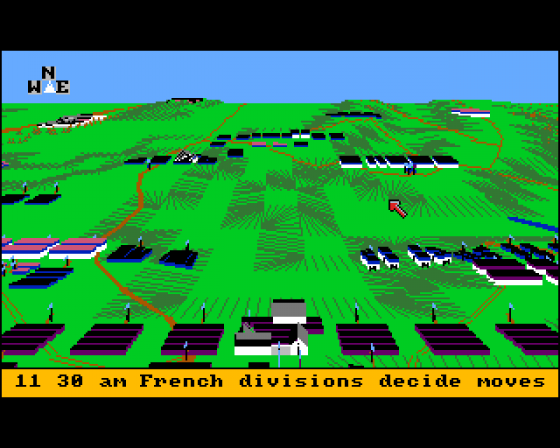 Forces adhere to your commands but use their own initiative when faced with small scale, localised battles. This limited influence, chain of command system is a very neat touch lending a lot of realism to the game. Once the initial problems of communication are overcome the parser becomes relatively easy to use although an incorrect manual didn't help the situation.

Morale, troop quality and artillery-provided cover all play a crucial part in combat. Using artillery can be a little tricky as the 3D effect isn't perfect and units at the half mile maximum range are unlikely to take serious damage if fired upon. Distant units are difficult to pinpoint, and examine with the cursor, but the manual details the officers in charge and through them the control of small units is possible.

Messenger riders can be sent out with orders to Commanders. If shot the message simply doesn't get through - this can prove disastrous if you're aiming for an all-fronts attack. Requesting that Commanders send back battle reports is the best way of keeping up to date with current conflicts and on-screen reconnaissance can often help Messengers avoid danger. 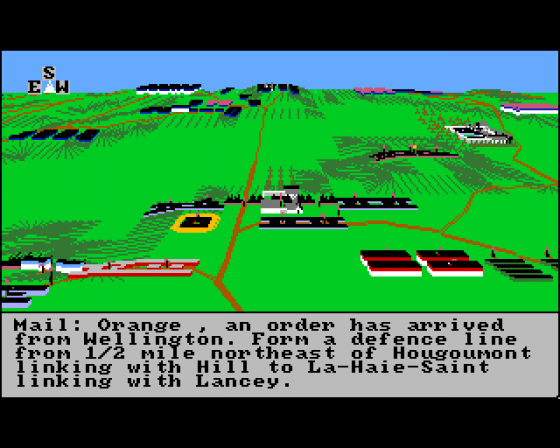 The instructions also point out that certain aspects of the actual battle have been omitted - regiments can't be split into smaller units to handle skirmish-sized battles and demotion/promotion of officers is not possible. Of course, the game functions well enough without these factors but if they had been incorporated smaller battles mingling with higher level army clashes would have provided a lot more data for budding force Commanders to cope with.

The play in Waterloo is challenging with the 3D approach adding realism to the conflict. The actual events of the real-life battle can be re-enacted but of course the real strategy lies in changing the orders and attempting to win the battle yourself. The computer opponent can be very subtle at times but when you see enemy flanks linking up, you know a big push is on its way.

For all its strength in play, the presentation could have been considerably better (given memory space). Combat is accompanied by miniscule graphics of cannons and muskets firing which sadly add little to the atmosphere of the game. There's no animation of moving forces but the 3D view more than makes up for this omission. Indeed, despite the slow screen update the graphic quality is a lot better than in most other wargames, if not all others.

Welcome back PSS, you've come up trumps with Waterloo - now what about a more modern scenario?

Challenge 88%
Napoleon can prove a most vicious opponent. There's also a certain amount of challenge in exploring the use of the parser and more advanced tactics.

Authenticity 82%
The 3D views together with accurate placings of major units according to the historical battle go a long way to providing realism. Trying to command or observe distant forces can be a problem however.

Overall 86%
PSS have been quiet of late but Waterloo reaffirms their position as a first division company. A strong game cleverly executed which will hopefully pave the way for more of the same.

A strong game cleverly executed which will hopefully pave the way for more of the same. 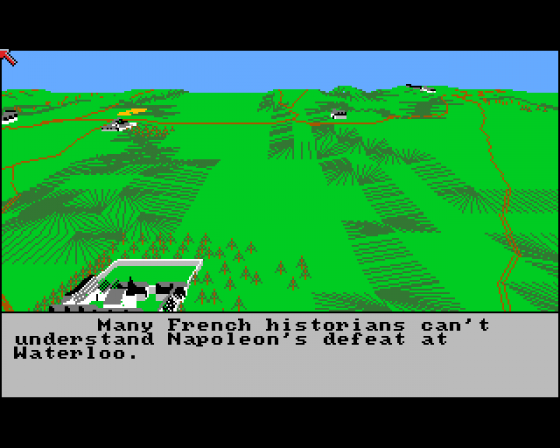 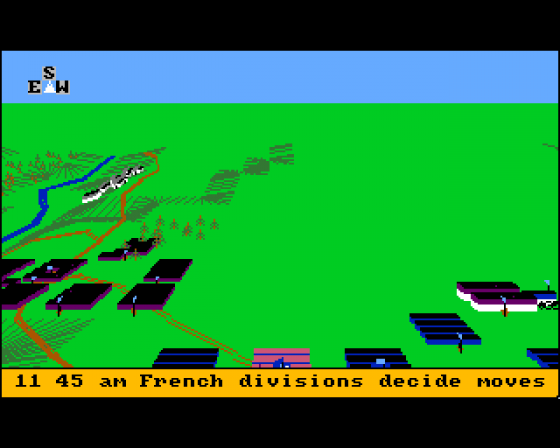 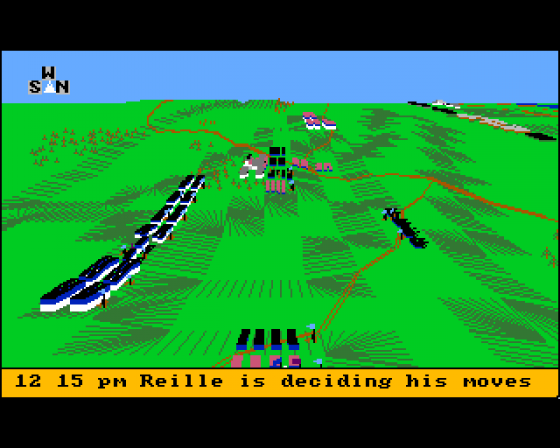 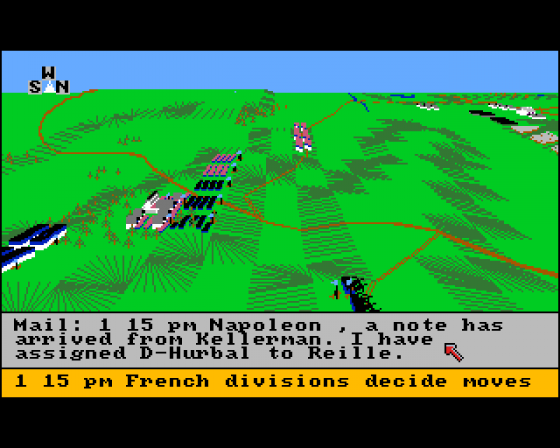 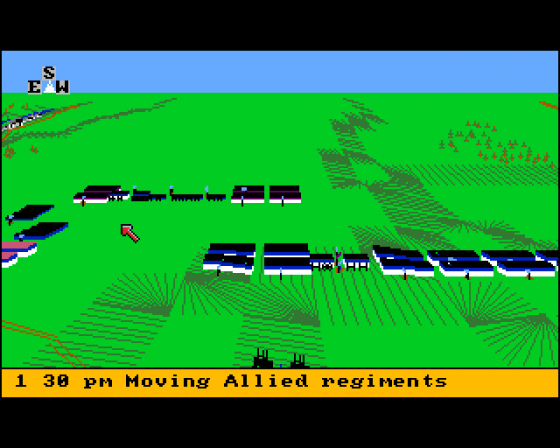