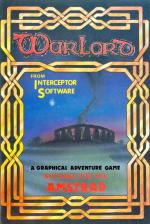 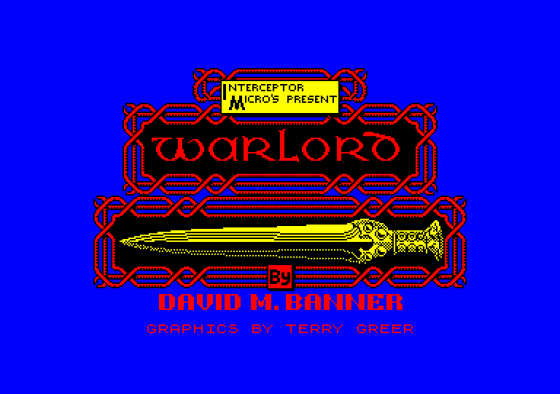 The Roman and Celtic gods have become personally involved in the battles taking place on earth, and both are trying to force a conclusion in their favour. Open warfare between the gods is imminent, and fearing that the world could be destroyed, a truce has been called.

A mortal champion from each side is sought, and transported into one of the Celtic Otherworlds. The outcome of the war will be decided in favour of the winner.

The Romans have chosen their finest centurion, and the Celts have their Warlord - you! 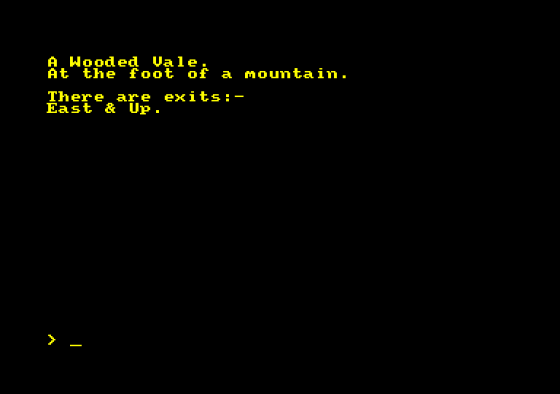 As the adventure opens, it is an easy task to set forth from a mountainside and start to unlock the secrets of the Otherworld. Gods from both sides pop up all over the place, some helping with a gift and a smile, whilst other set about doing all they can to slow you down.

After a speedy start I quickly came to one of those spots that everyone experiences at some time or other in an adventure - the immortal words "Nothing special happens". A quick plea to the Helpline (thanks, Adrian!) soon solved what turned out to be a truly salty problem, and I was on my way to the next meeting with the Gods.

One rather strange thing I noticed whilst playing this adventure was its funny habit of letting you solve a puzzle without letting you know!

For example, the first time I went through an enchanted wood, the path was clear and easy to follow. The second time, I was not carrying what I had taken to be a rather useless staff-like object, and without warning, some very strange things began to happen!

Warlord is a split-screen graphics and text adventure for the Spectrum and Amstrad computers. There are about 100 locations, but only a few of them have a picture. The Amstrad graphics are far superior to those on the Spectrum version.

There are about 100 locations, but only a few of them have a picture. The Amstrad graphics are far superior to those on the Spectrum version. 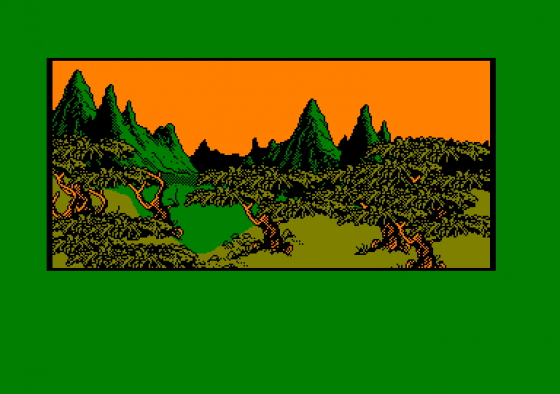